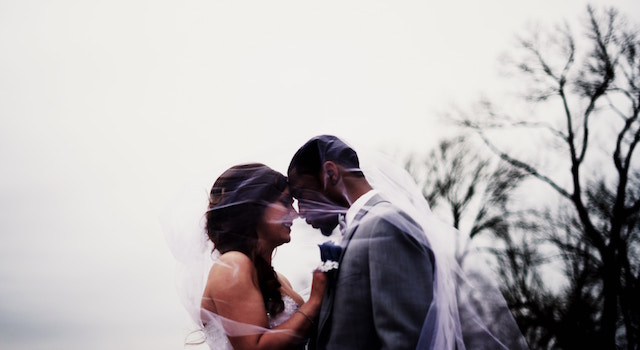 Why women don’t trust men, how men deal with feelings and more. In these two essays, Steve Horsmon and Grace Cooley shed light on the complexities of marriage and what it means to be man and woman.

Do you know why romance and sensuality novels for women are so popular?

Short answer: the authors know exactly how to give women that feeling.

That feeling has many facets and she loves them all. She tingles with the flirtatiousness of the conversation. She blushes at the boldness and sensual innuendo. She craves the unapologetic desire. She wants to be “taken” by her man. The sexual polarity and tension has her on pins and needles of pleasure. She is aching for the climactic release from this torture.

And he doesn’t quite get it. He can read the same passage and have a lukewarm response.

Sure, it’s a little titillating. But it’s not the kind of “romance” language he has told me he is longing for.

He is a long-time, married man who is just dying to star in a different scene.

Just as he struggles to understand her emotional reaction to those scenes written for her, she can also be clueless about his deepest desires. And it’s not a sex scene.

To him, it seems she just doesn’t understand (or doesn’t care?) why reading this scene will almost always bring a tear to his eye and a lump in his throat.

More than anything, he wants that feeling, and only she has the power to supply that.

The Romance Story That Can Make Men Cry

“They were finally alone. He had been looking forward to doing this for months and she finally agreed to a getaway for just the two of them. The kids were with grandma and they will finally have a chance to reconnect as a man and woman—not as dad and mom.

“Their truck was cruising west on the hot desert highway into a beautiful sunset as one of their favorite songs from high school came on the radio. They both started humming the song and broke into the chorus at the exact same time. They both laughed and smiled without talking as the song ended. After another few miles, she gently reached across the top of the bench seat and her hand her found the back of his head. Her fingers rolled and massaged through his hair as she delivered the most loving half-scratch, half-massage treatment he hadn’t felt in a long time.

“He caught her looking at him out of the side of his eye and said, ‘What’s that look for?’

“She kept eye contact and grinned as she said, ‘This was such a good plan. I’m so happy you’re my man. Thank you for making me go on this trip. We both need this, don’t we?’

“As they pulled into town that night, he realized he had not even noticed the last 100 miles. While his truck found its own way, he had been traveling on Cloud Nine.”

Many women reading this will think I’m full of crap. The men know I’m not.

Remember, the leading man in this story has been married for 14 years, has three kids aged 13, 11 and nine, and he lives in a rat race of work, relatives, friends, home maintenance, and weekend soccer tournaments.

Yet he feels that she no longer wants to be that woman for him. She gives herself and her energy to just about anyone but him. And it makes him sad. It makes him fearful of his future. The sadness and fear show up in his life as anger.

The Truth Behind A Man’s Anger

Anger of this type is a secondary emotion. It is a reaction to the thoughts of what he believes he has lost and of the fear of where he thinks he will wind up.

The dream of “happily ever after” for most men includes the idea of a long-term, committed, romantic and sexual relationship with a woman who shares his values and desire to maintain a healthy, trusting, respectful, and intimate relationship. The dream is full of good feelings, supportive words and loving actions.

For many men, it feels like this dream is dying right in front of him and there is no way to stop it.

He’s been working hard at being better. He wants to be a man that he can be proud of. He wants a woman who is outwardly proud of him and openly appreciates him.

Most days all he needs to keep working is a good head scratch and a loving vote of confidence.

What is she thinking and what should he do?

A Woman Responds: Letter to my Past & Future Lover. ~ By Grace Cooley

Why can’t we touch you in affection right now? Why does it take so long for us to open up to you again, to have sex again?

It all boils down to trust and safety. These are major needs for women.

Please keep in mind that from birth, girls are taught not to trust men. We are all taught, at a very young age, about how to dress and not dress, how to act and not act, where to walk at night, when it is okay to walk alone and when not, don’t “lure” men. Don’t trust men.

To make my point: I knew a young man years ago who was a cross-dresser, taking hormones and considering sex-change surgery. When dressed as a female, he very much looked like a very attractive woman. One night while walking home alone dressed as a woman, he was sexually harassed from across the street by a group of men. They followed him for more than a block, threatening to rape him. Thankfully, they finally gave up and left.

This had certainly never happened to him as a male. He told me it was the most frightened he had ever been in his young life. He had never had to think about whether he was walking alone or not, never thought about having to plan his clothes and his walking route differently because he was a woman. This is something, unfortunately, that all women have to think about on so many levels—safety. This is in the “DNA” of every female.

I want to be very clear. I am not saying that every man is inherently violent or unsafe. I am also not saying that it’s okay for a woman to see herself as a victim of society. I am saying that in our world, out of necessity, women are taught about their personal safety. It is the world we live in. To women, touch not accompanied by emotional safety is scary.

Reason Two: We Need you to be Strong in your Masculine Energy

And without that safety, we are closed to you—and often even to ourselves. We are waiting for you to offer us strong, directed, safe, Masculine energy. We need to know that you are in it for the long haul, that when we open up and let you see this Pandora’s Box of emotions, you are going to stand strong and not retreat.

David Deida puts it this way: “…if you don’t trust your man because he is undirected, scattered, ambiguous or otherwise weak in his masculine energy, this will undercut your relationship, reducing your passion, your sexual attraction and your trust of each other.”

It is not that we don’t want to touch you. We know it’s important. We’re afraid to touch you in affection, because we have seen in the past that you take that as a green light to sex. We don’t feel safe enough yet to have sex. We do not want to send you mixed messages.

When you keep touching us before we trust you enough for that and if you continue interpreting our simple affectionate touches as a sexual green light, you erode the trust even further. In fact, you risk destroying any new trust that might have recently been established.

Please take sex off the table.

Don’t get me wrong, we women love attention, touch and sex! That simple hand on the small of our back as we walk through a door tells us wonderful volumes about your love and respect for us, your desire for us. We women want and crave that too and will always want more of it—unless we are not feeling emotionally safe, unless we feel, even subconsciously, that we cannot trust you for some reason.

One woman tells me, “I’m afraid to give in, because every time I do, he becomes an emotional child again and stops doing all the lovely things he was doing to woo me. He starts ignoring me again and taking me and the relationship for granted.”

The Proverbial Bottom Line: Women Are Afraid of Getting Hurt

Most women are afraid to open their hearts again to their man, because the only thing worse than getting our hearts broken by someone new, is getting it broken by the same man over and over again. It is too painful. (Read: We love you.)

We’re thinking things like: What if he really can’t (or won’t) stand in his Masculine energy for us? What if he can’t be impeccable with his life and his word? What if we open this huge dam holding back all these scary emotions, and he can’t handle all this emotion, all this anger, this fear, the doubt?

The Solution: Don’t Take it Personally, Be Patient

We know you’re sad, fearful and angry. So are we. We know it took two to get us to this scary place. It is going to take two to get us back to trust, safety and love.

The Best Marriage Advice from a Divorced Man.

What I Learned From Having an Affair With a Married Man. 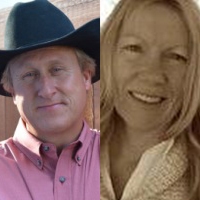