Can We Ever Be Free From Ego? ~ David Powers 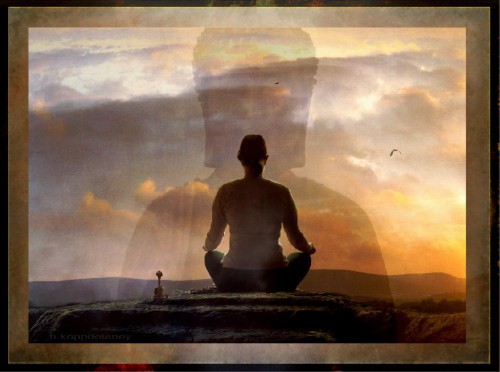 The journey of self-awakening can be a long and beautiful road filled with many challenges and rewards.

How far down the road we want to travel is entirely up to us.

One might prefer to simply add an element of awareness to her daily life by exercising mindfulness.

While someone else might find himself deeply spiritually transformed by his profound mindfulness state, which might last for large chunks of his day or be refined to a pervading quality of his being.

Still, we might go so far and fall so in love with the mystical quality that can arise from profound meditation that we decide we want to remain in that space and lose ourselves completely.

This is where I found myself, seeking a place between heaven and Earth.

In fact, I’d argue that this illustrates the true nature of the many past guru’s of the East and the West alike, that they chose to surrender their incessant thoughts and their mentally created sense of self (ego), just so they could stay.

Just so we could get a little closer to the infinite.

To clarify, when I use the word “ego,” I am speaking in Eastern philosophical terms, viewing the ego as the false self that is created and sustained through incessant thoughts. This sense of self is believed to be distinctly different than our “true self” as it represents a compulsive and mostly fear-driven reflection of who and what we think we are.

(For more on ego I’d recommend sampling some Alan Watts or Eckhart Tolle.)

However, the Eastern idea of ego is different than that of Western psychology, which observes the ego as an automatic process that is responsible for our personality, and anything we think of as being our “soul.”

Many have questioned what would ultimately happen with a world full of gurus.

Who would grow our food? Who would take care of things?

Of course, the modern understanding of a guru is someone who “reflects” in others what they cannot see, or have forgotten.

In Sanskrit the term Guru means ‘teacher’ or ‘master’.

When I think of a traditional or historical guru I picture an old wise man sitting in robes and meditating.

When I think of a much more hip version, exercising freedom to redefine guru, I imagine someone like Alan Watts, the late philosopher and perhaps the very best Westerner to ever interpret Eastern spirituality.

See, Watts was like a guru in that he wore a robe and he sat in meditation, and he lived so very mindfully.

But then again, that isn’t a guru.

Even Watts, himself, wouldn’t call himself a guru, nor would he say that he had achieved complete freedom beyond the ego.

He was a life long disciple and scholar of Eastern philosophy and religion, and he was a master in the art and science of transcending the ego. So why did he need to drink so heavily?

Osho, (the mystic from the East that spoke his entire life on the utmost importance of transcending ego), died addicted to Valium and had nitrous oxide tanks bedside.

Timothy Leary attempted another entrance point to ultimate mindfulness and egoless-ness. He often used psychedelics and other chemicals in conjunction with meditation. Granted Leary had quite a different perspective on ego and evolution.

But were the chemicals necessary?

My point isn’t to discredit these wonderful human beings based on drug use or addiction, or anything for that matter. I only seek to illustrate a point about the nature of the ego.

That it is something so profound and deeply innate for us that even the most respected lifelong scholars and practitioners haven’t been able to obtain and remain in a state of consciousness that is completely free from the ego.

Why is this? Are we doing something wrong? 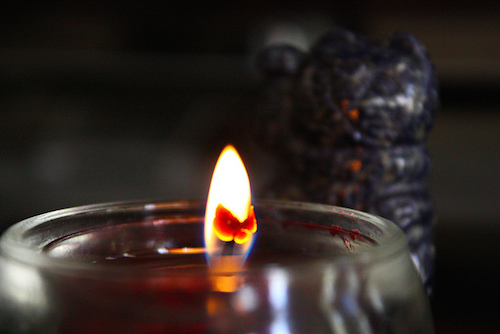 The Psychology of Ego.

I believe modern psychology offers us some clues into this spiritual dilemma.

In psychology, the ego isn’t seen as a thing that can be simply removed or cut away from the person’s sense of self. It isn’t seen as a dead limb in dire need of being pruned.

Herein lies part of the problem, that some of us refuse to believe something like a “soul” could co-exist (or even have a symbiotic relationship) with our ego.

We think the ego is dirty.

After all, it is the incessant noisemaker in the head that creates suffering for us, right?

It is at least partially responsible for the false impressions we entertain about ourselves, the so-called self lie that many meditation practitioners come to know.

Rather than attempting to remove the ego, psychology would advise evolving it, or rather, through it.

At any given moment, our brains are processing a multitude of things we are unaware of. During our sleep we dream and the dreams reflect our thoughts, our emotions and also random stimulus that the subconscious flypaper in the backs of our minds have momentarily trapped.

“Why was the grizzly bear red and green and shouting money?”

Ah, because I’m feeling helpless against my bills and also I watched that Miami college football game on TV earlier.

It would appear that we could never completely stop our thoughts because they operate on even a subconscious level.

But perhaps we’re not meant to fully stop our thoughts?

I’ve been meditating and practicing mindfulness for quite some years now.

Each day I try to dissolve a little more the illusions that stick to my ego like flies to glue. But, I also now see the ego as a different creature than I did years ago. It’s no longer an ancient beast, a false sense of self.

It is no longer my enemy.

Now, I see it as the great role player, an obsessive actor with many different roles, and the way around it is paradoxically through it.

The problem with the ego (as I’ve come to know it), is how irrationally dominant it has become over our thoughts, emotions, personality and instincts.

There is certainly an imbalance that needs to be addressed.

I’ve noticed in my life journey that a big part of who I am and what I differentiate as my “soul,” or “spirit” or “true self” is something that was revealed by experiencing something that I wasn’t. I believe that is how the soul remembers itself, through a process of differentiating what is true from what is false.

So, now a days, I do not resist the forces of my mind the way I once did.

As Alan Watts once said, “thoughts are like waves and you cannot smooth the waves with an iron.”

Perhaps the reason we can never be completely free from the ego is because we’re not meant to be.

However, we can still live a life of divine presence and a deep sense of spiritual awe. We can use both, the ego and mindfulness, as vessels to self-actualization. 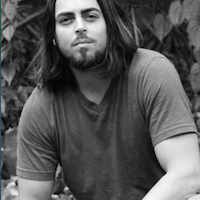