Coming Home to Yoga: Finding My Bliss as a Yoga Teacher. ~ Kaitlin Morris 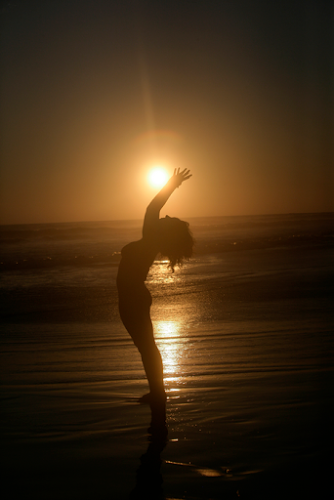 Walking into my first class, against my preconceived notions of what I could and could not do, was one of the first and most difficult steps I ever took to propel myself past my own self-imposed limitations and into the burning fire of my truth.

I had heard that yoga would be relaxing for my anxious, perfectionist mind (not to mention a good workout), so I felt compelled to try it.

Hell, I would do anything to tame my seemingly “out of control” body into submission during the years I spent ruled by anorexia and anxiety. Those two uncomfortable things, which blemished and marked my struggle into adulthood, may also have saved my life by propelling me into that class.

For that, I will always be grateful.

It was a beginner’s yoga class, which may not seem intimidating, but to the painfully shy, self-conscious 13-year-old girl that I was, the experience seemed the epitome of fear. My heart pounded like a drum as I imagined leotard-clad models cartwheeling across the floor, my own ability falling laughably short.

The idea of attending a group class and moving and feeling my body in space was nerve-wracking. Never an athlete or a socialite, anxiety and my own mental limits were holding me back in life.

Little did I know, when I walked into that quiet, friendly room, that my physical, mental and emotional health would be forever changed.

All it took were a few regular classes with kind, encouraging instructors and a room full of people who seemed fully engaged in life to change my mind.

In the early stages of a 10 year battle with anorexia, I noticed that my anxiety around food, my body and school were much less acute and painful after yoga.

I could practice meditation and deep breathing instead of dreading each moment of the school day or worrying about how my curvy body looked hidden beneath my baggy clothes. I could feel good about what my body and mind could do instead of what it looked like, and I could feel peace in the grips of the situations that once sent me into panic.

After just a few weeks, I realized that the yoga was really working.

For the first time in my life, I could feel myself improving physically as I made progress with the poses. Even more remarkably, I could feel my brain’s grip-hold on my body image begin to loosen and soften; my smile suddenly escaping from its dark hiding place; my gaze meeting the eyes of others instead of searching the ground near my feet.

One night after class, I picked up a brochure for a teacher training, putting the idea of becoming a yoga instructor in my mental “One Day” file that I never believed I would have the opportunity to open. It was like a black hole in my mind where I collected ideas that sounded great but were only meant to be ideas. I knew better than to hope for something that could not be…or so I thought.

Well, six years later (after falling madly in love with yoga, meditation and the way my body, mind and soul felt), that “One Day” file resurfaced in my mind as I earnestly began to research teacher training programs.

Although I visited many retreat centers and yoga schools in my quest for a training that fit my life and my practice, I couldn’t seem to find a program that met all of my needs.

I had all but given up on my dream and resigned myself to just enjoy yoga without teaching it to others.

The years passed as life kept absorbing all the energy, time and money I had at the time.

I graduated college, my sister passed away suddenly and my eating disorder spiraled out of control while I worked on my next college degree in a fierce pre-med program.

I was spending hours at the gym each day as I exercised and studied my notes at the same time, slowly wasting away until I was approximately 80 pounds of bone, muscle and emotional pain.

My perfectionist behavior was out of control and the only thing keeping me going was yoga.

Yoga was my rock.

When I was struggling with organic chemistry or calculus exams, having family or friend issues or feeling stuck in depression over my life or my sister’s sudden death, I turned to yoga where I could smile, scowl, laugh, cry and just feel all of the stuff that I put away while going through the motions of day-to-day life.

I taught myself to numb out to these hard emotions while I was battling anorexia and trying to process my sister’s death, all the while getting deeper and deeper into the hole.

Yoga was my anchor, the only thing that I could count on when people and places seemed to shift beneath my feet.

Yoga was the only thing I could trust when my over-exercise at the gym led to injuries and my need to be perfect got out of control.

I was holding my family, my friends and my education together at the seams, but yoga was the glue that kept me whole so that I could manage everything that I felt that I needed to manage. When my favorite teacher—the one who inspired my passion for yoga and a desire for a better life—announced that she was opening her own studio, I hopped aboard for the ride and never looked back.

That summer, she spoke of a possible teacher training in the future, of making my dream a reality and tears welled up as I realized how much it would mean to me to finally reach that long-standing goal.

I did whatever I could to be at the studio whenever possible—it was the only safe and happy place I could find.

The people I met there looked at me fully and didn’t close their eyes.

A year and a half later, the yoga teacher training began, and my healing was catalyzed.

I thought that doing yoga, whether alone or in a crowded room, was the most unbelievably healing, euphoric experience I could ever imagine.

It definitely was—until I began teaching and found an even stronger sense of bliss.

Now, I can feel my students melting into a pose. I can watch them make progress and see their smiles when they realize what amazing things they are capable of.

I am so humbled, so honored and so healed by being able to guide my students in yoga as I watch them grow into their most authentic, healthy and joyful selves.

These days, ten years after I first began practicing yoga, I wouldn’t trade my life, my body, my friends or the path I have taken for anything.

If yoga brought me to the water’s edge of healing, teacher training threw me into its depths.

Over the months since the training, I have finally made it to a place where I can see the distant shore. Sometimes fighting the waves, sometimes riding them, the journey has been both arduous and awe-inspiring.

At last, though, I can share my yoga with others and the bliss that I feel here is how I know that I am finally home. 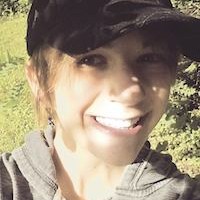