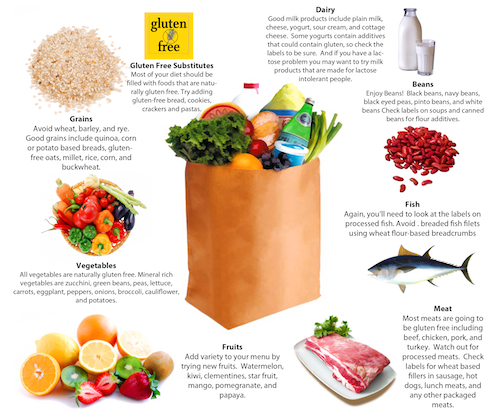 [*Editor’s Note: elephant journal articles represent the personal views of the authors, and can not possibly reflect elephant journal as a whole. Disagree with an Op-Ed or opinion? We’re happy to share your experience here. This website is not designed to, and should not be construed to, provide medical advice, professional diagnosis, opinion or treatment to you or any other individual, and is not intended as a substitute for medical or professional care and treatment. For serious.]

Something you’re eating may be killing you, and you probably don’t even know it!

If you eat cheeseburgers or French fries all the time or drink six sodas a day, you likely know you are shortening your life. But eating a nice dark, crunchy slice of whole wheat bread—how could that be bad for you?

Well, bread contains gluten, a protein found in wheat, barley, rye, spelt, kamut and oats. It is hidden in pizza, pasta, bread, wraps, rolls and most processed foods. Clearly, gluten is a staple of the American diet. What most people don’t know is that gluten can cause serious health complications for many. You may be at risk even if you don’t have full blown celiac disease. I want to reveal the truth about gluten, explain the dangers and provide you with a simple system that will help you determine whether or not gluten is a problem for you.

The Dangers of Gluten

A recent large study in the Journal of the American Medical Association found that people with diagnosed, undiagnosed and “latent” celiac disease or gluten sensitivity had a higher risk of death, mostly from heart disease and cancer. (i)

This is ground-breaking research that proves you don’t have to have full-blown celiac disease with a positive intestinal biopsy (which is what conventional thinking tells us) to have serious health problems and complications—even death—from eating gluten.

Yet an estimated 99 percent of people who have a problem with eating gluten don’t even know it. They ascribe their ill health or symptoms to something else—not gluten sensitivity, which is 100 percent curable.

And here’s some more shocking news…

Another study comparing the blood of 10,000 people from 50 years ago to 10,000 people today found that the incidences of full-blown celiac disease increased by 400 percent (elevated TTG antibodies) during that time period. (ii) If we saw a 400 percent increase in heart disease or cancer, this would be headline news. But we hear almost nothing about this. I will explain why I think that increase has occurred in a moment. First, let’s explore the economic cost of this hidden epidemic.

The most serious form of allergy to gluten, celiac disease, affects one in 100 people, or three million Americans, most of who don’t know they have it.

Undiagnosed gluten problems cost the American healthcare system oodles of money. Dr. Peter Green, Professor of Clinical Medicine for the College of Physicians and Surgeons at Columbia University studied all 10 million subscribers to CIGNA and found those who were correctly diagnosed with celiac disease used fewer medical services and reduced their healthcare costs by more than 30 perecnt. (iii)

The problem is that only one percent of those with the problem were actually diagnosed. That means 99 percent are walking around suffering without knowing it, costing the healthcare system millions of dollars.

And it’s not just a few who suffer, but millions. Far more people have gluten sensitivity than you think—especially those who are chronically ill. The most serious form of allergy to gluten, celiac disease, affects one in 100 people, or three million Americans, most of who don’t know they have it. But milder forms of gluten sensitivity are even more common and may affect up to one-third of the American population.

Why haven’t you heard much about this?

Well, actually you have, but you just don’t realize it. Celiac disease and gluten sensitivity masquerade as dozens and dozens of other diseases with different names.

Gluten Sensitivity: One Cause, Many Diseases

We used to think that gluten problems or celiac disease were confined to children who had diarrhea, weight loss, and failure to thrive. Now we know you can be old, fat and constipated and still have celiac disease or gluten sensitivity.

Gluten sensitivity is actually an autoimmune disease that creates inflammation throughout the body, with wide-ranging effects across all organ systems including your brain, heart, joints, digestive tract and more. It can be the single cause behind many different “diseases.” To correct these diseases, you need to treat the cause—which is often gluten sensitivity—not just the symptoms.

Of course, that doesn’t mean that all cases of depression or autoimmune disease or any of these other problems are caused by gluten in everyone—but it is important to look for it if you have any chronic illness.

By failing to identify gluten sensitivity and celiac disease, we create needless suffering and death for millions of Americans. Health problems caused by gluten sensitivity cannot be treated with better medication. They can only be resolved by eliminating 100 percent of the gluten from your diet.

The question that remains is: Why are we so sensitive to this “staff of life,” the staple of our diet?

There are many reasons…

They include our lack of genetic adaptation to grasses, and particularly gluten, in our diet. Wheat was introduced into Europe during the Middle Ages, and 30 percent of people of European descent carry the gene for celiac disease (HLA DQ2 or HLA DQ8), (xii) which increases susceptibility to health problems from eating gluten.

American strains of wheat have a much higher gluten content (which is needed to make light, fluffy Wonder Bread and giant bagels) than those traditionally found in Europe. This super-gluten was recently introduced into our agricultural food supply and now has “infected” nearly all wheat strains in America.

To find out if you are one of the millions of people suffering from an unidentified gluten sensitivity, just follow this simple procedure.

While testing can help identify gluten sensivity, the only way you will know if this is really a problem for you is to eliminate all gluten for a short period of time (2 to 4 weeks) and see how you feel. Get rid of the following foods:

For this test to work you must eliminate 100 percent of the gluten from your diet—no exceptions, no hidden gluten and not a single crumb of bread.

Then eat it again and see what happens. If you feel bad at all, you need to stay off gluten permanently. This will teach you better than any test about the impact gluten has on your body.

But if you are still interested in testing, here are some things to keep in mind.

There are gluten allergy/celiac disease tests that are available through Labcorp or Quest Diagnostics. All these tests help identify various forms of allergy or sensitivity to gluten or wheat. They will look for:

When you get these tests, there are a few things to keep in mind.

In light of the new research on the dangers of gluten sensitivity without full blown celiac disease, I consider any elevation of antibodies significant and worthy of a trial of gluten elimination. Many doctors consider elevated anti-gliadin antibodies in the absence of a positive intestinal biopsy showing damage to be “false positives.” That means the test looks positive but really isn’t significant.

We can no longer say that. Positive is positive and, as with all illness, there is a continuum of disease, from mild gluten sensitivity to full-blown celiac disease. If your antibodies are elevated, you should go off gluten and test to see if it is leading to your health problems.

So now you see—that piece of bread may not be so wholesome after all! Follow the advice I’ve shared with you today to find out if gluten may be the hidden cause of your health problems. Simply eliminating this insidious substance from your diet, may help you achieve lifelong vibrant health.

Are you one of the millions that have been lead to believe gluten is perfectly safe to eat?

How do foods that contain gluten seem to affect you?

What tips can you share with others about eliminating gluten from your diet? 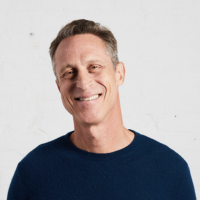