How to Love a Cancer. 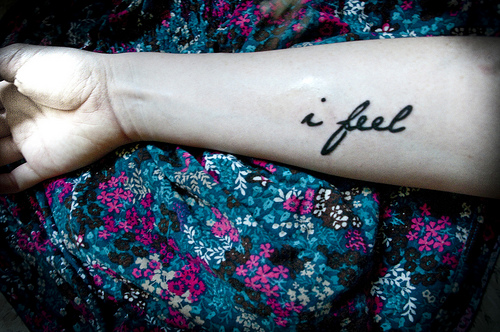 “A thousand half-loves must be forsaken to take one whole heart home.” ~ Rumi

I couldn’t find an article on how to love me, so I figured it probably best to write one. Here goes nothing (which hopefully explains everything).

To love a Cancer—truly, madly, deeply—takes the vulnerability to discover what it means to be loved whole-heartedly.

In her desire to nurture and give all that she has to improve the world she lives in, she will exhaust herself in the quest to leave things a little better than she found them. Love to a Cancer is the most powerful force in the universe—and she, at her best, is the most skillful wielder of that magical force you will ever find.

Long criticized for their “moodiness,” the important thing to know when loving a Cancer is that she feels everything.

Communication is key if you hope to avoid the misunderstandings that could lead to romantic fallout. A sweet word or thoughtful gesture will have her orbiting the stars, while a thoughtless jab or slighted action threatens to send her spiraling into the “what-did-I-do-to-deserve-this” darkness of doubt.

Because she feels everything, a Cancer often craves alone time, either to be with her thoughts or to rejuvenate her soul from the constant taking in of all that surrounds her.

At times you may be confused by her ability to be equally shy and bold, especially in the bedroom. (Side Note: there is nothing sexier than when she is able to get out of her head and express her unencumbered sexuality.)

Unbeknownst to most is that it takes an incredible amount of work for a true Cancer to break free of the hardened shell that protects her raw emotions. Many a Cancer keeps lovers timidly at bay and only ventures into uncharted waters when it is “safe” to do so because she doesn’t know how to love halfway.

Although she loves being spontaneous, a Cancer abhors a one-night stand because the gift of herself is one she treasures. To feel discarded after a solo encounter (no matter how passionate) can leave her feeling unwanted and unworthy.

As a result of taking everything in, it is vitally important for her to let things out, and as such, a Cancer is often creative and always expressive. Sometimes in words, other times in actions—the fluidity of this water sign lets things pour through her and flow back out again in various forms.

Thoughtfulness characterizes her relationship style, as once in her heart, you are always on her mind. She will give everything she has to you, and in return it takes very little to make her happy. To feel valued, appreciated and secure are among her greatest desires from the one she loves.

Sensitivity to her journey is something Cancer seeks in her lover.

You are not her first, you would be lucky to be her last, and along the way it is important to know that many have hurt her (mainly because she has let them). This is not your fault, but it may come into play from time to time. She is not looking for you to fix her cracks or make her whole again…she just needs to know that she can trust you with her broken parts, as she pieces herself together in an effort to give you all she has.

A Cancer’s past is riddled with unworthy lovers, only because she had not yet learned how incredibly special she is. Once known, rest assured, she will refuse to settle for less, as she has endured many a heartache to get to the place where she now confidently stands.

A Cancer’s greatest gift is her heart—she is loving to a fault, holding on long after others would let go because of that tiny ray of sunshine that promises her there is light beyond the darkness.

What she seeks is stability, though she lives for adventure!

She wants to play and explore and delve into the unknown with someone she is confident will be her safety net—should she come crashing down. Over the years she has taken care of so many. For her future happiness in love, she wants one who is comfortable in their own skin and who doesn’t need her, but to whom she is a joyfully desired addition. She seeks a love with whom she can grow with, not one more person to pick up or pull along.

A well-loved Cancer will give you everything you could possibly want in a relationship, as she has always believed that the fairytale is real. A Princess who often plays the Prince: galloping in to rescue those in distress, falling hard and fast while always believing in the possibility of a happily ever after.

She is a magic mirror of sorts as many find themselves because of the way she sees them. And though she doesn’t view herself as the fairest of them all, rest assured that a Cancer’s love is pure and real and 100 percent genuine. (Sadly, not many people have experienced a love like hers, so most don’t know what to do with it…thus they push away, or worse, take her for granted.)

For the brave soul that is willing to let themselves be loved by big-hearted Cancer, may you see a miracle invisible to others. And may the two of you bask in the euphoric glow that radiates from those who know the uniqueness of writing their own fairytale.

> What it Means to Love a Libra.

And: Three Buddhists tips for living a fuller life: 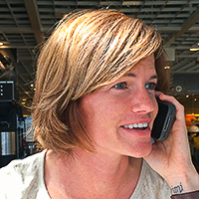