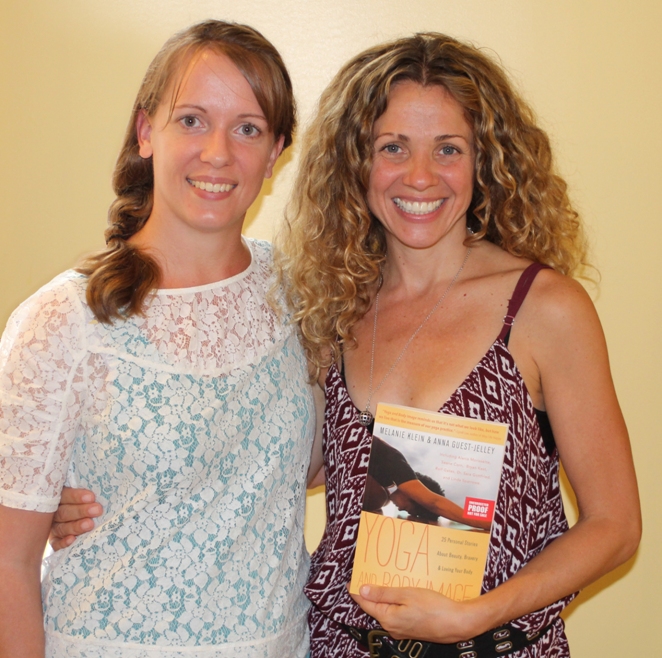 Mental illness is a thief of many disguises. Sometimes it’s loud, barging through doors, exploding through cupboards and rattling every internal wall.

Other times it can be stealthy, sneaking in quietly through windows you didn’t know you’d left open, taking things you don’t notice until suddenly your world looks entirely barren and unfamiliar. Joy, passion, love, life…it grabs, gathers, hustles and hoards, sometimes taking until there is no more.

This week would have been my sister’s 34th birthday, but she will forever stand at 31. In an odd twist of fate later this year I will ring in my 32nd, surpassing the race she ran because mental illness stole her, too.

It seemed I was simultaneously celebrating and honoring her when I recently met with celebrity yoga instructor Seane Corn to talk about yoga, body image, addiction and how it all came together in Yoga and Body Image, a book she contributed to.

Before I met with her I posted to my family on Facebook, “Amy would be so jealous…and excited. And jealous.”

She was a passionate yoga instructor who passed away in 2012 from the combination of an eating disorder and alcoholism. I don’t hesitate to state that because it’s the truth and only from truth can we understand, learn, change and improve. 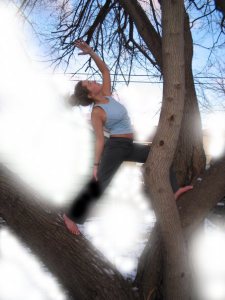 As I sat with Seane talking about the importance of people needing the truth on these often hidden topics all I could see was Amy’s wild mane of hair, empathetic heart and fierce ambition reflected in Seane’s.

I would have loved to see Amy sitting across the table from her, firing question after question, sharing her own story. I would have loved to hand her books I’ve worked on that have felt so much like talismans in honor of her life, that could have supported the battle she fought. But I can’t, because she’s not here. And she’s not the only one.

Robin William’s supposed suicide last week is another shadow that communicates to a greater number of people the struggle of mental illness. His passing follows a long history of depression and had me thinking of Philip Seymour Hoffman’s death earlier this year from a heroin relapse after more than two decades clean.

In these moments where so many people grieve for one person there’s a sense of larger family and united love that is overwhelming to me. We saw something in one person that was significant to us. And that’s pretty amazing when you think about it.

As very different people we recognized the same light. And so we grieve together for someone whose spark we won’t see in this life again.

Also in these moments there’s a focused attention on issues that are hidden or ignored as much as possible. Where we might normally sweep the dirt under the rug, that rug has been pulled out from under us. What we don’t like to see we now must face, because grief demands we touch the “whys,” “hows” and “what-ifs.” So while we don’t like to talk about the darker workings of our minds, this is where we find ourselves.

There’s still such a stigma around mental illness, but we’re getting better at talking about it because these deaths are happening far too often. As much as we try to ignore, we can’t.

So instead of ignoring, some turn to chatter. It’s the easy way out, to place your ego or lack of understanding above it all. It pops up in article comments, social media discussion and whispered talks. The posts and comments filter in declaring that actions like this are a “screw you” statement to everyone who loved them and “it’s utter selfishness”…it goes on and on.

Perhaps it’s easier for some to judge others as “deserving,” “weak,” “lazy” or just plain “trash.” But I can’t tolerate that.

Everyone has a story and people are fighting battles you may know nothing about. People are complex. Single words and statements can’t define an entire life. And it certainly isn’t going to lead to any kind of solution to problems that result in untimely deaths. The harder, but more productive way through is by talking, listening and learning with compassion.

If you go straight to judging it’s a sign you don’t understand the nature of mental disorders like depression, anxiety and addiction. I encourage you to start learning today. If you want something simple, Allie Brosh’s blogs on depression are as basic and brilliant as it gets. Check it out, because knowledge is power (plus it doesn’t hurt that she’s hilarious, even on this very serious topic).

If you don’t personally know the struggle of mental illness it’s probably going to be difficult to understand what you haven’t directly experienced. This means you’ll have to exercise opening your empathetic heart even more. Be patient with others and know that anyone in their rational mind would not choose actions that self-harm.

Something else is in control. It’s chemical. It’s physical. It’s mental. It’s not the spirit of the person you care about and it’s not a lack of love that they have for you or anyone else.

They’ve temporarily lost the reigns. Hopefully they’ll recognize something is wrong, speak up, tell a friend they’re in trouble, ask for help, or be forced into gaining new support. Hopefully they’ll be able to get back the reigns of their own mind and body to live another day loving you as much as they always have. Even when they’re knocked down again, they’re battling. Even if it may not look like it, they’re fighting.

If you’re the one raging the battle, don’t do it silently. Understanding can only come to those on the outside by seeing a glimpse into what you’re dealing with day-to-day. The ones who will stick around to support you can do that better with knowledge behind them.

If you’re getting help, good for you! Celebrate that.

Don’t feel ashamed by the support you have been strong enough to seek. The belief that accepting help means you’re weak or crazy (or whatever) is outdated and really (really) stupid. Be proud you’ve taken steps to improve your health.

I was for Robin Williams when I heard he was back in Minnesota at Hazelden treatment center last month. I was for my sister when she started going to AA by choice. I was for myself when I started therapy for my own depression and anxiety.

We’re people who are trying.

There have been others and the sad reality is that there will be more to come because mental illness is a condition we haven’t yet figured out and we don’t yet have a system that always functionally supports its treatment. But while we’re still learning, talking, sharing and brainstorming better ways to handle these challenges there’s one thing that rings certain: we need to know more.

Whether that’s personal knowledge, scientific research, understanding more effective social systems for treatment, etc. we must keep talking about mental illness with compassion, support and solution-focus for all the fighters out there. Keep it up. 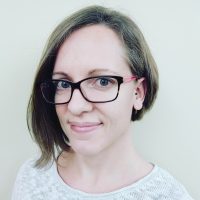