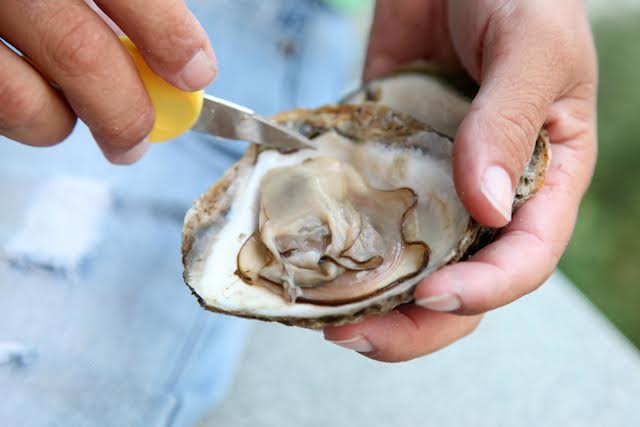 My love affair with oysters began when I first started dating the man who is now my husband.

He and I had this hypersensory start to our relationship.

Everything we did, everything we felt, tasted, smelled and experienced was amplified all the time.

I blame it on the pheromones.

I didn’t know until about six dates into the whole thing, when he had to spell it out for me, that it was obvious that we would make babies together someday. That our bodies were absolutely on fire when we were together.

I remember the first time we ate oysters together. He brought them to my house in a paper bag, with a bottle of white from New Zealand. He shucked two dozen and lovingly laid them out on a bed of ice. While he insisted that we eat them naked (the oysters, that is) he did allow for a few slight slices of crisp green onion to add a bit of smoke. We talked about how each of them tasted so different. How each individual oyster had it own sensory story to tell. How the taste is derived from many factors. Geographical origin, age and a lifetime of other variances in surroundings combined to create each one.

Each oyster is like no other oyster which has ever existed or will ever exist in the future.

After eating all 24 oysters, enjoying the fact that they all look like different little vaginas, remarking that it is widely known that oysters are a powerful aphrodisiac and marveling over the impressive zinc content (of course we did! I am a nutrition nerd), there was the lovemaking. This was incredible lovemaking, of course made more incredible because we both knew the sexy theory of exactly what we had just consumed.

That was the moment I realized why this man, who would one day become my husband, was seriously obsessed with the oyster…and why I wanted to jump right into the oyster pond with him!

Fast forward to our honeymoon, which included a massive oyster tour all over the East Coast of Canada.

My favourite memory or the trip took place on the North shore of Prince Edward Island. After driving out to the middle of nowhere and stumbling upon a oyster farm on the seaside, we were teased by the burly oyster-men when they learned we were newlyweds. “Don’t eat too many oysters!” they said. “You’ll end up with a little surprise in nine months.” They all seemed to know that oysters are a great addition to conception efforts.

Along the way, since that first plate of oysters, I have learned all about the science behind why these little creatures are such a potent aphrodisiac. They are also nutritional powerhouse when it comes to reproduction. For your pleasure, here are a few highlights.

In this double blind, randomized, placebo controlled study, it was shown that “Subfertile men demonstrated a significant 74% increase in total normal sperm count and a minor increase of 4% abnormal spermatozoa. A similar trend was observed in fertile men. Pre-intervention concentrations of folate and zinc in blood and seminal plasma did not significantly differ between fertile and subfertile men.”

Eating mineral rich foods such as zinc can be helpful when preparing the body for making babies. Oysters have an impressive zinc content. Each 3oz portion of oyster meat contains upwards of 5mg of zinc.

Other zinc rich foods are eggs, whole grains, nuts and seeds, cheddar and Parmesan cheese, other shellfish, sardines and poultry. But nothing compares to the zinc content of the little bivalves—oysters.

2. Oysters do their part in making the world a better place.

Did you know that oysters are actually good for the environment? Oyster farms are one of the few sustainable aquacultures in the world. When I visited several oyster farms in Nova Scotia and Prince Edward Island, Canada, this summer, I learned that many environmental groups support the use of oysters to improve quality of water.
Improving the environment in which your children will have to survive while conceiving them? Win, win!

When I am tasting something so incredible, so delicate and so intricate, I cannot help but pay attention. I am drawn into the moment. It matters not if I have had a terrible day. If there are oysters on the table, I am there and only there. Such intense flavour and plentiful nutrition demands that you be there, fully.

Presence is a skill which can be cultivated and applied to many aspects of life but is often glazed over, especially when we have a job to do. Lets take, for example, making babies. Reproductive sex can very easily become completely task oriented and less sensual. The oyster is a powerful metaphor for something so exquisite, powerful and sensual, that we can’t help but be completely enveloped in the experience. How about setting the intent to have baby making sex like this? How about having oysters like this and then having baby making sex like this? I can tell you from experience, it it out of this world…

So where are the best places to get oysters?

It depends where you are. I love this book by Robb Walsh: Sex, Death and Oysters: A Half-shell Lovers World Tour, to be very helpful! 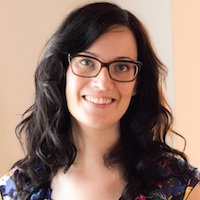