Saving the Rainforest: The Solution’s in Our Pockets. ~ Brenna Fischer 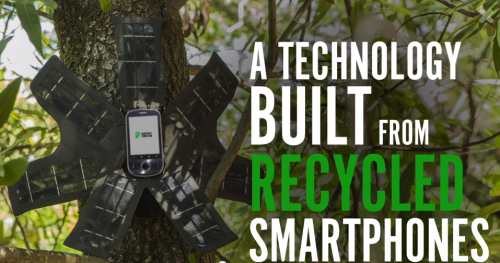 You know how every few minutes (at least that’s what is seems like) a new version of the Smartphone comes out and we all clamor to upgrade?

What happens to those phones and the elements used to power them every time we throw one away? How many simply go to waste and sit in a landfill?

It is possible to recycle them, yes, but think about the energy and resources required to recycle a smartphone just to turn it into…another (upgraded version) smartphone.

Well, no more! A non-profit group from Silicon Valley, called Rainforest Connection, proposes that we re-use these smartphones as is, to save the rain forest.

Rainforest Connection (RC) transforms recycled cellphones into solar-powered listening devices (by the way, if the device is successful in stopping rainforest destruction, doing this is equal to taking 3000 cars off the road!) and places them at the very top of tree canopies where they are hidden enough not to be noticed but exposed enough to be re-charged by the sun.

While up there, the phones can listen for the sounds of chainsaws, cars and ultimately, illegal poachers. They can then use existing cellphone networks to alert authorities of the illegal activity in real time. RC says that each phone is capable of protecting up to one square mile and the response time can be within minutes!

According to the RC website, the destruction of rain forest is mostly caused by illegal activity. I may be naive, but this is news to me. I’ve always assumed it was corporations and big business in there getting their hands dirty. It hadn’t occurred to me that people would take it upon themselves to secretly and illegally destroy such a beautiful and endangered landscape.

Until now, the precautions put in place to stop the devastation have been either too slow or too expensive, but this new technology does not require slow imagery to appear or expensive planes to circle and monitor the area.

In case you need a few more reasons to protect the rainforest.

Wanna help? Click here for the Rainforest Connection website and sign up for their newsletter to stay informed, donate money to the cause, or donate a smartphone! 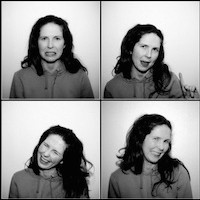