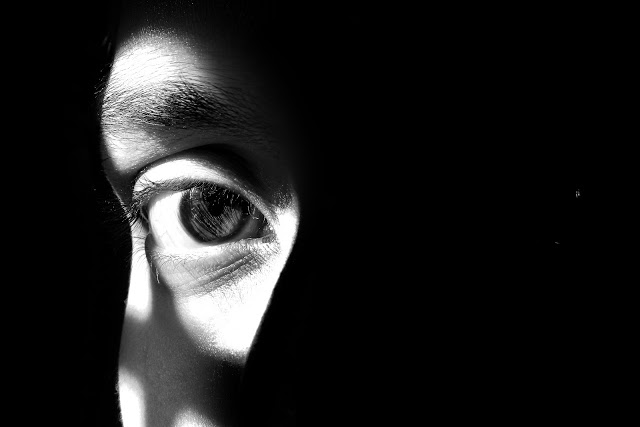 Read Part 1 of this story here.

“Three hundred years ago in a small Japanese village, a beautiful young girl was pregnant. Her angry parents demanded to know who the father was. At first resistant to confess, the anxious and embarrassed girl finally pointed to Hakuin, the Zen master who lived near her parents’ food store. When the outraged parents confronted Hakuin with their daughter’s accusation, he simply replied ‘Is that so?’

When the child was born, the parents brought the little boy to Hakuin, who now was viewed as a pariah by the whole village. They demanded that he takes care of the child since it was his responsibility. ‘Is that so?’ Hakuin said calmly as he accepted the child.

A year later the young girl could stand it no longer. She told her parents the truth—that the real father of the child was a young man who worked in the fish market. The parents went to Hakuin to ask his forgiveness, to apologize at length, and to get the child back again. As Hakuin slowly placed the baby in the grandmother’s arms, all he said was: ‘Is that so?'”

This a very powerful Zen story that speaks about accepting whatever life throws at us. If we look around, we can actually see non-acceptance everywhere; and I’m not only referring to acceptance of situations.

Whether it’s about our looks, other people or circumstances, we are no longer satisfied by what is and what we are.

Let’s tackle first the non-acceptance of our looks. We are currently living in the century of plastic surgeries and fashion. It’s the century of human beings who need assent from the society they are living in. We want to fit in so badly that we forgot who we truly are.

And the greatest contradiction here is that we seek the acceptance of others but we don’t accept who they are. Whether they’re a family member, a friend, a co-worker, a lover or a neighbor, we always tend to alter the other person according to our own desires. We never accept the imperfection of others.

We have this perfect image of everyone we know and we expect them to act accordingly. And not only have we held this image on people, but on life itself. It’s sad to see how we still resist everything happening in the course of our lives.

We have great trouble accepting situations and outcomes.

Place yourself in the position of Hakuin, the Zen master. What we would most likely do is make a fuss. We would’ve tried really hard to prove them wrong and to remove ourselves from this hideous situation. We wouldn’t have accepted taking the child as our pride won’t let us take responsibility of something we are not responsible for in the first place. We would have had sleepless nights thinking how the universe could be so unfair.

But look at Hakuin, the Zen master. He saved himself trouble, insomnia and non-sense thinking. In conclusion, he believed in the results by simply accepting what life threw at him. Of course, we must deal with every situation we are faced with, but before dealing with it, let’s accept it first—this is when magic will take place.

Most of the religious and spiritual systems advise their followers not to judge.

Dr. Wayne Dyer, a self-help author said, “When you judge another, you do not define them, but you define yourself.” Or, the bible in Mathew 7:1-2 ,“Do not judge, or you too will be judged. For in the same way you judge others, you will be judged, and with the measure you use, it will be measured to you.”

We always enjoy reading those quotes and agreeing on them, but do we understand their meaning? Judging is the easiest thing the human mind can do. All it takes is having a look at a person or a situation and forming a specific, self-created opinion.

If we look the process of judging, we can figure out the reasons we judge and work on them.

The main reason we judge is because we cannot properly asses what the person we are judging actually has. Whether we admit it or not, we want what we think they have. Therefore, as a way of letting off steam, we judge.

Another reason for judging is ignorance and misunderstanding. We quickly form an idea of a person we barely know or don’t know at all. It gives us satisfaction to believe that we can read through others.

Next time you’re about to judge someone, put yourself in their shoes and try to be conscious of the reasons behind your judgment. Realize that there is a sort of truth behind Mathew’s quote in the bible. Try to remember the situations when you were judged and the situations where you judged others. Link them together and you will know that “what goes around comes back around.”

Judging others isn’t the only issue here. We also tend to judge our life’s situations and what’s taking place in it. Labeling every condition and giving it an identity has become human beings’ favorite dramatic hobby. We have virtually made a room with lockers which have labels on top of them. If something unusual happens, we throw it in the bad locker. If something good happens, we place it in the good one.

We need to step out of this classification and stop judging whatever occurs in our lives.

Deepak Chopra mentions in one of his books that everyday when we wake up we should say, “Today I shall judge nothing that occurs.”

This is my daily Mantra. Judge nothing that occurs; let it be.

Last year I had a painting that I called “fear.” It consists of an old bearded man standing in the middle of the desert, with chains wrapping him from head to toe.

This is what fear does to us. It chains us and places us in an unknown deserted place. As long as fear is within us, time will fly by and we will grow old without ever accomplishing anything.

We are raised on fear, and the words “what if.” Fear has been in our psychological system since we were babies. As we grow older, it clings to us like a limpet.

If we closely examine our problems, we will realize that they are rooted in fear. We fear not succeeding, we fear change, we fear commitment, we fear enjoying ourselves, we fear letting go, we fear loving, we fear taking that job… etc. Every problem—whether tiny or grand—is generated from fear.

We identify with fear as it becomes an auspicious entity living in our system. We mistake it for who we truly are and go on doubting anything we are about to do. But the moment we realize that fear is not us, it is in us, our whole perspective will change.

There is a saying I repeat to myself whenever I fear doing something: “Fear is a liar.”

Just like the chained man I have painted, we likely look like him when we are in a state of fear. Without knowing it, we are chained and struggling.