Why Rushing? The Importance of Delayed Gratification in Ashtanga Yoga. ~ Emma Hudelson 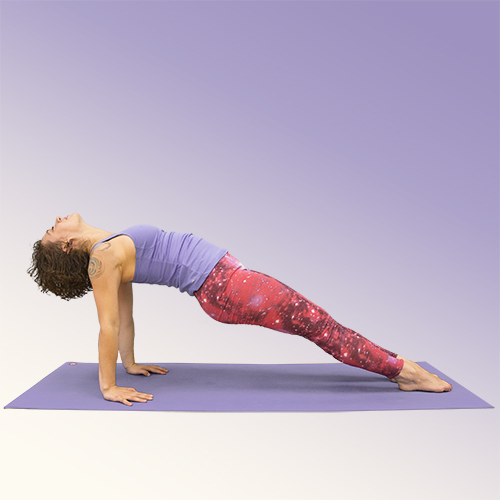 A common complaint about Ashtanga Vinyasa Yoga is that there’s no room for the “fun” poses, because the series are taught in order, one pose at a time.

I get it, but I say shenanigans.

It’s true, arm balances don’t play a major role until Third Series, which is a crazy-tough combo of poses and transitions that many practitioners never begin and only a few ever complete. And yes, I’ve looked at the poses in the Primary and Second Series and thought, “Why do I have to master something like Supta Kurmasana (an extreme hip-opening forward fold) before I can do Bakasana (a relatively simple arm balance)?”

However, that’s the point.

Ashtanga is a system of delayed gratification. In my undergraduate Literary Criticism course, the bearded and vested Dr. Gregory of Butler University told me that the single most important skill a young person could learn was delaying gratification.

He said that the texts assigned would teach this skill, as they were ponderous, dry and took a long time to get to the payoff. He was right on point. Saying that I’ve read Plato’s Republic is a lot more fun than actually reading it.

I got an A in Dr. Gregory’s class, but his lesson didn’t sink in for several years.

Delaying gratification is part of learning to accept discomfort, something I suck at. Both skills require that I remain in a state of want. Patanjali might call that raga, or desire. A Buddhist might name it attachment. A Christian might define it as sacrifice. No matter what, it’s uncomfortable, and whenever I’m uncomfortable, I want the discomfort to end. Immediately.

This doesn’t make me a freak. It’s human nature.

I need to avoid discomfort to make sure I don’t do things like burn my hand on the rack when I take cookies out of the oven or walk outside naked in the middle of the day.

Pain and embarrassment are necessary reflexes that need to be honored. But there are some types of discomfort that bring growth when they’re accepted and withstood.

Realizing that my arm isn’t going to dislocate itself in Marichyasana D (a wicked seated twist with a half lotus and a bind), no matter how much I think it might, helps me to breathe into it and actually get deeper in the pose.

Feeling physically uncomfortable in poses like that definitely helps with the whole accepting discomfort thing, but it’s only half the picture. I’m a heavily-tattooed, klutzy Ashtangi with gauged ears. Physical pain is something I can handle.

Emotional pain is another animal.

That’s where the delayed gratification lesson swoops in to save the day. Before I got to learn Bhujapidasana, a fun arm balance with bound legs halfway through the Primary Series, I had to master a whole slew of forward folds that I didn’t like.

When I finally reached Bhuja, I realized that the wait was worth it.

All those chaturangas (think reverse push-ups) in the first part of seated series meant that I was easily able to support my body weight on my arms. All those forward folds opened my lower back and hamstrings enough that wrapping my legs above my elbows was a piece of cake.

I knew how to access my bandhas (deep abdominal muscle locks) to control my chin’s float to the floor. I was ready, and it’s much more gratifying to do a pose the correct way instead of flailing and forcing into a bastardized approximation of it.

This isn’t to say that I don’t flail and force myself into bastardized approximations of poses outside of Primary Series ever. Just check my Instagram feed to see that. I try to get to at least one Vinyasa class a week since I teach Vinyasa, and I enjoy trying out new poses for fun at home.

But I do this outside of the realm of my practice. That stuff isn’t practice to me. It’s play. I need discipline and delayed gratification. Otherwise I’d stand on my head and backbend all day long and never do a single forward fold.

Some folks do extra stretching and strengthening exercises to get through the series faster. It works, but I wonder what the rush is. Sure, I want to learn Kapotasana (a backbend with forearms and shins on the floor) as much as the next Ashtangi, but I trust that the Ashtanga system was designed the way it is for a reason.