Revisiting the Nature of Evil in the Islamic State. 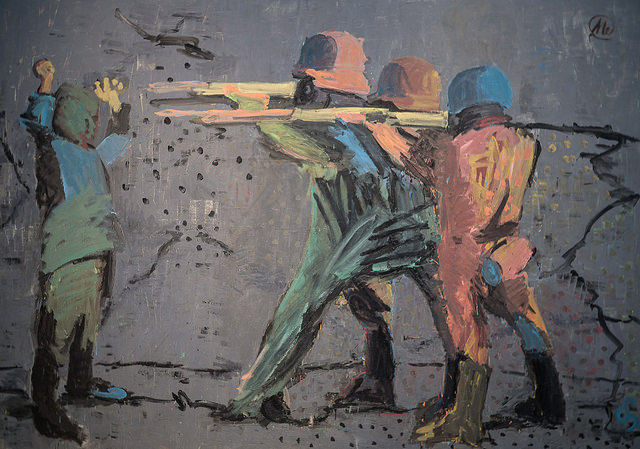 This article is in conversation with John Hardman’s article, “Lucifer’s Bargain.“

*Editor’s note: Elephant is a diverse community of 9 million readers and hundreds of writers (you can write!). We are reader-created. Many blogs here are experience, opinion, and not fact or The One Right Point of View. We welcome all points of view, especially when offered with more sources and less invective, more frankness and less PR. Dislike this Op-Ed or opinion? Share your own take here.

After killing his four sons, the Islamic State militiamen wagered a deal.

They would let the man go, but if he did not return from the mountain with more families, they would turn his wife and four daughters into sex slaves.

It was a classic double bind: either way the man would not be able to live with his decision. And it was doubly cruel, because it was meant to not only destroy its actual victims but the man who now held their fates in his hands.

When my friend came across this man in the camp, he had lost not only his mind, but all ten members of his family as well.

The brutality of the Islamic State is stunning. And it is becoming increasingly common to treat them as a sort of archetype of evil. But what exactly we mean by “evil” is unclear. The expression can be a bit like one of those drawers into which we throw all of our junk. Into that drawer we throw the cruel, the shameless, the brutal and the calculating—and especially each of these acting together.

But most of us do not really know what we mean when we use the term evil. Often we call things evil simply as a way of resolving our discomfort. We do not understand how people can do what they do and seek to resolve our disbelief by calling it something to which we know how to respond.

The problem with writing off the Islamic State as evil in this way is that this might be exactly what they want, for they have actually acquired most of they money from robbing banks, ransoming hostages and looting minorities.

Their horrifying videos make these things easier to achieve because in being confronted by that classic dilemma of your money or your life, most will forfeit their money and escape with their lives. Hence, the more evil they appear, the faster people run, the more they can loot and the more territory they acquire.

Thus, treating them as evil may actually facilitate their work.

But when we say they are evil it seems we are getting at the sense that they take pleasure in their cruelty. Most of us do this in little ways, like when we play jokes on someone and revel in their tension. But for this pleasure in the discomfort of others to be truly considered evil, it must break its victims physically or mentally. And this is just what the militiamen were doing with the man faced with the impossible wager.

Now there are also many videos of Israel soldiers reveling in killing Palestinians. Either they make a joke of it with some crude t-shirt or they prank call Gazans telling them their houses or hotels are about to be bombed. But there is a distance and abstraction to this revelry. And it is easy to get the sense that, were they brought face to face with their victims, they would quickly change their tune.

Israeli Defense Forces also appear to be deliberately killing civilians, and it increasingly seems they are doing this as a form of collective punishment. Sometimes this appears cold and calculating, sometimes hot headed and hateful. But the cruelty here seems more a source of weakness than strength, a failure to live up to collective national ethical standards that must be somehow explained away. The evil of the Islamic State, on the other hand, appears more as a source of strength, something about which they are bragging. Yet, seeing it as such lends to it a greater aura of strength that may play into their hands.

The biggest problem with the category of evil is that it is so unrealistic. Killing en masse is hard work.

The Rwandan Hutu treated their mass murder as a disciplined vocation. They assembled each morning, organized into teams and goaded one another on in what was essentially a nine to five job. Carrying out such work requires its own sort of inverted morality, the sort of willpower we need to finish a big desert after a filling meal.

We do not know what lies behind the masks of Islamic State militiamen.

We do not know the looks of pleasure or horror they express when they kill en masse.

We do not know how they muster up the energy needed to cut off the heads of victims or how they feel as they wash the blood from their hands.

It is all too new and unstudied for us to really get a handle on why they are doing it. But we can be certain that when the case studies begin to appear, we will be confronted by real human beings having real human responses to the atrocities they are committing. Throwing them into the evil drawer and closing it up does not help us to deal with the threat they pose. On the contrary, it is often a way for us to disengage altogether.

Not only does this make for poor strategy, but it dehumanizes the whole discourse.

All of us become a little less human when we fail to see the ordinary humanity of the perpetrators of crimes against humanity.