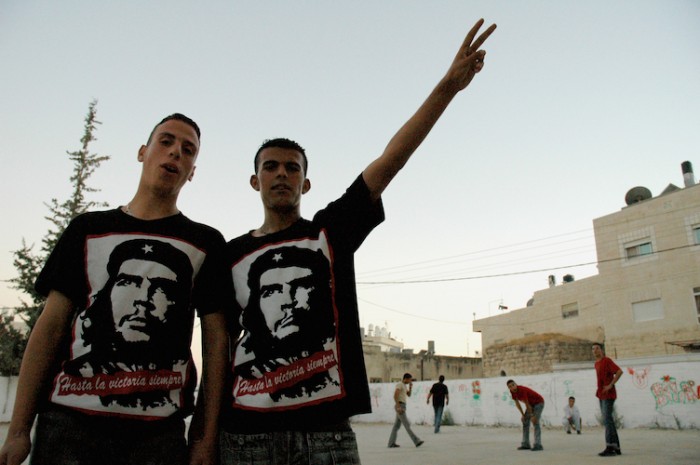 The Mirror of Racism.

He was erupting in anger in broken English over soft dance music and the rolling white sands of a Tel-Aviv beach.

Upon our introduction, I had been told by our highly cosmopolitan and very kind friends that this otherwise mild mannered man in his mid-forties, whose identity has been disguised, knew everything about politics and history, you name it. “Ask him anything.” But when it came to the subject of his Palestinian neighbors, he was sadly uninformed—and surprisingly racist.

There are many kinds of racism and it is important to make distinctions. There is a kind of “statistical racism” that is virtually impossible to avoid. Here we simply note statistical differences: this group is more educated, that group has higher crimes rates, etc. If we are liberal thinkers, we will try to understand the history behind these differences, perhaps to rectify the situation. But a deeper kind of racism takes these traits as inherent. And while some just accept these differences, others become agitated, developing a hatred for the “lesser” other. This sort of race hatred is what we widely recognize as racism. And it tends to get institutionalized in various forms of racial discrimination.

Racial discrimination tends to be self-fulfilling. Palestinians who are the victims of ethnic cleansing, pushed onto terrible lands, denied access to water, and placed under military rule, with all its ensuing trauma and economic disruption, for nearly half a century, cannot be expected to develop as wide a range of human capacities as the dominant Israelis. For the Israelis have had greater access to financial and educational resources through participation in an otherwise functional state. So the racism that inspired the discrimination in the first place will tend to be confirmed by those looking upon both groups without inquiry into the conditions that led to their development.

But racism is also often used as an excuse. When a dominant group perceives itself as threatened by another group, it can justify its dominance by evoking fears of the other. “Look at all the wars in Muslim countries; there are no Arab democracies; we are also refugees and look what we created, why can’t the Palestinians do the same.” In this case, the audience is often an American one, you the reader and the people with whom you associate.

These arguments are actually big business in the U.S. The American-Israel Public Affairs Committee has been named by Forbes magazine, in a commonly cited epic study, as the second most powerful lobby in the U.S. Over decades, they have worked to shape a discourse and foreign policy that pits American interests against the Muslim other. It would be unwise to take our own observations on this matter at face value if only because there has been so much work that has gone into shaping those perceptions.

The most ironic argument we will often hear is that the dominant group is being discriminated against because everyone favors the underdog. At one point one of my interlocutors said, “They kill three Israeli teens and no one pays any attention; then as soon as a Jew kills one Palestinian teen they erupt in stone throwing and President Obama has to apologize.”

He was referring to the conditions that led to the most recent attack on Gaza. But I remind him, “Over the course of the last 15 years, a Palestinian child has been killed on average of every three days, for a grand total of over 1,500 dead children (according to the Ministry of Information in Ramallah, as reported in the Israeli newspaper Ha’aretz).

Young teens are regularly arrested in the middle of the night, taken to undisclosed locations, and kicked and slapped around in an effort to turn them into informers. This has been tracked and condemned by major international children’s organizations, like UNICEF. And of course, there was a massive response to the kidnapping of the Israeli teens. Twelve Palestinians were killed and something like 500 arrested.”

And here it helps to have travelled. “My first night in Ramallah, there were explosions through the night just a block away, constant explosions and gunfire, in an effort to arrest more people the Israeli Defense Forces associated with the kidnapping.” All of this is news to the most knowledgeable man on earth. “Ask him anything,” except in regards to the issue around which he holds the strongest views.

Racism is sustained through attention to select information.

So it is that this highly educated and politically obsessive society knows almost nothing of their own government’s policies toward Palestinians. The members of the small party were not bad people; at least one was kind, tolerant, humble, open-minded, and magnanimous. They were smart and sophisticated people, with significant experience of Arab cultures.

But no one in the party knew anything whatsoever of the massive restrictions placed on Palestinian access to water, the shooting of peaceful protesters in the West Bank, or the segregation of schools and housing in Israel proper. Rather, there was a void in understanding just where you might have expected it most.

Racism closes off the path to understanding, taking present realities as the result of inherent traits. And in so doing, racism harms not only those discriminated against but the racists themselves. Racists will tend to be shallower, failing to look deeply into why things are the way they are. And their hearts will tend to be closed off to the human capacity for transformation.

The differences between Palestinians and Israelis are noteworthy in this regard. It is sometimes said that those who are discriminated against will always see at least two realities, their own and that of their oppressor. But they will also tend to inquire into the conditioned nature of human society. And this can make them more acute trenchant social observers.

Palestinians struck me as far freer of racism—none seemed to care in the least that I was half-Jewish, for example. And they seemed more open-minded and willing to speculate. As the underdog in a long fight against the occupation, the most morally sensitive people have tended to flock to their cause as well, and the ethics of these people, many of which are left-wing Israelis, seem to have had a liberalizing effect on Palestinians.

The occupation has also often forced Palestinians out of the Middle East altogether, and like the Jews before them, the only thing they have carried with them has tended to be their learning. Thus, they have become a learned and cosmopolitan minority, with Semitic features, the new Jews in all but name. And this is something the racists tend all to often to forget: the people they discriminate against are all too often just their own mirror reflection.