The Paradox of Depression & The Illusion of Separateness. 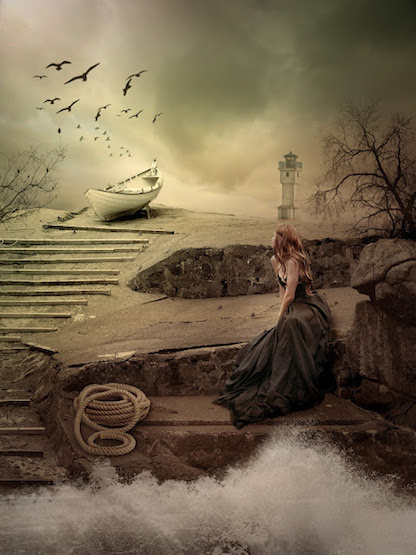 Depression strikes, after several warning signs and rumblings, and sends shock waves through every aspect of my life.

I’ve heard of people who only suffer depression after a traumatic event or loss, but there is another type of depression: the kind that comes uninvited, and occasionally leaves you alone, but returns regardless of your efforts and your circumstances.

Others think this is just a Western disease. These people don’t realize it can’t be banished forever with occasional “fun” activities and positive thinking. They don’t know because their minds are not afflicted.

They don’t know depression seems to have a mind of its own, and doesn’t like being told what to do. I describe it as the weather changing in your brain. Knowing others are in the same boat is not much help, really, but it’s something.

When it strikes, I am left cracked open and exposed, and the process of trying to heal and re-seal the wound begins again. But it’s like an earthquake every time. How does one repair the cracks from an earthquake? How does one re-align a world which has been so violently disrupted and shifted?

The earth is in constant flux, victim of its own friction, movement and faults. That is how I feel in the midst of the tremors. I feel like the earth—with mysterious forces at work, that are inherent within me, over which I seem to have no control.

One can rebuild temporary structures after such an event, but one cannot stop the earth from evolving, the hidden forces within from shifting and wreaking havoc. If not one place, another. The struggle never ends—there is never certainty, never predictability—the only sure thing being that once again, somewhere, the factors that come into play, having slowly and continually developed, manifest themselves.

The earth will show symptoms of its recklessness again, all the while, seemingly unconscious of the factors that cause the damage. Through these shifts over eons we sometimes behold spectacular phenomena: majestic mountain ranges, separation and rejoining of continents.

Would I sacrifice mountains and volcanoes and in the hope for the cessation of natural forces? It is not the cessation of change that I crave: it is the cessation of suffering. And yet they say a permanent state of heaven would be boring, that we cannot appreciate the good times without the bad. This
is fine if you are somewhat emotionally stable and healthy, but those with chronic depression don’t really want to hear it.

A profound loneliness has been the driving force in my life for as long as I can remember. The loneliness subsides at times, but rears its ugly head again even during times when everything seems just right. I find some comfort, a safe haven—a place where love and comfort are freely available—but the search continues. I count my blessings, appreciate anything I am given, any love I am shown, and try to force contentment on myself. But something has never been quite right internally. I try to manipulate the outside world to to suit my inner needs, but the feeling persists, despite my efforts.

Is this a fault within me, a skewed perception, something I can cure? Or is it a fault with the world, one I am feeling more deeply than others, due to some inner disturbance I had no part in creating? Did something go wrong in my mind at some point I can’t recall, or was I created, somehow, already lacking something essential?

As a child my life was quite hectic. I had glimpses of what was normal, and healthy, and some support from others. But at the same time, it was defined primarily by instability, contradictions, confusion and turmoil. I had the constant feeling that I had lost some part of me, something I would have to search high and low for, both outside and inside myself.

I grieved for something that seemed just out of reach and irretrievable. I grieved for the suffering and the loss of innocence in the (my?) world as far back as I can recall. I wasn’t sure what to look for. Now, as an adult, I am in a safe and loving place. I am accepted for who I am by many people around me. I thought this would cure everything, but something is still wrong.

For the millions of Americans in therapy and who take antidepressants, this rings true as well. What are we missing? For me, bipolar is the issue, but many struggle with depression as well as social anxiety and addiction, eating disorders, and other mental health issues.

Pills have had their place, and I’ve dabbled in therapy (sometimes playing the rebel-without-a-cause). I have a feeling sometimes that I need to keep searching for the missing piece, and that then life would seem worth the trouble. Other times, I am too tired. My material needs are very basic—the craving has nothing to do with wanting “stuff.”

Where do the forces that made me end, and I begin? There is no clear answer to this, because it is an illusion, a deception, a construct of the mind, to think that one as an individual is independent of all other phenomena in the universe. I am a product of nature and nurture, my culture, society, my opinions and the opinions of others. I am a surviving remnant of a long line of ancestors who all managed to pass along their genes throughout history. I am a product of my thoughts, my feelings, my actions—but these stem from mysterious places and I can’t find the source.

Everything is interdependent, so how can it be that we sometimes feel so isolated? How can those who suffer from depression figure out how to feel more connected? We already are interconnected to everything around us. Why do we sometimes feel like separate entities existing outside of everything that created and sustains us? How do we shatter the illusion? 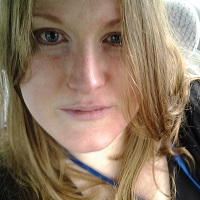