The Real “Fat-Shaming” No One Speaks About. 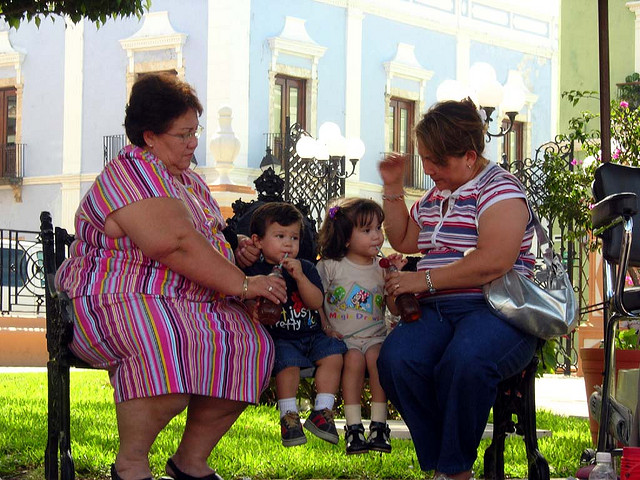 The post was simple enough: a friend on social media had posted a link about an obese mother-of-two on public support who claimed that there was nothing she could do about her weight because she could only afford junk food.

“It’s not easy being overweight and on benefits. If I was well off, I’d be able to buy fresh food and afford a gym membership.”

My friend wrote that she was “sincerely interested” in what people thought about this. She also asked for “only thoughtful, compassionate responses.” While she may have gotten the former, the latter feel on deaf ears.

Overwhelmingly, Briggs was criticized for her statement:

“BS!” said more than one person.

“I think she is insane!” said another.

The fact that Briggs had several tattoos was used as “evidence” of her poor choices and how she was supposedly choosing to get tattoos over buying healthy food or joining a gym.

(It’s worth noting that nothing in the link posted nor anything else I could find about Briggs mentioned how much she had paid for said tattoos or even when she had gotten them. As someone else pointed out, they may very well have been acquired before she ever went on government assistance or reached her current weight of approximately 350 lbs.)

Many also challenged the notion that junk food was cheaper claiming that if she wanted to, she could do the research and plan meals made from fresh produce and lean cuts of meat. More than a few suggested that she buy seeds and grow her own produce.

Comments about the possibility that perhaps she lived in a food desert and did not have the means to get to a supermarket that sold fresh produce went largely ignored, along with the fact that growing produce not only requires access to said seeds, but a certain amount of knowledge that may not be easily available to someone who is poor.

Overall, if I had to sum up the overall attitude of the vast majority of posters, it was one of disgust: not only disgust about Briggs’s physical appearance but about her lack of “control”. At least a few posters shared that they either were or grew up “poor” yet ate healthy and exercised regularly.

As someone who grew up in an impoverished area of the country that also has a high obesity rate, I could not help but be fascinated by the comments.

From my point of view, there were really two issues present: the issue of why so many poor people appear to make bad choices for themselves and the overall bigger issue of fat shaming which happens to cut across all socio-economic groups and is becoming more and more common as America and the rest of the Western world continue to grow heavier.

Fat phobia is, arguably, the last acceptable form of social prejudice. While few would deny that racism and sexism are still big problems, it’s highly unlikely that even the most die-hard racist would publicly post the some of the things that were said about Briggs or at least not post them under their own names.

The idea that fat people are people lacking in control, who don’t care about their own health, etc. is very common even amongst people who are overweight themselves. This is especially true in the case where a person is fat, educated and middle or upper-class. In some ways, these folks are-pardon the pun- even bigger targets for criticism because there is the belief that they of all people “should know better”.

Lest anyone think that is an exaggeration, numerous studies have shown that overweight and obese people are frequently turned down for jobs and promotions even when their qualifications and experience is identical to that of their normal-weight counterparts.

As Steve Siebold, a consultant to several Fortune 500 companies says,

“We are living in such a politically correct society where we are deluding ourselves into believing overweight people are not discriminated against. [However], [m]any employers look at obese candidates and immediately think, ‘this person failed in controlling their own health, how are they going to run a division’ “.

Indeed, even those who have reached a high level of success are not immune from prejudice. In 2013, The Wall Street Journal reported that overweight executives “were often looked at as less effective in their job both from a performance and interpersonal relationship perspective.”

Even worse is being a fat, educated, professional woman.

It goes without saying that women are judged by their appearance far more than men are.

As someone currently pregnant with my second child, it never ceases to amaze me by how many people comment on how “small” or “big” I am or asks if I am worried about packing on the pounds. (It used to be that pregnant women were given a temporary pass on weight but not so much now as there are a growing number of people claiming some women use pregnancy as an excuse to “let themselves go”. Some women are even publicly taking pride in the fact that they remained “skinny” while pregnant-like it is the ultimate example of self-control.)

Besides my own experience, there are also two other examples that are close to home and serve as a reminder of the prejudices fat, accomplished women face: one is the 2012 forced resignation of University of Virginia president, Teresa Sullivan which was spearheaded by a female board of trustee member who reportedly had a problem with Sullivan’s physical appearance and claimed that she “did not look like that of a university president”.

The other involved a situation where I once worked and an Ivy League-educated attorney was told that her chances for advancement might be limited since her appearance did not fit with the company’s image.

While many who openly voice their criticism of  fatness claim they are primarily or only concerned about the “health” of the person or persons they are criticizing, the fact is there are many overweight people who are perfectly healthy and many normal-weight who are not. Therefore, I see their comments as less a reflection of any sort of real concern and more about the phobia that surrounds fatness and it’s supposed “lack of control”.

The truth is, much like poverty and the poor choices that often come with living in poverty, the reasons that people are fat-regardless of socioeconomic conditions-are complex and cannot be summed up in a single statement nor can a one-size-fits-all-approach be used to “cure” the very real problem of obesity.

Shaming fat people or taking a holier-than-thou approach does not work either. The truth is, like any other group, fat people need to be seen as individuals. Being fat does not automatically mean that someone is out-of-control or doesn’t care. (There are actually are some people who eat healthy, exercise regularly and still remain overweight due to genetic factors or metabolic disorders.

Likewise, there are also people who are very thin but live on junk food, nicotine, and other unhealthy things.) Just like most people dismiss the notion of racial superiority, it’s time to dismiss the notion that having a certain body mass index makes one superior or inferior much less indicates how in control they are of their lives.

Therefore, in a time were there is increasing call for for tolerance, let’s apply to all-including those who are fat.