Understanding Gluten & How to Digest It. 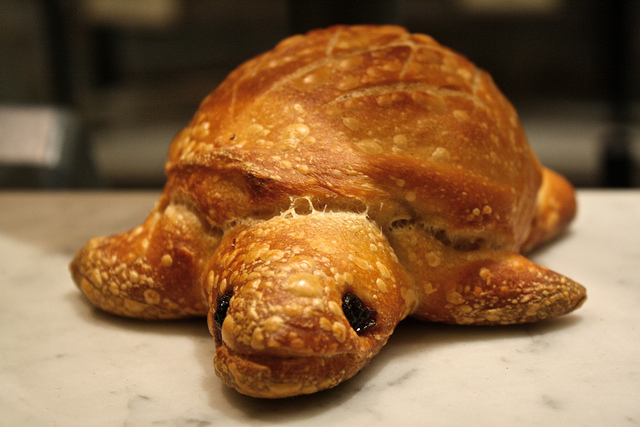 Gluten is just a really-hard-to-digest protein.

Gluten is a hard-to-digest protein that should be broken down in the stomach by a powerful acid called HCl (hydrochloric acid), or what I call digestive fire. If gluten is allowed to go undigested from the stomach into the small intestine, it can act as an irritant to the skin and villi of the intestinal wall.

Studies have shown that the gluten protein in its undigested form is such an irritant that it can inflame and separate the intestinal villi, and allow gluten and other undigested proteins and toxins to move into the lymphatic circulation surrounding the digestive tract.

Bloating, fatigue, brain fog, compromised immunity, allergies and numerous forms of discomfort can all be tied to gluten-related lymph congestion due to poor digestion.

Idea 2: Turn on your digestive fire

This is an important step in enjoying gluten again, but before we just turn the fire back on, or just take an HCL supplement, we must ask, “Why did the fire go out in the first place?” Here are some of the most common causes:

The majority of Americans are dehydrated, and the stomach is particularly vulnerable.

The stomach produces large amounts of acid which, if not buffered, could burn a hole in the stomach and cause an ulcer. To prevent this, the stomach wall is surrounded by a buffer layer of bicarbonate cells that is 80 percent water. If this buffer layer gets dehydrated, it is unable to neutralize the acids in the stomach, and the stomach is signaled to produce less digestive acid. As a result, hard-to-digest foods such as wheat, dairy, soy, nuts and others will go undigested.

Drink eight to 12 oz of water 15 to 30 minutes before each meal to hydrate the stomach’s buffer layer. This is not to be confused with drinking large amounts of water during the meal, which can dilute the stomach acid.

Idea 4: Decongest your liver and boost your bile flow

The stomach is then forced to hold onto the digestive acid, which can cause heartburn. Over time, the stomach—in order to match the lack of bile flow—will dial down its stomach acid production. Here are some great ways to boost bile flow:

Stomach adhesions are a result of congested bile flow, heartburn and/or stress over a long period of time. When under stress, the stomach will push up against the diaphragm. Over time, the stomach can literally stick to the underside of the diaphragmatic wall, causing indigestion, breathing problems and discomfort. The remedy is a home exercise I’ve named, “Stomach Pulling.”

How to Stomach Pull:

Sit in a chair with a back. Slouch and poke your thumb into your belly under the ribcage. Poke across both sides with pretty hard pressure. When you feel some soreness, hold that spot and begin to lean back as you breathe in deeply and pull down with your thumb towards your navel. Repeat this action for two minutes, twice a day until all soreness under the ribcage is gone. Watch the video tutorial and read the article on Stomach Pulling here.

Lack of good bowel movements can cause toxins to build up in the gut and be re-directed back to the liver. Here, these toxins will slowly congest the liver and thicken the bile. It is important to maintain good intestinal eliminative health. To help this, there is an Ayurvedic herb called Triphala, which acts as a bowel toner and intestinal scrub. Take 2-4 capsules of Triphala before bed with a glass of water for best results.

Perhaps the biggest culprit that can dial down one’s digestive strength is stress. Having a meditation practice is critical in this day and age to help us re-direct stress away from our gut. We now know that stress is processed through the intestines and that 95 percent of the serotonin in the body is produced in the gut.

Eating on the run, standing up, while on the phone, watching a movie or while on the treadmill is just bad juju. There is an old Vedic saying that goes, “If you eat standing up, death looks over your shoulder.” This is a connection that takes place between the taste and smell of the food and the digestive acid and enzymes produced in the stomach. When digesting hard-to-digest proteins like gluten, we need all hands on deck. Do not start eating until you are really settled, calm and ready to eat and enjoy each bite with awareness!

Idea 9: Fire Up The Furnace

Now that we have dealt with many of the underlying reasons why you are not digesting wheat effectively, here are a few techniques to turn on your digestive fire:

Idea 10: Why Being Able to Digest Gluten is So important

Eating gluten is not a requirement for optimal health. You never have to eat it again, but in many cases the reason folks have trouble with gluten is that their digestive strength has weakened. Interestingly, the digestive pathways are the same as the detox pathways, so if you do not digest gluten well, you may not be detoxifying well either.

Yes, you can avoid hard-to-digest foods, but you cannot avoid the toxins in the environment. Being able to ramp up your digestive strength to be able to tolerate gluten again will be a clear sign that your digestive and detox pathways are doing their job.