10 Reasons Solitude & Silence is More Important Now than Ever. 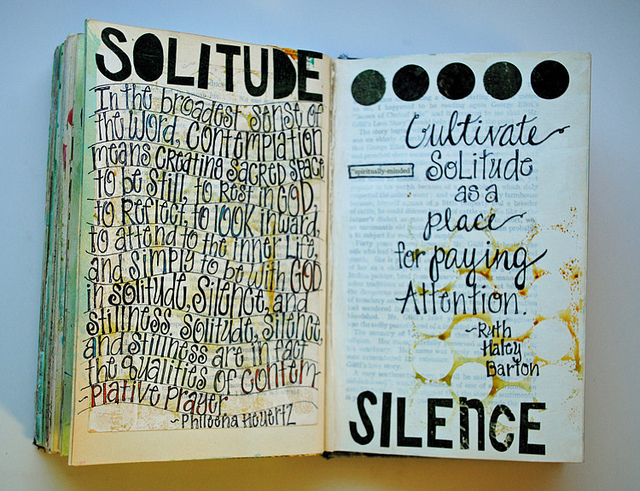 It’s amazing how tuned out we become to the motor of the air-conditioner and refrigerator—the sudden silence is a startling reprieve.

Likewise, we become numb to the buzz of our technology saturated world.

Smartphone users check their device every 6.5 minutes, which works out to mean around 150 times a day. Silence has been replaced with a cacophony of communication, and solitude with social media.

It’s clear that silence and solitude are both endangered species in our modern society, yet great revelations and benefits are found in them.

Too often our culture parallels self-worth with productivity levels. Whether it’s asking what our country can do for us, or what we can do for our country, the question remains—what is left to be done? It’s a one-way ticket to burnout.

Solitude allows for a break from the tyrant of productivity. What’s more is that doing nothing helps with doing much rather than being in opposition. Promega is a company with on-the-job “third spaces” where employees are able to take solitude breaks and meditate in natural light. This has resulted in numerous health benefits as well as improved productivity levels for the company.

For many, attempting ten days of silence would be akin to walking on water. Vipassana silent retreats are exactly that; participants are instructed to refrain from reading, writing, or eye contact.

One hundred scientists went on a retreat for research and noted that shutting off the faculty of speech heightens awareness in other areas. Beginning with breathing, that focus and sensitivity is then transferred to sights, sounds, sensations, thoughts, intentions and emotions.

Alan Watts argues that our frustration and anxiety is rooted in feeling and being disconnected—living in the future or the past is nothing but an illusion.

Silence brings our awareness back to the present. This is where concrete happiness is experienced. Watts makes the distinction between our basic and ingenious consciousness; the latter makes predictions based on our memories, which seem so real to the mind that we’re caught in a hypothetical abstraction. It plans out our lives with an abstract happiness, but an abstract happiness can also be a very real disappointment.

The future falls short of what the present can deliver. Silence and solitude can help immerses us back in the present moment.

Combining solitude with a walk in nature causes brain growth in the hippocampus region, resulting in better memory.

Evolutionists explain that being in nature sparks our spatial memory as it did when our ancestors went hunting—remembering where the food and predators were was essential for survival. Taking a walk alone gives the brain uninterrupted focus and helps with memory consolidation.

Psychologist Kelly McGonigal says during silence, the mind is best able to cultivate a form of mindful intention that later motivates us to take action.

Intentional silence puts us in a state of mental reflection and disengages our intellectual mind. At that point McGonigal says to ask yourself three questions:

“If anything were possible, what would I welcome or create in my life?”

“When I’m feeling most courageous and inspired, what do I want to offer the world?”

“When I’m honest about how I suffer, what do I want to make peace with?”

Removing our critical minds allow the imagination and positive emotions to build a subconscious intention and add fuel to our goals.

McGonigal explains, “When you approach the practice of figuring this stuff out in that way, you start to get images and memories and ideas that are different than if you tried to answer those questions intellectually.”

The visceral reaction of cursing at a loved one or over-disciplining our children often comes with regret. It happens when we’re completely governed by actions, and absent of reasonable thought.

In silence, we make room for the self-awareness that allows us to be in control of our actions, rather than under their control. The break from external voices puts us in tune to our inner voices—and it’s those inner voices that drive our actions. Awareness leads to control.

We must practice becoming an observer of our thoughts. The human will is strengthened whenever we choose not to respond to every actionable thought.

The brain is the most complex and powerful organ, and like muscles, benefits from rest. UCLA research showed that regular times set aside to disengage, sit in silence, and mentally rest, improves the the “folding” of the cortex and boosts our ability to process information.

Carving out as little as 10 minutes to sit in our car and visualize peaceful scenery (rainforest, snow-falling, beach) will thicken grey matter in our brains.

The creative process includes a crucial stage called incubation, where all the ideas we’ve been exposed to get to meet, mingle, marinate—then produce a eureka or “A-ha” moment. The secret to incubation? Nothing. Literally. Disengage from the work at hand, and take a rest. It’s also the elixir for mental blocks.

What’s typically seen as useless daydreaming is now being seen as an essential experience. Professor Jonathan Schooler from UC Santa Barbara says, “Daydreaming and boredom seem to be a source for incubation and creative discovery in the brain.”

Just when we’ve found a quiet place to sit alone and reflect, an itch will beckon to be scratched. But many meditation teachers will encourage us to refrain and breathe into the experience until it passes.

Along with bringing our minds back from distracting thoughts and to our breathing, these practices during silence and solitude work to build greater self-discipline.

Our fight/flight mechanism causes us to flee not only from physical difficulties, but also emotional difficulties. Ignoring and burying negative emotions, however, only causes them to manifest in the form of stress, anxiety, anger and insomnia.

Strategies to release emotional turbulence include sitting in silence and thinking in detail about what triggered the negative emotion. The key is to do so as an observer—stepping outside of ourselves as if we’re reporting for a newspaper. It’s a visualization technique used by psychotherapists to detach a person from their emotions, which allows them to process an experience objectively and rationally. 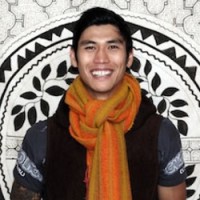