Here’s an Idea that Should Win the Internet Today. 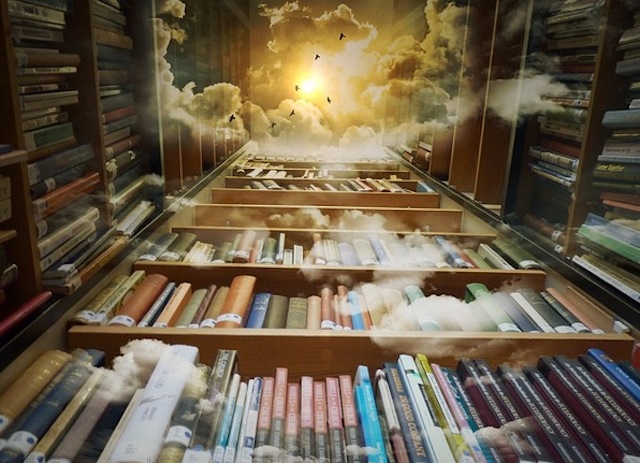 Imagine walking into the world’s most beautiful library.

Shelves as far as the eye can see are lined with every single manuscript and film and piece of art and music in the history of mankind.

Now imagine walking into this grand library without a particular subject or project in mind. Instead, quotes and inventions and moving images begin to fall from the cathedral ceilings.

Nothing alphabetical or sorted by subject or date or logical progression, much less Dewey Decimal—just a mass of information bombarding your cerebral cortex.

The World’s most wondrous bits—incoming!

It is the Internet—the World Wide Web of everything and it’s making us all flea-brained lunatics.

Without curators or librarians to help organize these materials, we’re often dazed and confused. Without guidance or a strategic approach (see John Wooden or Cesar Chavez), we have trouble connecting the dots.

It’s like filling a blender with bananas and wheatgrass and SuperGreen algae—topped off with some nuts and bolts.

Not surprisingly, Hitler’s grand plan meshed with DIY projects, Banksy’s art, a Nicki Minaj vid and the Bill of Rights may lead one down an innovative, twisted and diabolical path.

When I was an undergrad at the University of California at Berkeley, the librarians wouldn’t let us anywhere near the reading rooms of Bancroft Library until we’d proven we could conduct ourselves in the proper manner.

Perhaps access to the deep stacks of the Internet should be restricted until we’ve mastered a few fundamentals of our own: not checking out too many items at once, opening new pages only after we’ve finished browsing the ones in front of us, playing (and sharing and chatting) well with others and having a basic understanding of citation, concentration and civility.

I digress. Which is exactly the point.

The problem with online news aggregators such as HuffPo and the Daily Beast isn’t that we’re being dumbed down or sold a bill of goods (we are) but that we’re force-fed too much of (sometimes) a good thing.

From Daily Show clips to Oprah-riffic tips to BuzzFeed Quizzes (I’m Hermione!) to too-many TED talks, we are overly informed and in-over-our-heads.

We’ve bookmarked and forwarded and linked and pinned and hashtagged so many posts and pics and listicles, we’re like over-caffeinated, Tweeting, Yelping, Brittanica salesmen from hell.

“Thought you’d enjoy this blog from mental_floss, Dad, as I know you’re a fan of abandoned amusement parks you can only see from outer-space!” “Here’s that video of #lebronjames doing yoga I mentioned! Taking my talents to @Lululemon!”

It’s not Anne Frank’s fault or Sanjay Gupta’s or Patton Oswald’s or even Arianna Huffington’s, really.

We, the web-surfing masses are inundated with so many powerful, inspirational, meaningful (and meaningless) tidbits that we desperately attempt to stay “in the know.”

We don’t have FOMO (Fear of Missing Out), we have FOAM-MATRIS (Fear Of Always Missing Most or All of The Really Important Shit).

And the bastards at Upworthy aren’t helping with their ingeniously crafted “Click Bait”—“The First Ten Seconds Had Me in Tears; The Last Ten Saved My Life.”

Who among us isn’t going to watch that?! “What Famous Person Should You Get Drunk With?” Please let it be Rihanna! “Five Relationship Red Flags You Should Never Ignore!”

Turns out, we don’t need a million quotes from Russell Brand or Elizabeth Warren or George Carlin or Maya Angelou—we need just one.

Big-picture concepts such as joy and love and gratitude and forgiveness requires serious practice and study, not a hashtag (#thrive). Read the chapter on “equanimity” from the Dalai Lama’s book, The Art of Happiness, for example and try and incorporate the concept into your daily life; there’s a 30 year assignment that will change your entire mindset.

Now you can stop following HuffPoHeath. (You are welcome).

They say “knowledge is power.”

Given the ever-present deluge of internet posts (and the ability to Google everything), this assertion is no longer true.

Knowledge is, well, useless without purpose. There comes a time to stop collecting words of wisdom “Thou Shalt Not Kill” and begin implementing the ideas behind them “Thou shalt not allow a person to buy a submachine gun without a simple background check”.

How many videos of a scuba diver freeing a humpback from a tangled mess of garbage do I need to see before I join Greenpeace and their efforts to clean up the ocean?  How many hilarious Colbert clips about our country being run by a small, out-of-touch group of rich, elderly white men must I watch before I actively do something about campaign finance reform?

How many PSAs of a soldier re-uniting with his newborn (or dog) must bring me to tears before I support the Veteran Relief Fund or volunteer at a soup kitchen where too many of these wounded warriors now reside?

The time has come to “pull the trigger,” to pick a major, to concentrate on a subject that calls you for longer than the time it takes to click the “like” button. You may feel better about getting the cancer kid 10,000 likes, but he’s not living any longer because you do. Like the Cancer Alliance with a check!

Here’s an idea that should win the Internet today: It’s simple, “click worthy,” and might even “go viral.”

Why not check out one item from this great digital library in depth? Why not go deeper into the stacks?

Perhaps all those cat Vines have inspired you to work at a shelter. Maybe it’s (yet another) video of a Make-a-Wish kid that motivates you to grant one.

Could be that you’re so sick of seeing “Ban Monsanto” memes that you decide to start an organic farm in your backyard. Or maybe the latest grieving father has moved you beyond tears and to actively out-number the NRA.

Not surprisingly, it takes more than clicking a thumbs-up icon to change the World.

No library card or registration is required; just check out a subject here.

Our real-world actions are long over-due. 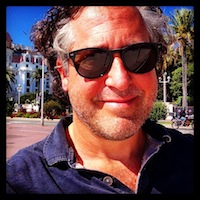