Letting the Love Back In: How to Trust Again After Getting Burned. 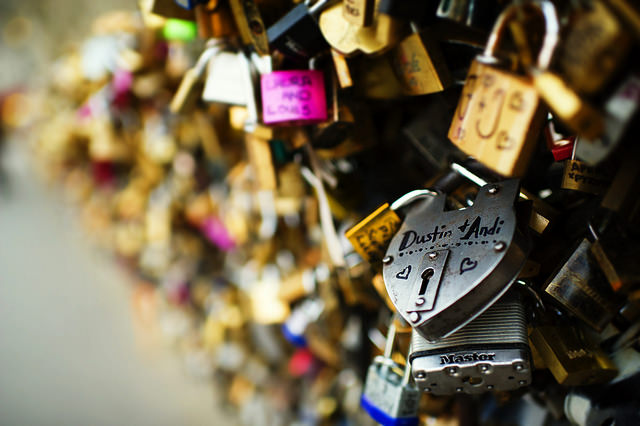 Nearly everyone I know has been through a bad break-up or two.

In fact, I would be amazed if there was anyone over 30 who has never experienced this.

By the latter, I am referring to abuse (emotional and/or physical), abandonment, deep betrayal or any combination of these things. Many times, our reaction after getting out of one of these relationships is, “I will never be in another relationship again!” The truth is, as time passes, most of us will embark on new relationships.

However, the baggage from those bad relationships can remain with us for years—especially if we never address it or get the help we need to move past it.

Sometimes, even with professional help and the belief that we are over it, the past can come back to haunt us in ways we aren’t even aware of.

For example, speaking as someone who was in a year-long relationship with someone who was a chronic cheater, I found myself in a relationship five years later worrying that my new partner would cheat on me. Despite the fact that I knew he was a different person, there was part of me that could never really trust him or feel secure.

Needless to say, this was a major reason why it didn’t last.

Learning to trust again after getting burned isn’t an easy thing. It isn’t something that can be accomplished in a day, a month, or in some cases, even a year.

However, there are some steps we can take to make it easier.

Below are three important ones that have helped me on my journey:

1. Remember that people are not apples.

One bad apple can spoil the bunch, but that isn’t the case with people.

Despite having been with my own share of bad apples, I tend to believe that good, decent people outweigh the former. Expecting everyone we meet to be a bad apple not only inadvertently attracts them, it can serve as a way to repel the good ones.

Plus, there are few things less sexy or attractive than a bad attitude toward everyone we meet.

2. Get upset or worried about the things our partner is doing or did, not what they might do.

In any relationship, there are going to be times when we  get angry and argue with our partner. However, it’s not uncommon for those of us who have been badly burned to project onto others or get upset about things they haven’t even done. (See my personal example above. I was so convinced that I would get cheated on again that I would accuse my then-boyfriend of things that might happen.)

Before you argue, or if you already are, ask yourself this: Is this argument really about us—or is it about me and my past partner?

We’ve all heard of a partner being “whipped.” Even though this no longer occurs through physical whippings, we need to make sure we aren’t the ones doling out the verbal lashes.

3. Remind ourselves that great rewards come with some degree of risk.

I won’t mince words: it’s scary to trust again and put ourselves in a vulnerable position after experiencing a great loss. However, we simply will not have good, much less great relationships unless we do so.

While we do have the option of never getting deeply involved with someone else again, for most of us, that isn’t a very pleasing alternative.

Granted, if alarm bells are going off and we feel that this simply isn’t someone we should trust, then we should listen to those bells. (Ideally, we should do this sooner rather than later.)

Still, we should at least give someone the benefit of the doubt. As mentioned above, just because some people  do awful things to others doesn’t mean everyone does.

In closing, trust can be hard to establish even for those who have never been deeply hurt. For those of us who have, though, it can be even more challenging.

Still, it isn’t impossible. Even if we’ve been burned more times than we care to admit, there is always the hope that a healthier, better relationship awaits us.

In any event, it’s important not to be a prisoner to the past.

That doesn’t mean we should pretend it doesn’t matter. The past does matter. It can certainly shape our perspective on people and relationships, but that does not and should not mean that it shapes it for the worst.

Instead, if we can think of even our worst past relationship as a learning experience, it may even lead us to a positive realization.