Money is Energy, and Empathy is the Currency for Changing the World. 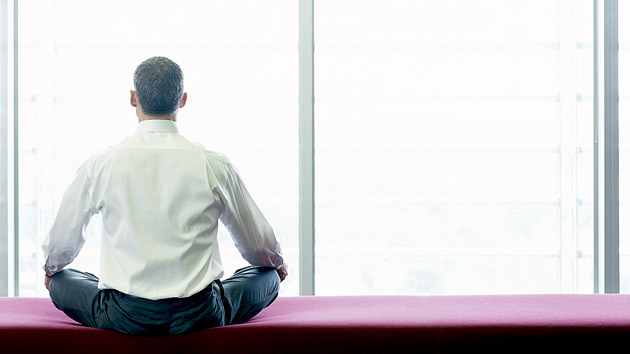 The following piece originally appeared on the Shambhala Times, our partners in creating enlightened society. Stay tuned for more hosted articles by our friends at the Shambhala Times! In this post, Cameron Wenaus of Retreat.Guru and Sarah Lipton, Editor-in-Chief of the Shambhala Times conducted an interview with Jerry Colonna (more info in bio section) as part of their Radical Compassion column.

Loneliness can be terrifying.

The terror transforms to apathy as we enter the corporate world, forced to give up our humanity to make a living.

Spiritual communities have long been looking for a way to maintain humanity in the shadow of corporations. The idea is to bring compassion to business, but still work remains a dehumanizing aspect of life.

“They feel it,” Jerry Colonna speaks of the corporate experience, “and I think in particular, in that existential place where work and meaning start to overlap, what happens is that we internalize a view that it’s not okay to admit that we’re broken-hearted.”

Jerry continues saying, “Many years ago, thanks to my own depression, in the midst of my own suicidal thoughts, I came to understand that one of the reasons that I struggled so much was that I would disassociate and be inauthentic in my work world.” Colonna says, “I was complicit in the process of demeaning my own humanity when I would step into the boardroom like this, or take a seat that has nice leather and stuff like that, thinking ‘Ooh, I’m a corporate person.’”

In other words, the corporation creates a structured system in which humans are cut off from reality. Not being able to touch reality creates an intensely emotionally destructive state. “Corporations and businesses are really just collections of broken-hearted human beings struggling to achieve some sort of purpose,” Jerry points out, “and when we deny that reality, we create a kind of violence.”

This violence is the separation of the human from reality, and separation from other humans. The broken-heartedness lies in the loneliness of living without full contact with other human beings. Compassion in the workplace has been shopped as the answer, but this is only sectioning off the bigger problem, “because that ghetto-izes the experience of compassion. It says it’s this thing that I take on and it’s over there. The point of compassion is for my humanity to interconnect with your humanity,” Jerry says.

We are told there is a time to be human and there is a time not to be human. But this is the problem. “We squeeze our compassion into 20-minute sitting and mindfulness meditation practices on the cushion.” Life becomes humanity sectioned off into its right time and place. “In my view,” shares Jerry, “compassion isn’t a state we strive to get to (‘Ooh, I’m gonna be good today. I’m gonna be compassionate today’). Compassion is the means by which our fullness as human beings gets expressed. Empathy is the currency for dialogue, not just the goal.”

Empathy, then, is the currency to create a new human workplace. “It’s a way for us to connect. It’s a much more profound currency than dollars,” Jerry says. “One of the most profound experiences for me,” in his coaching business, “is when I start to articulate intuitively what I think the client is feeling, and the relief that comes over them often ends in tears. Then they look at me and say, ‘How did you know?’ And the breakthrough happens when I say, ‘Because we all feel this way.’”

This empathy, this open talk of one’s emotional state opens the path to humanization. “As my bodhisattva son Michael once said to me, ‘Dad, you better tell me what’s going on, otherwise I’m gonna make shit up, and the shit I make up is gonna be negative and it’s gonna be about me.’ So I took the time to just say in 30 seconds where I really was. Then he didn’t have to carry the burden of feeling my feelings. And there we were, and then we go to work.”

It comes down to real and direct interactions with other human beings. People are not corporate entities, they have feelings. They need to connect. The connection brings openness, availability and understanding. “For me,” says Jerry, “a breakthrough thought is that money is just a form of energy. Empathy is just a form of energy.” And furthermore, he says, “we can have this dialogue about how if everything we do is a means of reinforcement for our interdependence and interconnectedness as beings, then hot damn! We don’t have to be so alone!”