My Life Partner isn’t my Best Friend & I’m Okay with That. 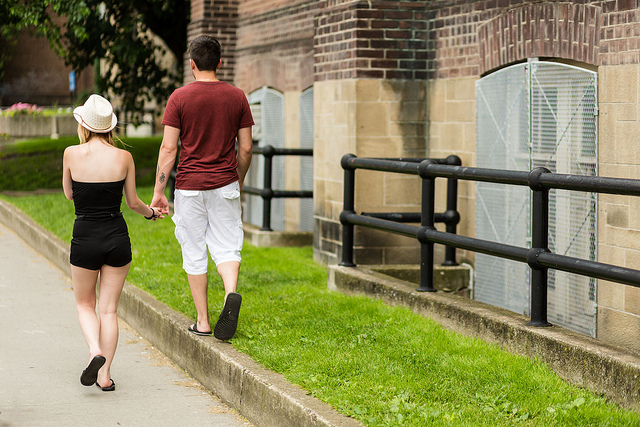 “Sometimes I sing and dance around my house in my underwear. Doesn’t make me Madonna.”

Praise be to the internet, for it has allowed us to meet our insatiable appetites for respectful pornography, army secrets and uplifting truisms. Of the three, it’s the endless truisms I find worrisome. The problem is they’re frequently not true.

Who’d give up paid annual leave and a car park for that?

But what about the “Life partner as best friend” scenario? On the surface it sounds like common sense. 24 hour fun, and no more squabbling over remote controls and “India: Holiday Hotspot, or Cesspool of Squalor?” And yet whenever this truism pops up, in a wedding speech or status update, my first though (after “Awwww!”) is, “Then I’m in deep s***t.”

My partner is not my best friend. We have nothing in common—he’s a video game designer whose idea of a great night is shooting naughty terrorists on a screen. I’m a yoga teacher whose idea of a great night is speculating on why said terrorists had to close off their heart chakras. The only thing we share is a deep love of Murakami’s lit’ry works, and yet I’m not interested in discussing them with him, since discussing Murakami is as interesting as discussing someone’s drug hallucination. And yet love’s been doing its magical thing for almost a decade now, and things seem to go along just fine.

But is it possible that in an ideal “I’ll have Angelina’s lips and Beyonce’s eyes!” kind of world, we’d all be happier—ecstatic even, if our life partner was also our best friend?

Let’s look at the practical realities.

Best friends are for bitching to, not at.

If you don’t have a separate best friend, who are you going to bitch to?

“It’s useful to have a best friend so you workshop your relationship issues with them,” said my friend Kate (once we finished bitching about partners). “But if your partner is your best friend, it creates a category conflict. We need another term—maybe your partner isn’t so much your ‘best friend’ as ‘best companion.’”

This makes sense when you think of a spousal relationship in terms of long stretches of empty time. Supermarket queues. 36 hour flights. Doctor’s waiting rooms. Any flawed human who spends that much time with another flawed human is bound to irritate them. But the benefit of having a partner who isn’t your best friend is that when they annoy you, you can issue a “cease and desist” appeal in the same breath as you ask for a cuddle. If you tell your best friend, they go away and sulk for three weeks.

Like having children, you need “an heir and a spare.”

I know a best-friend couple who live together, work together and play together. They don’t feel the need to socialise with others much, as they prefer playing video games together. Is that so wrong? To me it sounds like a sweet (but slightly smelly) little bubble. But while they may have cracked domestic bliss, is it, in fact, a wise investment?

If you put all your emotional needs in one person’s basket, what happens when they’re run over by a garbage truck? Or eat inexpertly prepared puffer fish? Alone and grief stricken, you’ll have only distant second best friends to console you.

In some ways, you have more intimacy with your best friend because there is absolutely no mystery. Even if your best friend is a different gender, they have a comforting familiarity. And yet there is an essential unknowability about a romantic partner, no matter how long you’ve been together. “Best friend familiarity” is not sexy. “Otherness” is sexy.

How does that “otherness” factor in to same-sex relationships? “Without the gender divide, on one hand it’s definitely easier to ‘get’ your partner in a way that seems harder when you’re straight,” said my friend Li-Kim. “But you still need that ‘otherness’ in terms of personality. So my ‘best’ friend is actually a straight married woman.”

I once read a quote by Cate Blanchett; she said something like “My friends say it’s okay if their partners don’t meet all their needs, because they get those needs met via their friendships. But I can’t understand that—I get everything I need from my husband.”

While that does sound wonderful and I’m sure Mr. Upton deserves an Oscar for Best Husband, I wonder if it’s a realistic expectation for everyone.

Is partnering up with someone who shares your passion for conquering virtual terrorists really truly necessary, or is it enough that they laugh at your jokes and think you’re the number one person they’d like to get busy with?

To quote author Robert Dessaix when told by a partner they could still be friends after breaking up: “Friends I already have, thank-you.”

But best companion? I’d marry that.