4 Steps for Giving Up on Martyrdom. I now know there’s a name for what I was for many years.

Owning this word helped me understand why I was always such a mess after helping others. Why, no matter how many thank yous I received, it was never enough. Why the need to respond to a distress call was fueled by anxiety that only subsided once I was ensconced in someone else’s problems.

Why labels like “selfless,” made me light up inside, and “selfish” made me shudder and scuttle away.

It took several small crises, one large mental health breakdown and a series of co-dependent relationships to understand why my desire to give always left me a wreck. And it led to ownership of a word that I then sought to shed: martyr.

In short, I was a person who gave to others at the expense of myself.

This ownership was followed by an epiphany when I realized that being a martyr had nothing to with the act of giving itself. It had to do with how I was giving, and to whom.

1. Becoming Best Friends with “No”

“No” wasn’t a word that was in my vocabulary unless, ironically, I applied it to myself. I was the quintessential “yes girl,” never turning anyone away. And in saying, “yes” to others all the time, I usually had to say “no” to myself. It’s no wonder that by giving from an unreplenished well, I ended up burned out and depleted.

And so, I spent a little over two years saying “no” to others. The first several months were awkward, my voice cracking on the word in anticipation of how it would be received. The responses ran the gamut, from acceptance to guilt trips, including anger and several lost friendships.

But something quite profound happened when I started to say no: the world did not come crumbling down. No one actually died. Many people supported this “new me,” and those that had a problem with it, gradually weeded themselves out of my life.

With this abundance of “nos,” I also found myself with an abundance of energy and time that I diligently dedicated to giving back to myself. By flipping the script on the “yes-no” dance, I gave all those yeses that I had so quickly offered to others, right back to myself.

At first I had no idea what I even wanted to say “yes” to. And so I bravely (in other words scared out of my mind) set off to figure out what it was that I actually liked to do. And because I now had time and energy to spend on and with myself, an entire universe of activities, and friendships, opened themselves up to me.

3. Allowing Others to Give to You

Amazingly, I began meeting new people who not only liked me simply for me (and not what I did for them), but who also wanted to give to me. It was awkward at first as I found it so easy to use “no” when offers of help came in. I was so used to “doing it all” that I simply wasn’t practiced in saying “yes” to offers of assistance. But once I realized that saying “yes” to these gifts was, in a very deep way, saying “yes” to myself, I began just as awkwardly to accept them.

And often they were so simple—“How about I pick up this check for dinner?” “Do you need a ride to the airport?” “Want to come over and talk about what’s wrong?” It became clear that when I set up an expectation within myself that I deserved to receive—when I treated myself the way I secretly wanted others to treat me—they responded in turn. As a result, so many beautiful people showed up in my life.

Because I could now give to myself and receive from others, I realized that, to shed being a martyr didn’t mean that I could never give to others again. It didn’t mean that I had to say “no” all the time to people that asked for help. Although that was necessary at first, as I learned how to redirect that energy to myself, over time I graduated into a new relationship with others. And so I owned another word that I carry with me like a great white shield: discernment.

Being discerning means both appropriately choosing who I say “yes” to and, more importantly, that I also continue saying “yes” to myself.

This creates a solid foundation that allows me to give from a place of strength. And this is the key to shedding martyrdom: putting yourself first in your own life, so when you choose to give, you do so without giving yourself up. 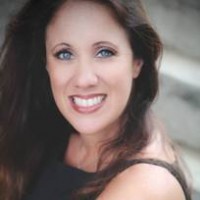