6 Reasons not to Place a Buddha Statue on the Floor. 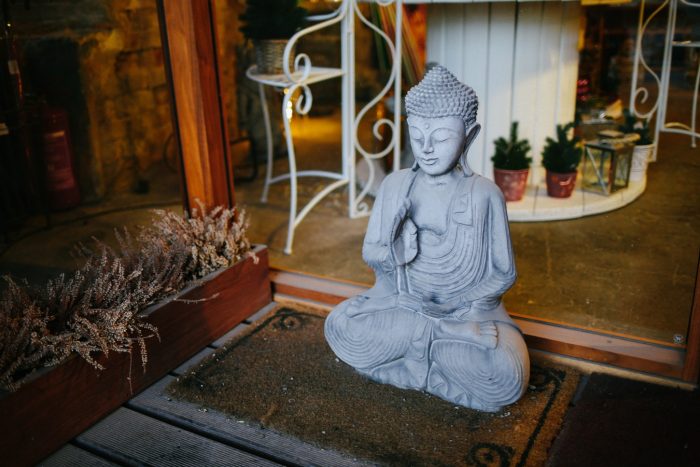 I grew up surrounded by Buddha statues.

My mother started a silk business in Thailand when I was a child and would bring back secret gifts of antique Buddhas that she placed in glass curios and shrines surrounded by purple orchids. His meditative posture and peaceful disposition filled our home with the state of balance humans have been striving to master for thousands of years.

Eventually, I chose to study in Asia and wound up spending half my life working, playing, and spiritually investigating within the culture. When I moved back to the United States, I couldn’t help but notice the Buddha trend: we place Buddha statues in kitchens and bathrooms, display their chopped off heads as art, print them on t-shirts, and even name nightclubs after them like the Buddha Bar. None of this is wrong; it is simply a matter of pop-culture interpretation. (Asian interpretations of western culture can be equally as innovative).

But what prompted me to write about all this is the current trend I have seen in yoga studios that is a classic Buddha statue faux pas:

From Los Angeles to New York, yoga studios are placing statues of the Buddha inside the practice room, on the floor.

The Buddha is an inspiring symbol to have in a yoga classroom; after all, he was a yogi too. In Asia, you will also find Buddha images set in spaces dedicated to meditation and prayer.

The difference is that in Buddhist countries, the statue of the Buddha is always raised up high on a pedestal, table, or wall mount; never on the floor. The reasons for this custom don’t have to do with deification. The Buddha is not a God. The historical Buddha was a human being and if anything, he did not encourage having statues made in his image at all.

The custom to elevate the Buddha image developed from traditional values and a sensitivity to express the essence of the Buddha’s teaching. In the spirit of yoga and Buddhism, when we bring any symbol into our space it is useful to know our intention behind the desire to do so.

How we choose to place a Buddha image is a reflection of our relationship to what it represents for ourselves and for the yoga classroom.

Here are six reasons why not to place a Buddha statue on the floor.

For freedom lovers of western culture, respect is a choice. In traditional Asian culture, it is imperative.

Respect is an attitude and function of collective societies that place the needs of the group before the individual. Regardless of the pluses and minuses that come with both these social structures, respect as a value in itself has powerful spiritual benefits; it is the ability to humble the ego and honor those who have walked the path before us.

In regards to the Buddha, he is respected as the Great Teacher. The word Buddha means “awakened one,” and represents the highest state of spiritual wisdom and capacity for love called Enlightenment. The statue of the Buddha not only represents the historical man that became an enlightened Master Teacher, but it also represents the Buddha within each of us. Isn’t that worth putting on a pedestal?

2. Everything has a place in the great chain of being.

When the Buddha arrived on the scene in the 6th century BCE, many spiritual traditions were already established.

In India, there was Hinduism and Jainism. China had Taoism and Confucianism. Before that, all over the region, there was nature worship that honored the Goddess Mother Earth and the ancestors called animism. As Buddhism spread beyond India and Nepal, it blended and coexisted with these ancient beliefs and still does today.

As traditions mixed together, animists were introduced to totally new Buddhist concepts such as nirvana, and growth occurred in the history of humankind’s spiritual development: spirit evolved its way from the ground up in a great chain of being.

This is why the Buddha is placed high above the earth. He represents a stage of consciousness that is experienced through meditative awareness. Pure consciousness is symbolized by the third eye, the region between the eyebrows, emphasizing the upper energy centers of our spiritual anatomy called chakras.

Note: This is not to say that Mother Earth is considered to be less evolved in Asian spiritual traditions. She has her place too, along with our physicality and natural instincts. All predominantly Buddhist countries have shrines dedicated to the guardian spirits of the land that are set up on the floor, rooted in the earth.

3. Lightness rises upwards through the heart.

In the language of energy, heavy things fall low to the floor, including negative thoughts, feelings, and lost spirits. Heaviness is a metaphor for when we feel tired, lethargic or stuck. We feel “down” or “low.”

Lightness—that upward movement—is a familiar energetic principle to all spiritual traditions that strive to transcend and include the lower states of instinctual drives into higher ones of bliss, love, concentration, and awareness. This is why Buddha images are typically raised on a platform or table to the height above the heart, which can be measured in relation to a seated or standing position.

The saying “God made dirt and dirt don’t hurt” may hold some truth, but in Asia dirt is not the place for symbols of higher consciousness. It is where the lowest part of the body, the feet, shuffle around spreading nasty beasties, dust, and unpleasant odors. On the practical level, higher is considered cleaner and therefore more honorable.

Buddhism has been called both a philosophy and a religion. It teaches us to be present and to be aware of all beings. It is also a tolerant spiritual system that rarely wages wars, condemns or converts. At the same time, those who have taken the Buddha into their heart could be offended to see their Great Teacher placed inappropriately.

Placing a Buddha above the ground according to tradition shows sensitivity and insight into the culture that passed on the gifts of Enlightenment to us.

When asked his take on the tradition the Dalai Lama said, “If it is useful then it should continue.”

Following the tradition of placing the Buddha above the ground is a powerful gesture that connects us to the collective group of Buddhists who have been doing the same for thousands of years. Connecting to useful traditions can support and nourish our practice through time tested practices grounded in experience.

At the same time, following a tradition blindly without knowledge of why we are doing it is also not very Buddhist. For whatever reason we choose to have a Buddha image, the wisdom he embodies is a gift, and waking up is a process of learning how to reach beyond our views and know for our self why we do what we do.

Buddha is all about caring: compassion. This isn’t about ego, this is just about things having their place. We can be respectful, without being uptight 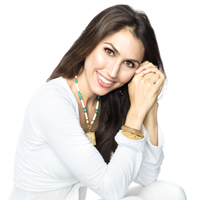