Between Body Image, Baldwin-Bashing & the Most Boring Year Ever, This Yogi is Done with 2014. 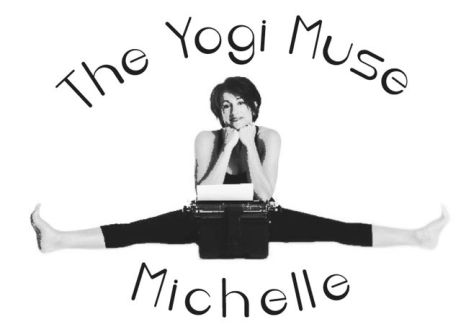 It’s the end of one of the most boring years in yoga, ever. It makes me wish for the days of a good, old-fashioned yoga scandal.

Yogis behaving well is not as half as much fun as yogis behaving badly. But in lieu of any real excitement around here, I still have my annual list of things to throw out. If you’re going to make a change in the New Year, you have to start by getting rid of the old.

Yogis Who Steal. There is an attitude that because yoga is a 2,000 year old practice, nobody can “own” it. But, this does not extend to the legal rights that hard-working yoga teachers, writers, film directors and other creatives have developed around writing, books, films, teaching manuals, etc. Yogis: you must create your own content and stop stealing from others under the guise of “it’s all yoga.” That’s not yoga. That’s theft and somebody’s going to sue your ass-ana one day. Oh wait, Alana Kavailya already did.

Being Broke. Apparently, lots of us are tired of being a broke-a** yogi. But I think the market is shaking out and the studios and teachers who survive will be the ones who can afford to teach and who are very, very good. Overall, yoga will get better, not more saturated, and if you are a broke-a** yogi, then you probably won’t be one for long.

Body Image. I don’t want to discount the discussion on body image at all. I am terribly sad for the yogis who feel shame over their body, and who starve or fixate over feeding their body. But, to my thinking, the point of yoga has more to do with the spirit instead. Get your body in a healthy place so the spirit can soar. That’s my motto. Juicy. I’m tired of ‘juicy.’ Juicy poses, juicy sequences and juicy savasanas. I think it’s time to let juicy go along with other yoga clichés like ‘high to the sky.’ I’m looking for strong, original, and creative yoga.

Alignment Arguments. To tuck or not to tuck, to arch the back or not to arch. Alignment arguments are yogi one-upmanships; everyone wants to prove they are smarter than the rest. Yoga is only 1 percent analysis and 99 percent feeling our way through—but I often think we got that backwards.

Yoga psychology. It seems like there is a trend toward yoga teachers who want to be social workers, and when I go to yoga I sometimes get psychoanalyzed. FYI: Some of us just want to practice and leave our problems at the door, or on the couch.

The seriousness. I take yoga seriously, but I take myself lightly. I love to have fun and giggle. If you don’t think yoga can be comical, then you haven’t seen a mid-life woman (with original equipment) standing on her head. Yoga should be delightful, a thrill for the senses. Please don’t make it a cry fest all the time.

Nicey Nice. I hate those nicey-nice, sugar sweet, fakey-fake yogis. You know the types; they are often talking about how much we love each other. In my opinion, a well-placed curse word is like a cup of java in your practice. A little acknowledgement that this shit is hard is like a hit of real life baby. And if there’s one thing I want it’s to keep it real.

No juicy, no psychology, no worries about my belly.