How to make Hard Decisions about People. {Adult Language} 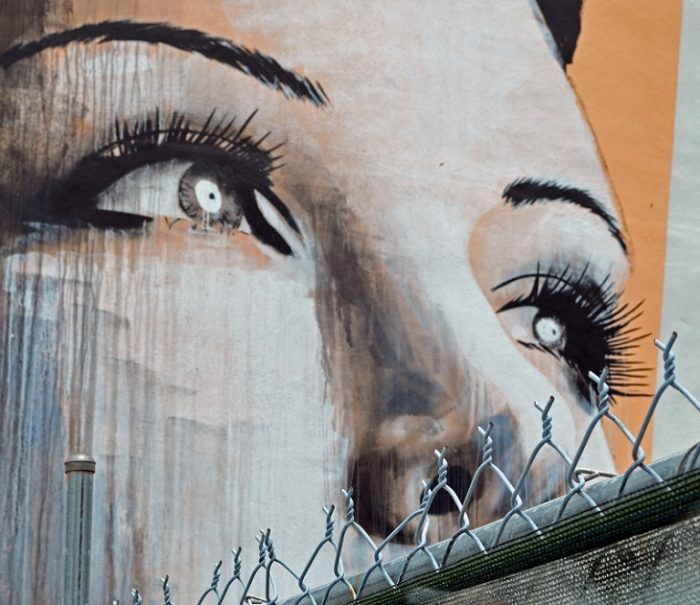 It’s just the way my mind works. I just have a need to break everything down to its simplest form.

I probably preface most things I say with “It’s like…,” and I often feel people cringe when those words come out of my mouth.

My job in IT involves regularly explaining complex concepts to people who believe that clicking “Send” on an email results in a little gnome picking it up and carrying it to grandma through the wires.

I’ve done this for so long now that I speak to most people like they are five, and I can’t help but look for simple, real-world examples to help myself cope when the universe fires another emotional cannonball into my hull.

If I dumb it down, I can deal with it.

This past summer, I moved into a new house. It has an immense lawn. I eventually bought a lawn tractor, but not until the leaves were changing.

I spent most of the summer on foot, chugging along with a shitty push mower.

There’s nothing like mowing to clear your mind of the extraneous crap and just focus on a topic. For all the dirt I picked up on my exterior, (sticking to the sweat of those blazing summer days), an equal bit of muck was wiped away from my mind through this Zen-like task of straight lines.

I hate that checkerboard bullshit that my neighbors seem to prefer. (By the way, if you do this, nobody cares.)

Just give me straight rows. It satisfies some part of me that craves order. I want to look back and see nice, orderly lines behind me.

This summer, when I wasn’t concerning myself with my OCD for the symmetrical, I was thinking.

(Don’t roll your eyes yet.)

Each year of my life is like a row that I’ve mowed. As I’m going along, I might come across something that the universe has put in my way. Last week, it was a big yoga ball (of all things) that my son was playing with in the back yard.

(Bear with me here—I’m far too lazy to scout the lawn for toys before I start.)

Now, my mower has that handle that you have to hold down to keep it running. If something is in my way, I’d have to let go of the handle and deal with it, which means the mower dies, and who knows how long it will take to get that piece of crap running again.

So, I could decide to just run it over, whatever it is. But that might make a mess when the blades cut it into a million pieces and it would certainly upset some children. But the yoga ball is fine. It’s too big to run over, and it rolls—I can just move it along with me, pushing it as I go.

But what about a plastic softball?  That’s a problem.

What is a lazy bastard to do?

Well, keeping a grip on the mower, I reach out a leg and kick the thing to the right or the left.

The direction I choose is important.

Kick it to the left, and it’s on grass I haven’t mowed yet. I’m going to deal with it on the next row, or perhaps the one after that.

Why would I do that?

Because it’s easier at that moment. My right leg is stronger and kicking it left is avoiding pain. In love, you can think of that as pretty much doing nothing.  Status quo.

If I kick it to right, it’s now on grass I’ve mowed. That’s my past. I’m probably not going to come across it again. Not unless the wind picks up and blows it back over somehow. That happened a couple of weeks ago. I thought I was done with that fucking plastic bag.

The point is, I’m done with it in my own mind. Nothing is in my way now. I’m at peace.

I’m losing you, I can feel it. The gnomes agree. You’re also wondering why this guy has so much garbage on his lawn. Stick with me here.

See, we have to make hard decisions about people in our lives sometimes.

They were put here in front of us, and perhaps moving them along with us isn’t possible. It might be easier to move them left—hoping that somehow circumstances could change and we can deal with the issues later. But we know our path isn’t really clear. Get to the next row, and you’ll wish you’d dealt with it sooner.

But moving them right, to our past, is hard.

There’s more pain involved. You have to flip a bit in your head—convince yourself that even if you still see them every day, they are gone now. Even if you still love them very much.

Of course, I could take a risk and just keep that mower moving—hoping that I can just move it along with me or somehow leave the thing unscathed.

But, besides the mess it can create if I’m wrong, I can suffer some pain from that, too. Like the time I ended up with a chunk of rock being kicked up into my leg. I took a risk and paid the price.

Yes, that’s as true for love as it is for the grass-clipping world.

Wouldn’t it be great if you could just take everything with you? Move with it forever? Well, you can’t.

Not everyone in your life can be the yoga ball. Maybe you thought they were at first. Or, you knew they weren’t, but you hoped they’d grow somehow. Don’t beat yourself up.

You might be reading this now, thinking about the plastic softball in your life. You don’t want to move it to the right.

It’s too hard—you just can’t do it.

Listen, friend. It’s a bizarre world out there. Anything can happen. The winds can blow them back to the left someday.

You’re a couple of rows over, and… holy shit. There they are again. But now they are totally yoga. It really happens to other people every day. If that helps you flip the bit, then think about it that way.

When I was five years old, my alcoholic father went to prison for beating my mother. She moved him right. Really far to the right. A couple of years later, the winds of fate blew back a sober alcohol and drug counselor who has helped countless people in his life.

38 years on, they are still together, very much in love, very yoga ball.

The odds are low, however, and you need to be sane. So flip the bit, and let them go. To the right. 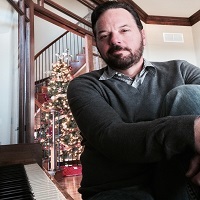 THE MINDFUL LIFE WITH WAYLON LEWIS: AN ELEPHANT JOURNAL PODCAST.