Someone stole naked pictures of me. This is what I did about it – video 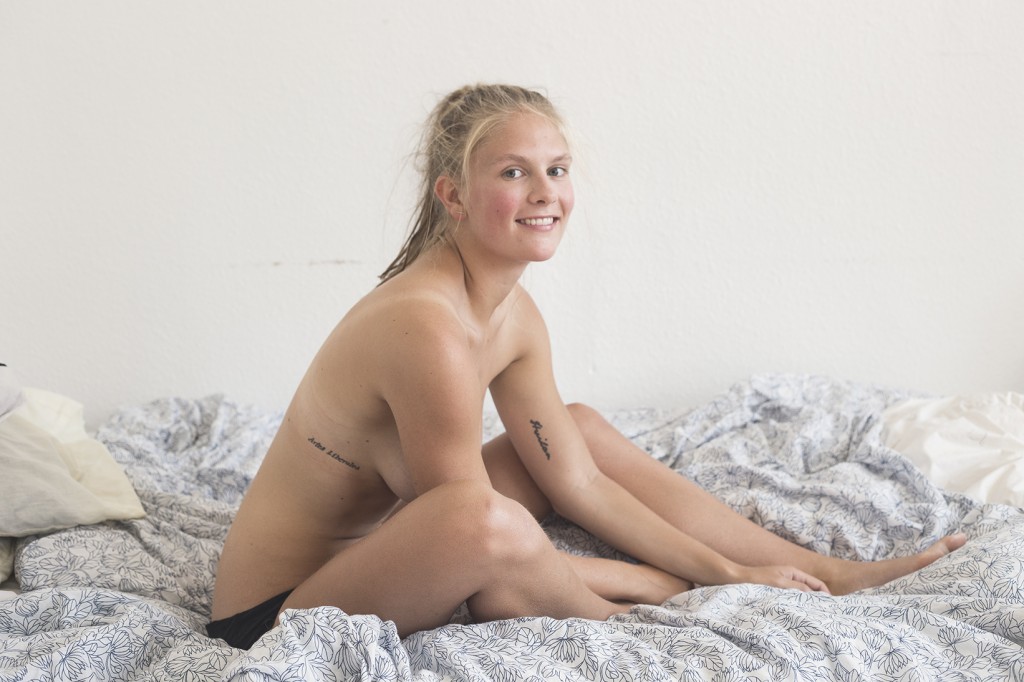 A proper English translation of her essay is online now: http://www.hystericalfeminisms.com/consent/

Her photos show her as a human being, as she is, in everyday acts–brushing her teeth, reading a book, laughing—and not merely as a sexual object to be exploited, as she was when she was 17.

On a simple level, she has re-established her un-asked-for role in media as a human being, and is bringing to light an area of sick interest that very few of us know about or care about, but (too) many of us are exploited by.

Sources: r/TwoXChromosomes via onewomanarmy.ca via original: Emma’s essay and photo series by Cecilie Bødker can be found at: here & here

“Danish Activist Emma Holten Has Released Her Own Naked Pictures In A Fight Against Objectification.”

Read here if prior link not working: mirror cache

But out of the box they put her in, Emma has emerged to re-claim her exhibited body. Earlier this fall, the young Danish activist released a personal essay about her experience with revenge porn and a new lot of naked photos shot by photographer Cecilie Bødker on the Danish feminist magazine Friktion’s website, as a big “Fuck you” to the never-ending cycle of exploitation that she and many other women deal with when their naked bodies are exposed without their consent. It’s not the cover of Vanity Fair like Jennifer Lawrence had to talk about her experience, but it’s her platform.

Emma is speaking out against objectification by…read the rest here, here, here [photos].

Bonus: Two other women who will inspire you to make a difference: