3 Red Flags to Know for Sure: Caring or Control Freak? 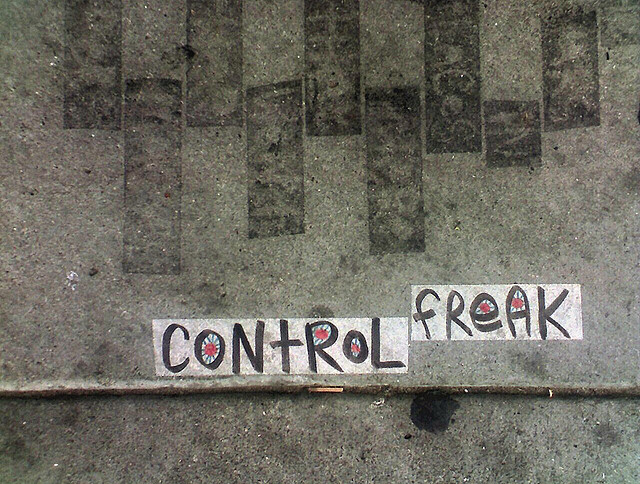 Years ago, when I was young and naive and thought I knew all there was to know about relationships, I told myself that there were certain types of people that I was too smart to ever fall for.

Near the top of my list was control freaks. At the time I marveled how any woman (or man) could ever possibly be with someone who wanted to control their every move.

Fast forward several years later and to my chagrin, I found myself in that exact situation. However, I didn’t realize it until almost a year into the relationship because unlike the stereotype I harbored of a classic control freak, my guy wasn’t interested in physically controlling me—such as what I wore or where I went. Nor was he the overly arrogant type. Instead, his cover was arguably more insidious: he came across as someone who wanted to help me better myself.

Given his history of adhering to various forms of self-help and the fact that he had loads of charisma to boot, I readily believed that his attempts to “fix” my various “flaws” were sincere and only coming from a place of good intentions.

In the beginning his requests seemed reasonable enough. He asked that I not say negative things around him about people we mutually knew. However, that soon changed. Pretty soon, I couldn’t say anything negative about anyone or anything. (As I soon learned, “negative” didn’t even have to mean negative in the traditional sense of the word. Rather, it included anything he didn’t want to hear.) Eventually, he insisted I not even bring up current events, lest they contain information he didn’t like.

Soon the list of things I could mention and do became so absurdly restricted that even my facial expressions came under scrutiny. (On at least two occasions, I was called out for rolling my eyes and frowning during seemingly neutral conversations even though I was totally unaware of it.)

Needless to say, being around him ceased being enjoyable and soon became a case where I was constantly walking on eggshells, afraid I would do something to trigger him. Some days, I didn’t know if saying hello or goodbye in the wrong tone of voice would send him over the edge.

Shortly after the third time I was called out for some sort of inappropriate facial gesture, a light bulb flashed in my head: this guy wasn’t really interested in helping me, and I wasn’t the one with the problem either. Rather, he was a control freak who couldn’t bear the thought of anyone or anything disagreeing with his views no matter how mundane they seemed.

While I managed to escape more or less unscathed, others I know haven’t been so lucky.

As I started to share my unfortunate experience, others also shared similar tales. In many cases, their former and current control freak partners cost them friends and jobs, not to mention happiness.

Most stories were similar in that there were red flags in the beginning that didn’t seem like much at the time but in retrospect should have been clear signals to leave the relationship. (This was true in my situation as well.)

Therefore, whether we happen to be in new or long-term relationships, here are three red flags to look out for. If your partner displays even one these traits, it may be a sign that he or she is control freak:

1. Your partner tries to prevent you from expressing your opinions, especially if they differ from their own.

No two people, no matter how compatible, are going to agree on everything. While it’s one thing to not want to hear someone rage on about a certain person or subject, especially if they go on at length, it’s another thing entirely to try and prevent them from even sharing their opinion.

Not only does everyone has a right to their opinion but we are also allowed to dislike people and things our partner likes. It is not a crime and indeed, many might argue it is a sign of a healthy relationships for two people to have different interests on various things.

If your partner cannot seem to respect this or tries to get you to see the “error” of your ways, take it as a warning especially if s/he also exhibits the second behavior on the list.

2. There seems to be one set of rules for you and another set for them.

Despite the fact that my ex claimed he couldn’t stand my negativity, he had no problem being negative about a variety of topics including his exes and co-workers. However, when I pointed that out to him, he would either re-direct the conversation to me and my supposed failings or say that, somehow, things were “different” when it came to him.

In other words, he needed to be able to express his feelings whereas I was not extended that same right. Based on what I know now, this is a classic example of a control freak.

3. Your partner cannot take a joke or laugh at themselves.

In wanting to control everything, control freaks often dislike humor or jokes because such things are too spontaneous. Plus, being able to laugh at one’s self means that one cannot take themselves too seriously and one thing control freaks excel at is taking themselves very seriously.

While not everyone gets an individual’s particular sense of humor, someone who fails to get anyone’s sense of humor should come with a warning label.

On a related note, if the only time they express amusement is at your humiliation, then run—don’t walk—from that relationship ASAP.

In conclusion, spotting a person with control issues can be easier said than done, especially if they hide under the guise of a caring person who wants to help you. However, it’s important to be wary of anyone who says or suggests that they want to fix us, particularly if we don’t ask or want to be fixed in the first place.
In most cases, we don’t need to be fixed in the first place and if the person we are with isn’t happy with the way we are—as is, then that’s a sign that he or she is the one who is wrong for us.

How to keep the love alive:

How do we Know if what We’re Feeling is Love?