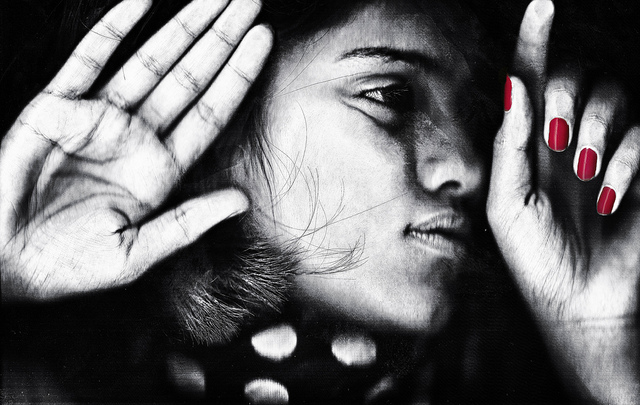 Why Doesn’t He Stop?

Why Doesn’t He Stop?

This question needs to replace the victim-blaming mindset that has us questioning the sanity of an individual who does not just simply leave an abusive relationship and underscores our society’s misunderstanding of a complex and sometimes fatal issue.

We strip abuse victims of their ability to make personal life decisions when we paint a picture in our mind of what they are supposed to look and act like after being subjected to an incomprehensible act or series of acts by someone for whom they care. Bruises are easy to identify. The emotional and psychological scars and impact run deep in many of these human beings, while the trauma from these experiences has the potential of affecting their fundamental right to enjoy a full life.

There is a tendency in both our society at large and within the legal system to place the focus and attention squarely on the actions (or presumed inaction) of the victim.

The dynamics of intimate relationships, positive and negative, unfold behind closed doors and full details of such are rarely on public display. Phrases such as “he said, she said” and “one-upmanship” in custody cases allow us to throw up our hands, disassociate with these situations and maintain our blinders on what society has traditionally labeled a “private family matter.”

Intolerance toward abuse victims often increases when we hear about the presence of children who may have witnessed violent acts. We wonder even louder why someone does not “just leave” without fully understanding the practical, emotional and legal consequences of such a decision. Are we prepared to provide for, as long as necessary, the basic needs that these families require such as shelter, food, money, emotional support and healing work while the abused parent tries to better their life by finding a means of sustenance? We often invest more in shelters for displaced animals than fellow human beings.

Fear of the unknown consequences, hope for a substantive change, promises of a new way, perpetrator’s and/or victim’s status in the community, concerns for a child’s safety, fear of consequence, financial limitations, immigration status, the importance of familial relationships, religious beliefs, public humiliation, being made to think that no one will believe them, and a lack of trust in systems designed to protect victims are just a few of the reasons that people either don’t leave relationships or report the abuse.

Every choice presents a unique dynamic. We do not live within another’s skin or frame of reference.  How can we truly understand why a decision is being made, especially when we do not have to face the daily fear or consequences ourselves?

Leaving also may be a catalyst for increasing violence, making the time of separation the most dangerous and lethal in these situations. This is why resources such as the National Domestic Violence Hotline—1-800-799-SAFE (7233), or 1-800-787-3224 (TTY); Advocates who are deaf are available Monday to Friday, 9 a.m. to 5 p.m. (PST) by videophone (855-812-1001), instant messenger (DeafHotline) or email ([email protected])—engages in safety planning with victims when they are ready to transition.

Battering, where the perpetrator is using force as one tactic in a larger escalating pattern aimed at intimidating and controlling a victim, transcends sex, sexual orientation, race, economic circumstances, social status, job, and level of education. Battering is not a psychological condition or substance abuse issue. As one judge has succinctly stated, one cannot blame substance abuse alone when a person reserves their violence for those with whom they share a home, while he can have a good time out drinking with his buddies. These issues may coexist, but cannot serve as an excuse for the controlling behavior.

Behavior can be modified and the violence can stop.

However, research shows that many traditional treatment modalities are ineffective in these types of situations. Anger Management programs only focus on tools to control behavior without intrinsic paradigm change. Spiritual leaders who are not trained in the subtleties of domestic violence may recommend a course of action which unknowingly increases danger. There may be an imbalance of power in “Talk therapy” via couple’s counseling sessions if a perpetrator has not therapeutically dealt with the controlling behavior. These are like using a bandage to stop hemorrhaging.

There is treatment available for a person who wants to stop their abusive behavior. Colorado is unique, having a Statewide Domestic Violence Offender Board (DVOMB) that sets stringent standards for practitioners who provide services in this area, geared to make substantive change in behavior. The DVOMB maintains a list of certified treatment providers on their website.

Most states provide some batterer specific treatment which can be found through internet searches. As with any treatment program, the effort we put into making substantive change will dictate the final result.

Domestic Violence is a complex cycle, as is addiction, poverty, street crime, gang propagation, societal norms and other social issues. In order to stop, we must interrupt the cycle—our own cycles, and those of our community.

Why doesn’t he stop?

Let’s hold those who abuse accountable for their acts, while building bridges to the support that is needed for perpetrators to change their behavior and victims to feel safe and supported by their community. 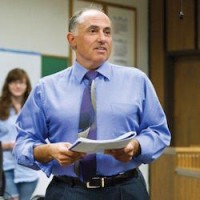