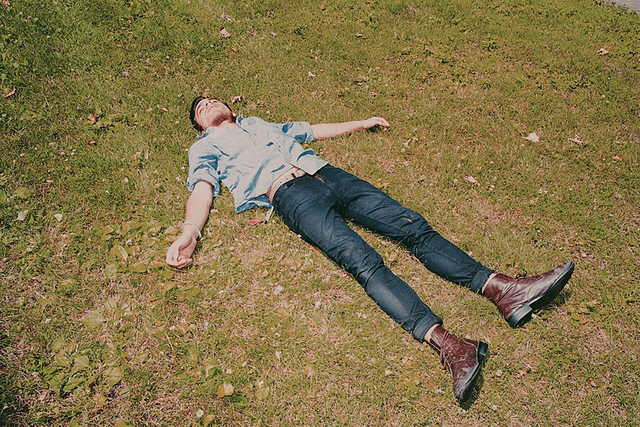 My first foray into yoga took place more than 10 years ago.

There was a Thursday evening class at the home of a friend who had a room that she transformed into a beautiful studio. The celestial soundings of Deva Premal and Miten, Krishna Das and Snatam Kaur wafted through the air. The mirrored walls, jewel toned tapestries and soft ambience made it a welcoming haven. Herbal tea awaited us afterward.

The only problem was that I would find myself rushing to get there and by the time I planted my feet on the mat, I was breathless and tired. It kind of defeated the purpose, but it set the stage for my rather challenging relationship with the practice that had become both lover and partner in my addiction of workaholism.

After taking a Tantra workshop in 2004, with Charles and Caroline Muir, and a spontaneous Kundalini Awakening which had me sleep deprived and on fire for months afterward, I explored various forms of yoga, including Kundalini, Ashtanga, Yin, Anusara, Jivamukti, Partner and once, I entered a sizzling, steamy room for Power Yoga, thinking that it would be a good match for my Type A personality. Recognizing the insanity of that, I never returned to that particular flavor.

My intention each time was to relax more deeply into the experience, but instead, I lost myself in the monkey mind chatter that cajoled me to stay in poses longer and stretch past my edge, wanting to increase flexibility and prove that I could Ustrasana with the best of them.

Blessedly, I never injured myself. In a Kundalini class, I gazed up and into the eyes of a statue of Kwan Yin, who is the feminine emanation of the Buddha and the Goddess of compassion, and heard her ask, “When are you going to stop being so hard on yourself?”

It wasn’t the first or last time I cried on the mat.

I studio hopped for years and had a few that felt like home, so I stayed a while. Each teacher had a different take on the spiritual and physical aspects—some yogic scholars, others endurance athletes. One thing every one of them had in common was that they encouraged me to slow my pace, ease into the experience and drink it in, rather than drown myself in it by pushing so hard.

I nodded, smiled and attempted to follow their example and still used it as yet another means of keeping myself on my toes. I joked that you know you have a paradoxical relationship with yoga, when downward dog feels like a resting pose. I never mastered any unassisted inversions and still require a boost to kick up into a handstand or headstand and crane lasts about 10 seconds before doing a face-plant. Often I would feel a need to wring out my mat, since it was baptized with sweat and tears. Thank goodness for wipes.

At the end of each practice, when the teacher would lead us into savasana, my mind resisted, even as my body craved the relief.

The first time I enjoyed it fully was when kirtan singer, Donna DeLory was a guest at a local studio and she sang us out of the pose and then offered a short concert. I hadn’t realized that she was right behind me the entire time, because the woman, who is best known as Madonna’s back up singer was dressed down, hair pulled back, wearing no makeup and had been sweating on the mat like the rest of us.

I had the lovely experience of interviewing her afterward and found her warm and approachable. This budding yogini also had the pleasure of weekend trainings with Seane Corn, as well as Sharon Gannon and David Life and found them each powerful teachers who, as social activists, put their hearts and souls into their “yoga off the mat” as well.

When my life make-over occurred that was inspired by a heart attack in June, I incorporated yoga into cardiac rehab, but have not fully returned to the practice that had been such an important part of my life for nearly a decade.

Over the weekend, I was at an open house at Advanced Wellness and found myself once again on what I used to call a “magic carpet” that could take me soaring. The teacher, Tobie Stowe-Szelagowski has an easygoing and gentle style that had me sighing in surrender.

For the first time, I had no agenda, no “there” to get to, nothing to prove, no one with whom to compete, no unreasonable standard to achieve. I stretched with ease, no nebulous “edge” to approach. It was such a relief and so welcome—a free flow of breath and energy, far more enlivening than anything I had done in the early days.

When the time came for savasana, I embraced it willingly, letting the blanket, mat and floor absorb me. When she invited the class to come to seated pose and the acknowledgement of our Oneness that is the beautiful word Namaste, I actually didn’t want to sit up. I likely could have stayed on my back, simply floating for another hour.

Once, I saw a tank top in a yoga studio boutique that had the wise words of Lao Tzu emblazoned on it:

“Do you have the patience to wait
Till your mud settles and the water is clear?”

At the time, the answer was no.

I promised myself that once I could answer with a resounding yes, then the shirt would come home with me. It took several months before I claimed both the garment and the truth of the message. I would frequently and intentionally stir the water up, let alone wait for it to clear on its own.

The Sanskrit word for the heart chakra is Anahata which translates to “the unstruck note.” When I contemplate the associations, I nod knowingly, since it relates to the literal heart and circulatory system. The emotional components point to love, compassion and service. These are values to which I have long aspired.

What came to me today was that with the dramatic changes that have occurred since the ultimate “heart opener,” I am actually living life in savasana, which, ironically is also known as “corpse pose.” I am far from being the corpse that I could have been had I not heeded the wake up call of both the cardiac muscle and the melodious serenade of the Anahata, seven months ago tomorrow, at this writing.

I am awakening to the possibility that all of life is yoga off the mat.