Mindful Birth Control: Why I Chose to Remove my IUD. I recently read an article on Elephant Journal called “Mindful Birth Control: Why I chose an IUD.”

Although I appreciate and respect the author’s decision-making process, I wanted to share why I chose to have mine removed.

I remember the day I got it. My “baby” was two years and a few months old. We had talked about adding one more child to our family, but my husband made it clear that he was not on board with having any more children. Given that I am not the type of woman to “accidentally” get pregnant, for my 5th wedding anniversary, I got an IUD. Ironically (ironic for many reasons), this was the last anniversary we celebrated together. But that’s a story for another time.

I was 41 years old. Driving home I cried, knowing that my childbearing journey was over. I would never have a chance to try for a daughter.

I had a Mirena IUD. As mentioned in the previous article, there are two kinds of IUD: Mirena, which emits a low dose of the hormone progestin, and a copper wire IUD. Different women respond to IUDs differently.

I have not had a period in eight years.

Although living without a period was nice, there were side effects. I still felt PMS symptoms, but not every month. Since moodiness and food cravings appeared to come from nowhere, I was always surprised when they did. After a quick look at the calendar and a little math, I would then understand what was happening.

What was more discouraging was when I was in a relationship and having sex on a regular basis, I was prone to yeast infections and bacterial vaginosis. Not pleasant. I had a renewable supply of the appropriate prescriptions my medicine cabinet, and used them often.

Many of my friends are in peri-menopause, and they share stories about hot flashes and periods that come and go when they choose. I haven’t had a hot flash that I’m aware of. In fact, I have no guide whatsoever as to where I am in my fertility cycle. Unless I have a blood test to find out for sure, I don’t know if I’m one of the lucky ones who is going through The Change without hot flashes, or if I’m still fully fertile.

This is no longer acceptable for me.

I had a conversation about this with a dear friend of mine recently. She was horrified that I was going blind into that good night. She reminded me that our menstrual cycles are affected by the lunation cycle (moon phases) which also affect the tides, as well as our connection to the Divine Feminine. That the symptoms we experience as we go through our cycles are our body’s way of telling us what we need to take care of ourselves, as well as any specific healing we may need. Our bodies talk to us through our menses. But not only are we synchronized with the phases of the moon, we are also synchronized with each other.

I had unplugged the communication line between my mind and my body, turned out the lights and shut the door. It was a rejection of everything feminine.

I needed to reconnect with my Self.

After my divorce, having an IUD made it entirely too easy to have sex. And I did—with people I shouldn’t have been having sex with. I was doing it unconsciously. After years of emotional neglect, I admit, it felt good to be wanted. But I can think of a few partners who I never would have slept with if we were relying on condoms. Although I was protected from pregnancy, of course I was not protected from STDs or any other diseases—and I am grateful that there were no repercussion from that.

So I decided to take a stand for me, honor my cycle for however long I have it, and honor myself by consciously choosing who gets to worship at this temple, rather than being at the mercy of a passionate moment.

My doctor tried to talk me out of it, emphasizing the monthly pain and cramps, the PMS symptoms, that I would go through full-blown menopause without any mediation from the hormones in the IUD, that I would have to pay close attention to birth control again because I can still get pregnant. She offered me a prescription for the Pill, but because I had a negative reaction to it years ago, I declined. She then reminded me that condoms, unless used with spermicide, are only 85 percent effective, where the IUD is 99.9 percent effective.

She worked her case.

I have been seeing my doctor for about 10 years. She has always been my ally and advocate. She has seen me at my best, and at my worst. I love and respect this woman. I explained my thinking and ultimately she applauded me for doing my work, said she was proud of me, and with a big cough (me) and a pull (her), it was gone.

I left the office with a smile on my face. I was no longer carrying around something in my uterus that no longer served me. I felt like my body was my own again.

I was told it would take two to three months for my cycle to resume, but it picked up right where it left off and I got my period at the beginning of the month, four days after IUD removal. Just like old times. Complete with cramps and acne and all the joy that comes with it.

But I am still happy that I did it. The little T-shaped weight that I’d been carrying around with me for eight years is gone, and I am free.

Given my age, my period will stop on it’s own some time soon. I figure—at worst—I only have a few more years left. When it is done, I will say “thank you” for the gift/curse that has made me a woman, kept me awake with worry when it was late and gifted me with my children. And then, as I move into the next phase of my journey as a woman, I will gladly let it go.

Oh yeah, what about sex? I certainly still intend to have it again one day! Hopefully sooner than later! But I will wait until I’m in a relationship with someone who is willing to take responsibility with me for birth control. Who knows? Maybe I’ll get lucky and fall in love with someone who has had a vasectomy. One can certainly hope! Either way, the conversation we have before getting naked will be mindful and self-honoring.
In the meantime, I am once again happily one with the cycles of the moon, and am reacquainting myself with my body’s voice. So far, I love what I hear.

Detoxs, plastics, gut health & what it all of it has to do with preventing cancer: 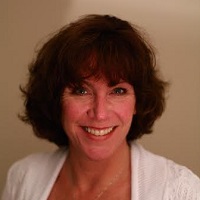