Rules For Not Giving A F*ck. {Adult Language} 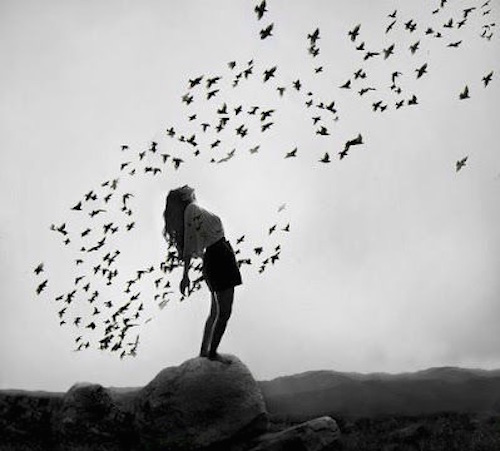 I’ve gone through my life giving away far too many f*cks.

Which would be fine, if the f*cks were handed out where they were due.

Unfortunately though, often they weren’t. Too many times I have given a f*ck about things that really didn’t matter—things that were unimportant, irrelevant and only served to make me feel worse about myself and my life instead of feeling better.

Too much energy has been wasted in giving f*cks about the stuff that really don’t warrant f*cks being given.

So, I devised my own set of rules as to when to give a f*ck and when it’s time to say, “Sorry, I have given too many f*cks on this already, I have no more f*cks to give.”

If someone doesn’t like what I’m wearing—that’s okay, I’m wearing it for myself, not for them. No need for any f*cks.

The option is always there not to listen. No f*cks will be given. However, if alternative views are being offered, which differ to what I’m saying, I am ready and always willing to listen.

They are my words, my thoughts and my opinions. I will take on board what is offered back to me and allow it to open my mind further, however, I have no f*cks to give out to those who wish to use spiteful criticism just because they think differently than me.

I can’t think of a single reason why I’d give even a fraction of a f*ck here.

Things I have no control over.

If worry, anxiety and stress is useless when I can’t change things, why would a f*ck be any different?

Who’s dating who, who said what and who went where. I have no f*cks for gossip. I worked out long ago that as soon as I turn my back, I will be the one gossiped about.

You’re upset with me but refuse to tell me why?

Bullying, putting me down and using aggression, anger or violence will never cause me to give a f*ck.

I will simply remove myself, walk away and refuse to play the opposing role in any conflicts of this kind. I’m not going to allow someone the pleasure of seeing me rise through these kinds of interactions.

I have learned the hard way and as George Carlin says ‘’Never argue with an idiot. They will only bring you down to their level and beat you with experience.”

So, I walk far and fast.

There should never be a “too” to describe anyone’s body—every shape and size is different and unique to each person. There is no right or wrong.

I am whatever weight suits my mind, body and lifestyle at this given moment in time. I may be lighter one year, heavier the next. I have way too many other important things to think about than weight. I’m healthy—so sorry, no f*cks will be given.

It is ridiculous the amount of times I have given way too many f*cks over the weather. I cannot change it, all I can do is learn to live my life around it. The weather has prevented me from working, forced me to cancel important events, has been blamed for making me feel miserable and has caused a very good day out to go very bad when the skies have opened on me.

Now, I look out and see the universe at work, one of the only things that no man has any control over. Instead of giving f*cks, I use the changes in plans to focus on other things that I wouldn’t normally have time to pay attention to.

Instead of being f*cked, I am fascinated by how the weather impacts life and the only option we have is to submit to it. And that feels good.

Another thing I could not give a f*ck about is being normal.

What even is normal? Who created it? And why? Normal and fitting in may work for others, but it has never worked for me. Never, will I be pegged into a hole that has already been carved for me.

And to those who judge me?

I could not give a f*ck. Not even half a fu*k. None. As the old saying goes, “Those that judge don’t matter and those that matter won’t judge.”

Some may like me, love me, hate me, feel indifferently—it doesn’t matter what I do as I will never please everyone. I can however, please myself. Every day.

In order for my f*cks to be given out with just reason, I reflect back on these simple rules for giving a f*ck regularly, to remind myself only to give them when they’re due.

Giving a f*ck is important as it means it’s raised a vibration within me that has caused a reaction. Even if the reaction is only internal and I don’t act on it, it will still affect my mind and my body.

Not giving out f*cks freely does not mean I don’t give a f*ck. I give a million and one f*cks about my family, friends and about the wrongs of the world. Injustice, cruelty, attacks against the innocent and defenseless, war, racism, homophobia, environmental issues and animal rights. The list is endless.

I don’t sit by and give f*cks without actually doing something about it.

Giving f*cks and then not acting on them is a drain on my energy levels. If I care enough about a cause to give a f*ck about it, I act on it. Even if it is only the smallest act like sharing information, speaking out, making changes in my lifestyle or volunteering and donating.

I do something positive with the f*cks that are being given.

A f*ck should never be given then wasted. If it fires me up then I will allow the flames to spread. But, only where it is warranted.

The benefits of not giving out f*cks where they aren’t due means that I now feel less fearful, have more confidence, no longer worry about trivial things, I’m far more positive and I have learned a lot about myself by recognizing what things matter to me and what doesn’t.

The unimportant f*cks now fade into the background, leaving me time and energy to deal with the f*cks that are important.

Not giving a f*ck about things that aren’t important is the most liberating feeling in the world.

It took moving to a new city hundreds of miles from my hometown for me to really appreciate the art of not giving a f*ck. No one knew me. I could do what the hell I wanted. I could wear what I wanted, go where I wanted, behave exactly how I wanted to behave and live the life that suited me.

I hadn’t realized how much impact the small town in which I once had lived had had on influencing me. I had become conditioned to fitting in, blending and fading, so that I did not stand out and get talked about. And it didn’t feel good.

How much had I missed out on due to trivial f*ck-giving?

I will always care a little about what the world makes of me—it’s perfectly natural. The key is to think more about what I think of myself and my own beliefs, values, ideas and opinions than I do of what others think.

I refuse to dim my light by living in fear of other people’s unnecessary f*cks. If I don’t enjoy being on the receiving end of random f*cks, I’m certainly not going to be giving them out.