Taking the Spiritual Road Out of Depression. 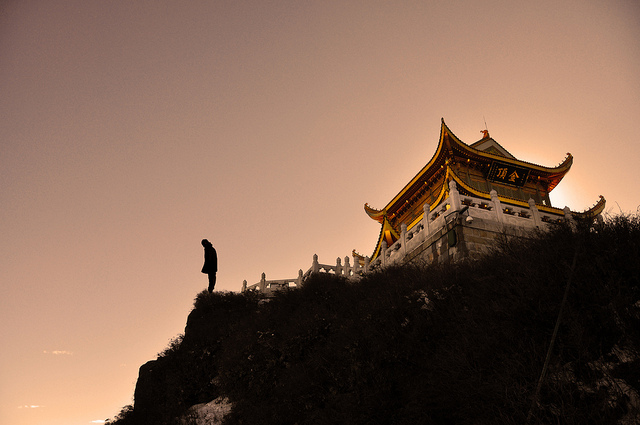 *Editor’s Note: This website is not designed to, and should not be construed to, provide medical advice, professional diagnosis, opinion or treatment to you or any other individual, and is not intended as a substitute for medical or  professional care and treatment.

I grew up on intimate terms with depression, as it haunted my mother’s life and I experienced it in both emotional and physiological forms through my first 30 years.

Though depression is widely regarded as a psychological or biochemical disorder, I have come to understand it primarily as a form of spiritual crisis.

To me, its growing prevalence in our society is a sign of our spiritual alienation. For what I have to say about it, I can claim no clinical confirmation nor even much agreement from experts in the field. I can say that I have had many opportunities to meet and overcome depression in my own life, and through that process this is what I have learned:

Depression is, according to its degree, the relative absence of faith in our own capacity to love.

Severe depression is a negative mystical state in which the sufferer is in danger because the presence of God—and by “God” I mean an awareness of love as a vital, unlimited and deeply-felt creative force within, not a ritual belief in some kind of super-daddy—has been virtually driven from awareness. As A Course in Miracles puts it, “God is but love and therefore so am I.”

A lack of faith in love is why nothing seems possible to the severely depressed person, who is faced with the horror of his or her own nothingness. This is the realm of absolute shadow, and it can be deadly.

The irony of depression is that it teaches one truth: the ego, that self-made idea of ourselves, really is nothing. The more we depend on it alone, the less life force and creative possibility will be available to us. The experience of depression is humiliating, yet the road into depression is paved with hubris. That’s because there has been a steady decrease of faith in love, and the acceptance in its place of either habitual cynicism or its twin, habitual victimization.

Cynicism masks its arrogance by pretending to be factual and rational. Victimization masks its arrogance by refusing to move beyond the suffering of attack or catastrophe, often proclaiming a false right to vengeance in the process. To collaborate with either of these states is to invite depression; to resist them is to choose faith in our own greatest potential.

The best thing to do in the midst of depression is to recognize its negative mysticism and respectfully confront the lies it tells. One or more of the following strategies may prove helpful in this regard:

Turn to nature. Depression tends to isolate the individual within his or her own private realm of experience, and then makes that realm seem inescapable. This often extends to actually trapping oneself in a limited physical environment. Spending time in nature and paying attention to nature can help return a proper perspective to one’s inner world.

Activate the body, preferably in a playful and vigorous way. Depression tends to punish the body and deny any impulses toward health, often leading to a dependence on drugs, prescribed or illicit, to soften the effects of self-punishment. Playing the silliest physical games can help redirect depressive energies. In fact, a sure sign that depression holds sway over one’s consciousness is an angry refusal to play.

Confront guilt and other negative convictions. The biggest lie that depression tells is that it is impossible to change one’s mind. Whenever I feel the sickly lure of depression, I have learned to think, “I must be wrong about something that I don’t have to be wrong about.” Usually I discover that I have decided to feel guilty or deeply pessimistic about something that I do not understand sufficiently to judge.

Ask God for help. The big stumbling block for atheists and cynics in depression is that they fear God as a punishing parent, or they resent someone else’s overbearing, religious idea of God. But God is simply the highest potential of our own self-awareness, which is to love without conditions. Thus God is a part of our own minds that transcends our everyday, limited sense of ourselves; it is quite literally a “saving grace” within. I don’t give a flying truck whether this transcendent part of the mind derives from some very fortunate synaptic interactions or psychic transmissions from the 11th dimension; I just know it’s there and readily available. For all the atheists or cynics who don’t know it’s there, well, God help them. (And She will.)

Another way to think of God is as Someone who wants only to be of use to anyone in suffering. This accessible God is a mystical partner who responds to a plea as simple and serious as, “I need help from beyond my little, besieged self.” This practical and generous God responds by lifting one’s spirits, and doesn’t even bill for services rendered. (Anyone who tells you that God does charge for assistance is trying to divert funds for some unwholesome use.)

If we can entertain the possibility that there is a helpful and infinitely resourceful God to call upon in every circumstance, then we can maintain enough humility to make depression the road never chosen. After all, there are better states in which to realize the nothingness of the ego; bliss, for instance.

Depression fixates upon the notion “I am nothing.” Bliss celebrates the liberating truth “I am nothing but love.” In that simple difference lies the choice between deadening despair and a livable joy. 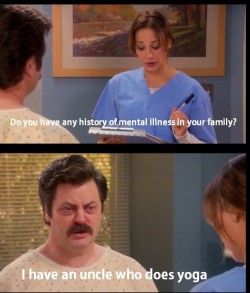