The Difference between Asserting Boundaries & Being Controlling.

As someone naturally aware of the beautiful differences between people and how those differences are important, the idea of controlling anyone makes me feel uncomfortable.

Whether they return the invitation into your sacred space with honesty, sincerity, compassion or otherwise, it does not change the value of your gift; it does not alter you. What another person does is not the measure of you.

Sometimes it hurts if someone doesn’t reciprocate a gift, and you feel unappreciated. But what they do is their own journey, their own battle, their own path. It’s the beauty of the giving and your gifts given—it is the trust, the kindness, the energy that you’ve offered that is the measure of you.

However, and this is incredibly important: just as you must remember a guest’s behavior is their own, you also must remember that you have the right to respectfully assert your boundaries to your guest.

If you let someone into your sacred space, you have the right to ask them to take off their shoes so they don’t sully your space.

How does a person honestly assert her boundaries without being controlling?

There is an important distinction between being controlling and being assertive of your boundaries, and it’s one that I am reflecting on. In fact, I’ve been thinking and reading about this to its depths:

>>> Being controlling is an attempt to alter the other person’s individual behavior to your liking—it’s about them.

>>> A boundary is meant to keep you safe, secure, and that’s that; non-negotiable. It’s about you.

These boundaries are clear, likely few and go across the board to everyone you meet with the same consequences for each person, no exceptions. To get a better picture of this, just imagine you’re a personal map with an ocean. 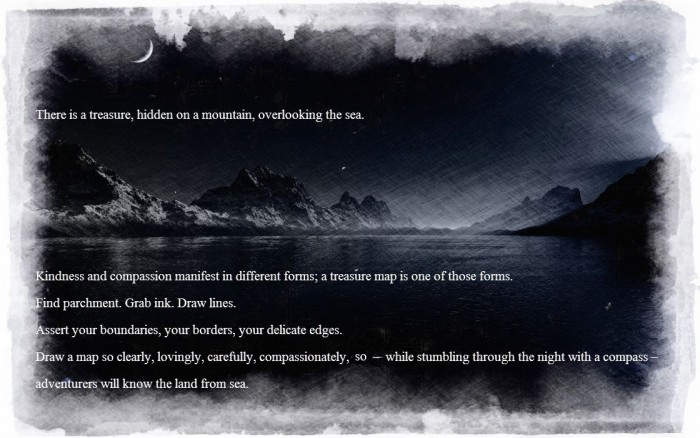 The ocean is always the ocean.

And if one should jump into the ocean, do they have the right to insist the land should have followed? If one jumps off a mountain, should the mountain move to catch them?

Having such limits are necessary and essential. As a preschool teacher, I had to teach small children how to manage big emotions. I had to explain how to assert their boundaries. When Patrick walked over to Elise and said, “You’re stupid!” or “Pew pew pew you’re dead!” or swatted her in the face, I didn’t rush over to tell Patrick to stop that.

I rushed over to Elise and told her to say “No, Patrick. I don’t like it,” and walk away.

Why? From then on, I didn’t have to be there when Patrick hit Elise. Elise now knew how to assert her boundaries. Elise was a map with an ocean. Elise was an immovable mountain.

Elise could assert herself and walk away.

Yet this is still something I’m learning to master, as an ever-growing adult: it’s okay to tell someone how you would like to be treated. It’s okay to accept only reasonable and respectful behavior toward you. It’s okay to state clear and reasonable boundaries. If it affects me; if I assess my needs for bodily, psychological or emotional security and safety respectfully; if I assert a personal boundary and someone crosses it, I have not only the right, but the responsibility, to say “No, thank you. I don’t like it,” and walk away.

Yes. It’s your responsibility. You are setting your own standards. Nobody should force you to lower your standards, and if you do, you are not only being unkind to yourself but (and though it doesn’t feel like it at the time) to them in the long run.

As much as you care, as much as you would like to give your gifts of love and compassion, another being’s personal, changing, daily emotions are not a priority over your personal and solid boundaries.

Think of it this way: You’re a treasure, hidden on a mountain, overlooking the sea. Once you have your treasure map clearly outlined, the right people will know how to find you. What could be more kind than that?

But if you smudge the ink or blur the edges—if the map is unintelligible, illegible—even the most worthy adventurer might not ever be able to find you without falling off the mountain.

Being kind and compassionate comes in different forms. Having a clear map is one of those forms. So get out that parchment. Grab your ink. Draw your lines. Assert your boundaries, your borders, your edges.

Draw the map so clearly, lovingly, carefully, compassionately, so that, while stumbling around in the night with a compass—nobody falls into the sea.

And should anyone be unable to differentiate between land and sea, be still.

That’s the joy of being a mountain.

The Rise & Fall of Control Freaks. 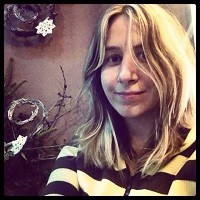