The Major Trend In Meditation For 2015—And What This Tipping Point Means For You. I lead a large global academic project that looks at what have traditionally been referred to as higher states of human development.

People are often surprised by how many atheists and agnostics are part of our study. These states of consciousness, and the meditation and other techniques that can lead to them, are usually regarded as religious and spiritual. They shouldn’t be, and they are part of a broad trend that will strongly emerge in 2015.

Looking at today’s yoga environment, it’s hard to imagine that only a few decades ago it too was primarily considered a religious and spiritual practice. Today, yoga is widely regarded as a form of exercise that brings other benefits, such as relaxation and stress reduction. That same change is in store for meditation in 2015.

In 1979, Dr. Jon Kabat-Zinn secularized a form of Buddhist meditation and renamed it mindfulness. Over the next 30 years, that simple act successfully spread meditation into hundreds of hospitals and other medical facilities worldwide. Recent years have seen it begin to move into business environments, insurance coverage and even the wider public.

During the same period meditation in the public sphere was primarily being popularized with a religious and spiritual basis. The Transcendental Meditation (TM) movement claims to have taught millions of people their Vedic-based form of meditation over this time. Other influential organizations, such as Insight Meditation Society, were doing the same from a Buddhist perspective. Traditional and new forms of Christian meditation also grew in popularity. And, Islamic and Judaic meditation were in the mix, but only to a minor extent in the West.

In 2014 the tide began to turn, and it will make 2015 the beachhead year for the secularization of meditation. Studios like The Path (NYC), Ziva (NYC), and Unplug (L.A.) are emerging as its early exemplars. These companies target urban professionals and upscale consumers, offering them carefully cultivated networking opportunities along with stress reduction and increased well-being.

On another part of the spectrum, Sam Harris is busy creating a new secular spirituality within the sizable new atheist movement he helped to found—with meditation at its heart. And, each week a new celebrity or cultural influencer adds her or his name to the already long roster of A-listers who publicly advocate meditation. The lengthy list already includes: Oprah, Ray Dalio, Russell Simmons, Dr. Oz, Hugh Jackman, Ellen DeGeneres, Jim Carry, Clint Eastwood, Haley Berry and Katy Perry.

The military and VA are bringing secularized meditation in to help combat PTSD. The health care industry continues to use it to fight addiction and create better health outcomes. Initiatives that are increasingly led by the CEO are driving it deeply into companies, including Google, Intel, Aetna, Ford and hundreds of others.

Our children’s schools are increasingly adopting it and seeing a range of remarkable behavioral and performance improvements. These initiatives are often promoted and spread by organizations with a traditionally religious or spiritual bent, such as Transcendental Meditation or Buddhism. However, the versions these organizations teach in schools are very carefully redesigned to meet strict secular standards, as the legally mandated separation of church and state demands.

It’s also being made more widely available on the internet. Chip Wilson, the billionaire co-founder of LuLuLemon, is simplifying online mediation to an extreme taking it down to just a minute-long session. This is the same person who made a fortune in spotting the emerging need for surf, ski, and snowboard apparel before playing a key role in the secularization of yoga. His new focus on secular meditation is another indication of what we’re in store for this year.
Finally, technology will make it all much more accessible and effective. Today guided meditation apps like Headspace and support apps such as Insight Timer dominate smartphones. Soon we’ll become accustomed to apps that do much more for us.

They will integrate the sensors on your smartphone to provide feedback that significantly helps to improve your meditation practice. The first apps will also emerge that integrate with external devices, such as the Spire that tracks breath, and bring all these data streams together into a helpful guide. They will let us know where we’re falling down, and incredibly detailed specifics about how we can improve our sessions. All of this information will be sucked up into the cloud and combined with others’ information to provide even more useful insights.

Why This Is All Very Good News (For You)

Less than 1% of the United States identifies as Hindu or Buddhist. Over 75% consider themselves Christian. The secularization of meditation will allow it to have a much broader reach, bringing the benefits of meditation to millions of additional people. Most likely, this includes people you love who currently have hesitations about it.

Many people in our study reached PNSE and O.N.E. through meditation, but they discovered along the way that not all meditation worked for them. Being stuck in a religious tradition without enough options for how to practice sometimes held them back. And, some traditions only have a single method.

Imagine going into a yoga studio and only having access to one kind of yoga. If it wasn’t for you, you wouldn’t come back. As the new trend in meditation studios grows it will not only free people up to be more philosophically comfortable, but also to try a variety of approaches and techniques. This will allow them to find the best one that works for them.

Technology will also continue to make meditation more accessible, as apps like the Buddhist inspired Headspace become increasingly secular and incorporate many more meditation styles and options. The support apps will hop on the trend and secularize as well. Online classes will continue to grow and proliferate, following this same trend.

At Sofia University in the heart of Silicon Valley, our Transformative Technology Lab is hard at work taking this to the next level. We serve as the epicenter for the emerging technology space that ties together hardware and software, industry and academia, engineers and end users—all in the pursuit of deep and lasting well-being.

Our consciousness hacking events have exploded over the last year, and the first Transformative Technology Conference is on the slate for June 6th. We can barely keep up. In truth, we can’t and neither can anyone else because things are moving so quickly. Meditation, well-being, and technology are blending at breakneck speed and the implications for all of us are incredibly exciting.

2015 is going to be a remarkable year for those of us with an interest in meditation. Quieting the mind, reducing stress, and even reaching persistent higher states of consciousness like O.N.E. are going to get a lot easier—for everyone. The growing secularization of meditation will lead to more choices, greater effectiveness for existing practitioners and bring many new people the benefits of a regular and empowered practice. Happy New Year! 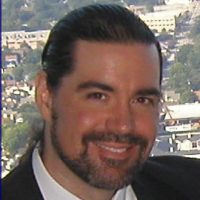