The True Lesson in Embracing Non-attachment. 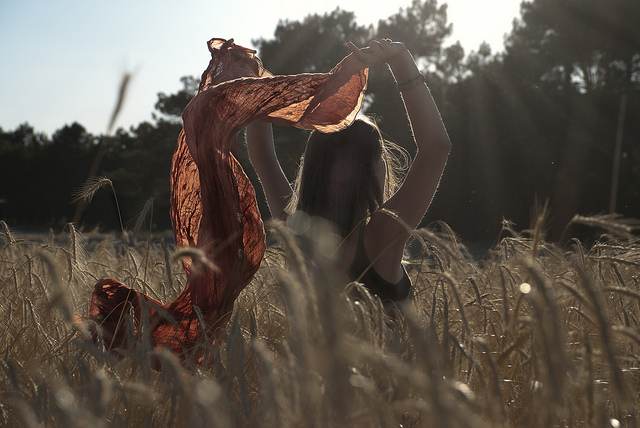 Here’s the true lesson in embracing non-attachment: we won’t break if we just let go.

Let’s look at this with an example relationship in mind…one of mine will do nicely.

His tenacious spirit and zest for adventure matched my own. He was charming. He had piercing green eyes. And, he was whip smart.

I loved him from the start.

Together we saw a ton of the world. We climbed many mountains in the Sierra Nevada mountains. We flew over trails on dirt bikes. We skinny dipped in local swimming holes. We wandered through the streets of Istanbul looking at century old textiles and drinking tea. He taught me how to calmly swim through a class-four white water rapid. He taught me how to shoot a compound bow. I showed him what it felt like to be loved without boundaries. I showed him that family meant more than financial security. And I taught him how to make a merengue by hand.

We were a force to be reckoned with…until we weren’t anymore. Until the day I looked up into his eyes as he told me,

“I was unfaithful. I’ve been unfaithful for 3 years. I lied to you.”

For days, weeks, months this unfortunate truth played on a loop in my mind.

He would reach out to hold my hand and my hand would quiver with indecision. Did I want to touch those hands? Yes! No! I don’t know?!

He would lean in to kiss me and I would turn my cheek. Or sometimes I wouldn’t. Sometimes I would hungrily accept the affection as proof that he was a better man than his mistakes may have portrayed.

But the voice inside my head would scream out and call me a liar.

We both fought tooth and nail against ending our partnership. I, for one, wondered how I could possibly survive without him by my side. I thought that it would be better staying, even knowing the depth of his betrayal, than it would be to face life without him as my partner.

A future without him seemed to leave me shattered into a million tiny, inconsequential pieces. And, frankly, that scared the shit out of me.

So I stayed. We stayed. We clung to each other with a ferocious and disastrous grip. Instead of being brave and willing to accept that the expiration date on our love was up, we clawed into each other.

That is, until the day I looked at myself in the mirror and was honest. Purely, brutally, no-holds-barred honest.

I wasn’t happy. I was surviving, and only barely. And my motivation for holding on was fear of breaking.

And I didn’t break.

And you won’t break either. Here’s what will happen instead:

1. You will gain perspective

Being brave enough to let go of something that is no longer serving you will teach you boundless truths about yourself. It will show you that your heart will always guide you on the right path.

I struggled against my own heart. I rationalized and found logic in staying in an unhappy, broken situation because I didn’t have the courage to look outside the box. But my heart pounded for escape, and eventually I couldn’t ignore it.

Now I can look back and see all the glaring red flags I had missed before. Distance and separation are amazing tools for growth and perspective.

2. You will learn about forgiveness

In my example, it was both. I forgave him for breaking my heart. And I forgave myself for being so slow to act.

It is not magic, and it can’t fix everything. But it can be a true and ultimate release.

3. You will find something or someone that serves you better

Who knows what that might be? You won’t know until you venture out and see.

I let go of the idea of a house and a family with a man. And I ended up finding myself.

By allowing myself to not be defined by the goals of the relationship, I was allowed to redefine myself. I ended up wandering the world with a backpack and an open heart.

In letting go of him, I have found myself catapulted in a hundred different directions. I changed my career. I changed my zip code. I even changed my hair color. And I feel more at home than I have ever felt.

4. You will realize that you’ll do more damage holding on than letting go

Let that marinate for a moment.

You’ll do more damage holding on than you will letting go.

I thought I would break into a million, inconsequential pieces if I let go. From where I stand now, I know that holding on would have been what broke me into all those tiny pieces.

Letting go solidified my own strength. Letting go forced me to flex my own muscles, and like a cat, I landed on my feet.

5. You will have brand new adventures

Adventures require an open heart. They require a creative spirit. And they require you to be whole. All of those things aren’t possible when you are directing your energy into just staying afloat instead of just allowing you the freedom to say “yes” to the exciting opportunities that come your way.

All of those are adventures I would never have had the chance to experience if I were still expending all of my energy on repairing the unrepairable.

6. Become a better version of yourself

Who I am today is a far reach from who I was before.

I credit a lot of it to the fundamental bravery I harnessed when I stepped away, when I demanded more. But a lot of it has to do with the opportunities and experiences I have had since then.

Letting go will change you. Let it. Embrace it. And celebrate your own bravery. 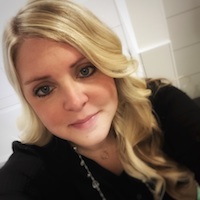