Why I’m Proud to Be An Insane Beast (in Supersonic Socks). 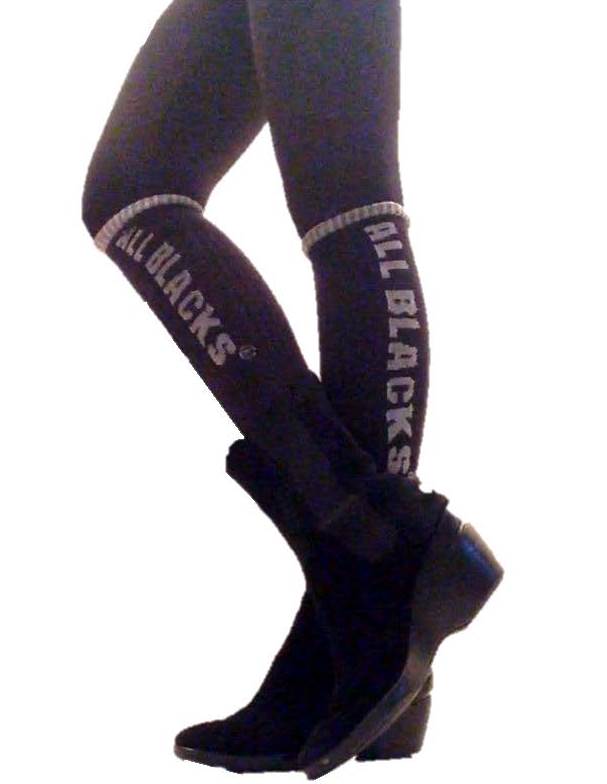 “What’s in a name? That which we call a rose by any other name would smell as sweet.” ~ Romeo & Juliet, William Shakespeare

I met a man named Adeoye.

I’d met him before. He works in a store I frequent when I arrive at yoga too early and need a place to go before class.

I didn’t know his name then. He is a beautiful man, with a beautiful voice and smile to match, who serves as the greeter for the store.

And he does a good job greeting. I even remember what he said the first time he greeted me. He paid me a compliment. He told me I looked fierce.

I smiled back and thanked him. It was early on a weekend morning, and I was feeling far from fierce. I was dressed in a hodgepodge outfit with my hair half done. I had blown out my bangs but left the rest to dry in every direction. Wearing barely any makeup, I had on my yoga gear and what I call my supersonic socks, the rugby socks my son had bought while backpacking abroad. Emblazoned with the words, All Blacks, the socks pay tribute to the New Zealand men’s rugby team, the nickname earned more than 100 years ago for wearing all black while on tour.

I didn’t think I’d ever before been called fierce. I figured it must be the socks, or maybe it was just one of the many words the greeter conjured as he spent his day saying hello. But the compliment worked. I was happy to be called fierce!

I think I could have been fiercer before. I think it would have served me well. I was always fierce in my convictions but not always in my actions. Somehow, I let happen things I thought would never, and it’s hard to excuse myself for not having taken better care.

Maybe, now, that’s why I’m so thrilled to be called some names I’ve never before been called. Names create beliefs, and they can stick like the All Blacks for 100 years to come.

When I started yoga, I was surrounded by lots of strong people. I was determined to get strong, too, and with regular practice, I started to get more powerful. I didn’t know it then, but what I wanted to be was fierce, and that apparently starts with a little insanity.

The class was at play in inversions, and I had my mat against the wall with the others. I was in a Scorpion handstand, my feet doing their best to meet the top of my head while upside down. And from across the room, I heard the instructor pointing out those who practiced regularly in an effort to get another yogi to build her practice, too.

That’s Anne, he said, pointing at me. She’s insane!

Hearing this, I could feel my feet get that much closer to my head. I was proud to be insane!

It wouldn’t be the last time I’d be introduced as such, but it was the first time, and from then on, I knew that things could be different, that I could be different. With this practice, I believed something for me could change, and I could be stronger than I ever was.

The other day, Adeoye was dressed as Santa Claus. Bare-chested, he wore only pants and a red cape with white fur. I walked into the store, and he wrapped his arms around me for a great, big greeting.

What are we going to do about all this after Christmas? I asked, pointing out his outfit from head to toe. I wanted to know who he’d be after the holidays.

And that’s when he told me his name.

Adeoye, he answered. And when I repeated it so I could get it right and remember it, he sang it to me as a song, and his smile was so big that I wondered if he had invented his own name. And then the song stuck, and I found myself singing it in the days that followed.

I remember when my son earned himself another name. When he was young, he was small for his age in the sports he played. But he always knew that he was fierce; his fighting spirit was more than big enough. And one day his coach stepped aside to exclaim to me about my son’s tenacity.

Samit is a beast! He said.

And to this day, the name has stuck. He is a beast, and I tell him so whenever he accomplishes anything.

Shortly after I met Adeoye, I forgot the meaning of his name. I researched it and somehow landed on a new meaning, A vision of mercy. I checked in with him to confirm and was surprised to hear that I had it wrong. But, he made it okay, saying that he loved my invention. He told me that he would hold on to it as his spiritual name and then he thanked me for christening him.

The other day, I was at yoga, and I can’t even remember on what we were working. I recall the music playing, the class flowing, and the instructor suddenly calling me out. I think it was the jump backs. I’ve been trying to jump back without hitting the ground, pushing myself up and swinging my legs under and through to land in Chaturanga, or low push-up.

With the instructor’s encouragement, I hoisted myself up and back with the barest of pit stops. And in this effort, I earned myself another name. Out loud and from across the room, the instructor called me a beast, and that was better than any jump back I could have done.

And I want to believe it, so I will be. I want to walk around in my supersonic socks as the most insane beast for 100 years to come.

And so these days, I’m taking better care, so I can serve myself well.

And now it makes sense why, ever since Adeoye told me his name, it’s been on repeat in my head. It’s because in order to be fierce, I have to know that I am Divine, too. And there needs to be a vision of mercy for all the times that came before, when I forgot.

Adeoye will be performing in the productions of The Magnificents (Spring 2015) and Looking Glass Alice (Summer 2015) at the Adrienne Arsht Center for the Performing Arts in Miami, Florida.