When someone begins to understand how intricately connected and interconnected all life is, they begin to see that even the thoughts they think matter—not just to themselves, but to everyone, human and nonhuman.

My first trip to the rainforest helped me understand that better and it changed my life. Now, my wife and I visit every year. The simple steps shared here are a great starting point and only scratch the surface of a very complex challenge.

Before we can tackle any challenge, we should understand the fundamentals of the problem we face together.

Our booming global population depends on forests for survival. Forests are packed full of ecological diversity and are essential to our planet, especially in matters regulating climate.

Wherever deforestation is, climate change follows.

Unfortunately, the planet has already lost 80 percent of its forest cover to deforestation, and is rapidly moving towards 100 percent, according to the World Resources Institute. Much of our loss is driven by intentional human activity such as logging, mining, infrastructure, fuel production, palm plantations, and agricultural land transformations for cattle grazing and food.

Although deforestation meets some human needs, it also has profound, sometimes devastating, consequences, including social conflict, extinction of plants and animals, loss of potential medicines, and climate change—challenges that aren’t just local, but global.

Healthy rainforests are vital to life on Earth and one of its best defenses to combat climate change. According to the EPA, about 17 percent of all carbon emissions, the heat trapping gas said to drive climate change, come from deforestation.

Unfortunately, the forests that should be the world’s shield to climate change have been under constant attack. The big challenge is that the current monetary system usually rewards deforestation, meaning that trees are worth more to people dead than alive, while conservation costs money.

Just this past September 2014, the Brazilian non-profit, Imazon, reported that an area of the Brazilian Amazon six times the size of Manhattan (402 square kilometers) was cleared. That’s a 290 percent increase year over year.

2. Redefine the Definition of a “Healthy Lifestyle.”

This is a critical step, since what we think tends to drive how we behave.

“The only sustainable revolution is in the minds of people.“ ~ Will and Ariel Durant, Lessons of History

Most commonly, when people think of a “healthy lifestyle,” their minds automatically associate the term with physical health, nutrition and exercise. That’s true but is only part of the definition. In addition to being conscious of physical health, a healthy lifestyle, also means making choices in life that benefit the common good and protect our environment. For example, being a conscious consumer.

As the human population grows at a rapid pace, our everyday decisions as consumers for simple items like soap or paper towels impact the whole on greater scale. If a large number of people unknowingly make decisions to use products that are not produced with values that protect our habitat and health it degrades Earth’s systems over time.

3. Vote with your wallet.

In a monetary system, profit tends to be put before people because a company needs profit to survive. It also means we have power because if we don’t support a company, they can’t survive.

“Every time you spend money, you’re casting a vote for the world you want.” ~ Anna Lappe, author of Diet for a Hot Planet

When we support a company, we approve of their practices so if they are reckless, they will continue being reckless.  When consumers and investors stop supporting a company then they will need to adjust their practices to survive.

An easy place to start voting with your wallet—consumer products

Palm oil plantations are a major driver of deforestation and palm oil is used in more than approximately 50 percent of consumer products, many of which we all regularly buy around the world—examples include cosmetics, bread, chocolate, soap, shampoo, fuel, detergent and more.

But this doesn’t mean we need to avoid all products with palm oil. Palm oil yields about five to eight times more per hectare than any other competing oil. Avoiding it completely might cause companies to leverage an alternative oil such as soy, which requires clearing far more land, which could promote deforestation even more.

There are companies that already have deforestation-free operations and supply chains. One example is Dr. Bronners, a family business committed to making socially and environmentally responsible products of the highest quality and dedicating profits to help make the world a better place.

They work directly with locals, cutting out the greedy middlemen, and truly produce sustainable palm oil. Locals are keepers of the forest and empowering them is critical.

According the 2014 CDP Global Forests Report, 19 consumer goods companies are beginning to make deforestation-free supply chain commitments. In addition, during the United Nations Climate Summit, more than two dozen national governments and 3 dozen companies endorsed the 2014 New York Declaration on Forests with the goal of halting deforestation by, 2030.

The intent is a great start but action is what matters most. Since the green movement started, some companies have painted a nice public image on the surface to take advantage of people eager to do the right thing, while their operations remain flawed. This is known as greenwashing.

To help make it easier, organizations like, The Rainforest Alliance, put a stamp of approval on products. Keep an eye out for the following certifications:

Some may discredit consumer action as being minimal in impact, but with the advent of the internet, information spreads further, faster. Collective efforts known as mass collaboration have shown us profound results when small actions are taken by many people. To get an idea of what I mean, check out the great TED Talk by Luis Von Ahn.

Efforts by governments, corporations and NGOs are very valuable and need to continue, but they should be complementary to changes in our global consumption behaviors to tackle the underlying causes of deforestation. New policies and laws sound nice but can take a long time to become effective and risk being broken if there is money to be made sourcing commodities from producers linked to deforestation.

Consumer and investor demand is an essential part of the equation.

One of the biggest drivers of environmental degradation is our booming population’s meat consumption, the world’s oldest and strongest addiction.

Producing meat, especially beef, requires large amounts of land and water. The Union of Concerned Scientists state, that beef only accounts for two percent of the world’s calories and requires about 60 percent of the world’s agricultural land for production. As global meat consumption continues to rise, more tropical rainforests are cleared for grazing and growing food for feed.

The World Bank Report, “Causes of Deforestation of the Brazilian Amazon,” found that more than 90 percent of deforestation in the Amazon is due to animal agriculture.

“Our diets and, specifically, the meat in them cause more greenhouse gases carbon dioxide (CO2), methane, nitrous oxide, and the like to spew into the atmosphere than either all transportation or industry.” ~ United Nations Food and Agriculture Organization (FAO)

This doesn’t mean we all need to give up all meat completely. A great start might be to have Meatless Mondays or to simply remove “beef” from your diet. Of all meats, beef is the biggest driver of deforestation and climate change. Science has also shown that eating beef leads to higher risk of cardiovascular disease. Removing it from our diet protects rainforests, animals, health and combats climate change. It just might reduce the grocery bill too.

We can help halt this destruction by pressuring companies to change their practices and by making smart lifestyle decisions.

If you have any thoughts to share about this topic, please share in the comments. We want to hear from you!

Here’s to living a rainforest-healthy lifestyle! 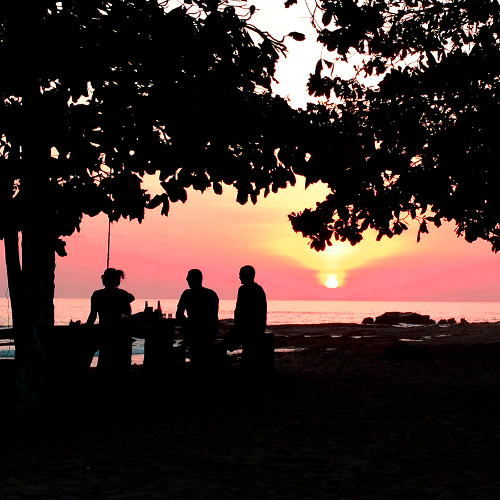 How Cows Kill Rainforests: The Flip-Side of an All Beef Patty.

If it Contains Palm Oil, is it Still Vegan?

How to Be a (More) Ethical Meat Eater.

Photos and videos: via the author 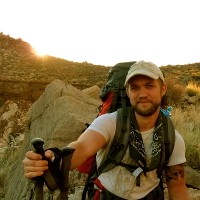