Confused About Salt? How much we Should (Really) be Consuming. 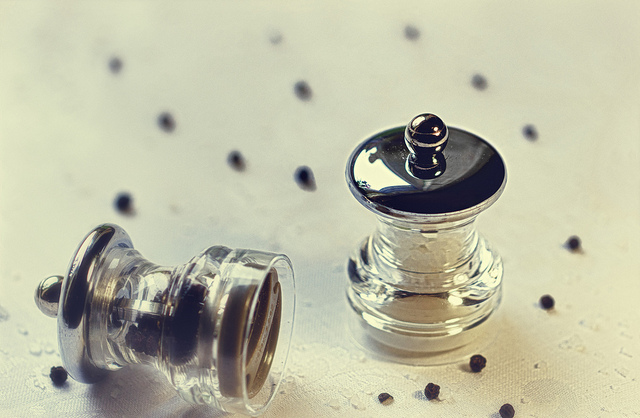 Perhaps the most prolific dietary heart health mantra that has been preached and practiced for the past 30 years is to reduce your intake of salt.

In this article, I want to share the science behind a modern myth: that salt is one of the causes of blood pressure and heart-related issues. (3,4,5,6,7,8)

In fact, as we will see, although still controversial, it may be just the opposite. We need salt for optimal heart health, as well as the function of every organ system in the body. In addition, the science suggests that the average American may be deficient of natural salt and we should actually be ingesting more salt, not less! (1)

The History of Salt

Not only is natural salt a currency of health for the human body, it was historically so highly valued that salt bars were used as one of the first methods of trade and currency. Salt was used to pay salaries in Rome and it was used for religious rites in Israel. In fact, salt was as precious as gold in many ancient cultures—Moorish merchants in the 6th century traded salt for gold, weight for weight. (1,2)

Perhaps the reason for this attraction to salt—above and beyond its use as a medicine, wound-healing aid and spice—was its ability to preserve food. Meat, fish, butter, cheese and many other foods were preserved in salt. This allowed for long distance travel to be possible without starvation and the ability to navigate long winters. (1,2)

In addition, most of the prosperous civilizations were seafaring and ingested significant amounts of seafood and sea vegetables containing high amounts of salt. Today, Japan, which has consistently ranked at the top of the longevity charts, consumes some of the highest amounts of salt on the planet. (10)

Salt restriction proponents claim that the high salt intake in Japan is responsible for their higher incidence of heart attack and stroke, but that notion has not been confirmed according to a variety of studies. (3-8,10)

*It should be noted that the following studies on salt used refined table salt, which has the natural minerals removed. Many experts suggest that such salt is a toxin to the body. Even so, the following literature review has found no credible evidence that salt (even refined salt) increases the risk of heart disease.

While the American Heart Association (AHA) still recommends a low-salt diet of 1000mg/day for optimal cardiovascular health, they find themselves holding onto a notion that has little science backing up salt restriction.

A 2011 meta-analysis of over 6000 subjects, published in the American Journal of Hypertension, found no strong evidence that lowering the intake of salt reduced the risk of heart attacks, stroke or death in folks with or without high blood pressure. (6)

In a 2014 review of the most well-respected science on salt, published in the prestigious Journal of American Medical Association (JAMA), they cite similar findings. They reported that the less sodium that study subjects excreted in their urine as a result of a salt-restrictive diet, the greater their risk was of dying from heart disease. In the same review, while there was a small reduction in blood pressure in some studies with a salt-restrictive diet, the reductions were on average one to four mm Hg—which is a modest reduction at best. (7)

It was also mentioned in the JAMA article that these findings may be associated with an individual salt sensitivity. This means that, if in doubt about salt, it may be wise to purchase a blood pressure cuff and test your own blood pressure with and without salt in the diet. (7)

Salt from the Himalayan Mountains has been mined for its health-supporting properties for thousands of years, and is still mined to this day. According to Ayurveda, salt has two major properties that make it a particularly important food for the winter:

In the winter, which is called Vata Season in Ayurveda, nature harvests foods and spices that will help antidote the extremes of coldness and dryness. Vata is the governing principle in the body that controls the nervous system, movement and coldness.

Traditionally, salt was consumed in greater quantities in the winter due to a diet rich in foods preserved by salt. During the winter months, traditional cultures depended on more seafood than vegetables, which boosted winter salt consumption quite naturally. Such a diet delivered needed health benefits, which added to its traditional value. While salt has a warming influence on the body, it also calms the nervous system. The cold and dryness of winter both chills the body and de-stabilizes the nervous system. Salt offers a reliable antidote to these winter woes.

Salt has been a staple in the diet of humans for some 6000 years, and many authorities believe it was in use even much longer ago. (2)

The salt that we seem to be genetically dependent on is raw, unrefined salt. Unrefined salt was a primary delivery food for essential and trace minerals in the body—which play a lead role in almost every bodily function. White refined table salt is devoid of these needed minerals, and is laced with aluminum based anti-caking, flow and conditioning agents. Processed foods (which make up a large part of the American diet) are very high in refined salt, which can disturb the body’s delicate mineral balance.

Unrefined mineral salts, such as Celtic Sea Salt, Utah’s Redmond Salt and Pink Himalayan Salt, provide the body with up to 80 essential and trace minerals. Refined white table salt is devoid of these essential minerals and provides only sodium to the body, which can disturb the body’s electrolyte balance.

Electrolytes are minerals in your blood and other body fluids that carry an electric charge. Electrolytes affect the amount of water in your body, the acidity of your blood (pH), your muscle function, and other important processes. The most common electrolytes are calcium, chloride, magnesium, phosphorous, potassium and sodium. (5)

When refined salts are ingested, sodium levels rise as potassium, magnesium and calcium fall. The excess sodium on the outside of the cell osmotically pulls fluid (water) along with potassium, calcium and magnesium out of the cell. This can cause a severe state of cellular dehydration that cannot be remedied by drinking water.

The only remedy for this is to restore the mineral balance. This can be accomplished by discontinuing the use of refined salt and salty processed foods and increasing the amount of natural unrefined mineral salts, along with a balanced and highly-absorbable mineral supplement.

Since the sodium in refined salt directly depletes potassium levels inside of the cell, causing cellular dehydration among other concerns, a diet high in potassium-rich foods should be followed when salt intake is high. The foods with the highest levels of potassium are: