Conscious Sedation: Mental Yoga Got me through a Root Canal. 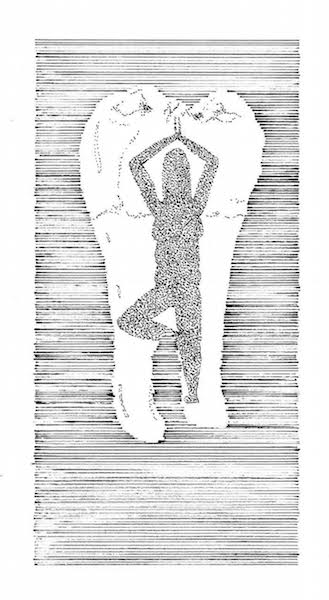 Sipping from a pint glass one summer evening, I admitted it: I am afraid of my yoga teacher.

If I were walking in front of her on a rainy day and slipped into a puddle with an ignominious splash, she would stare condescendingly before snipping, “Geez. Get up already. The longer you sit, the wetter you get.”

She is tough—like an over-salted T-bone steak grilled for ten hours on a well-stoked hibachi in the middle of August in the hottest part of Death Valley. There is no nonsense brooked in her yoga class, and woe to the yogi who locks his elbows while in Plank or refuses a foam block to bolster the buttocks during Pigeon pose.

Indeed, my yoga teacher could order All the Positive Energy in the Universe to go sit in the corner and think about what it had done, and Universal Energy would comply with no sass, no backtalk, not a single protest of “But I didn’t even….”

Her no-nonsense manner leaves me guarded instead of flooded with ananda, that blissful feeling of utter joy that is—duh—an essential quality of the ultimate Reality.

So why is she my teacher?

She’s really good. That’s why. Her classes are challenging, and her cues are clear. Over time, I’ve realized her natural speaking style makes her seem terse. She’s actually a nice person. I just don’t think she’d have much patience for tears at the dinner table.

Thus, I would never have predicted that I’d rely on her during some grimly painful hours.

You see, I had a root canal and headed into the procedure plagued by nerves. The night before I went in to have the afflicted tooth opened, I sipped a pale ale and explained my trepidation to a friend who noted, “I’d have to cope with the whole thing by doing yoga in my mind.”

Wazzat? You’d have to huh?

As if you could visualize your way into a sun-dappled mental state, a place where chataranga dandasana trumps three hours of dental dam? Having a team of professionals pour bleaching agents into a well that’s been drilled into your skull isn’t something a person can tune out.

However, the next morning, the endodontist had to give me twelve shots before my mouth went numb. When finally he was able to begin drilling, I felt my innards trending toward panic.

As hysteria crested, my yoga teacher’s voice floated into my head, and bam, my consciousness detached and traveled onto a mat in a darkened studio. For the next three hours, every time my nerves started to rise, my yoga teacher intervened. She reminded me to find a drishti point; to breathe so that my ribs expanded out to the sides; to tuck my shoulder blades into their sockets like wings. She got me through.

I was entirely on my own, though, when my opened tooth later abscessed, and my face swelled with pus, making me look like Eric Stoltz in Mask.

One glance at it, and the endo pulled out a syringe. As the first shot slid into my cheek, the pain was so intense it made me long for an un-anaesthetized C-section, so I could hurt less. My agonized sobs echoed throughout the office, causing the endodontist to issue a firm talking-to: “Listen, I have to give you these shots, and there’s no way around it: they’re going to hurt.”

As he started the second injection, I mentally lifted my arms to the sky, did a swan dive to the ground, jumped my feet back into Plank and lowered to the floor. I rested in Cobra pose, and my yoga teacher’s voice cautioned me to raise my chin, for if my gaze was lowered, my breath would be impeded. The doc inserted yet another needle. I moaned and sobbed. Then my yoga teacher’s voice slid in again, telling me to push back into Downward Dog. She left me there for five breaths—by the end of which my face was numb, and the endo was making an incision into my gums so that he could insert a drain.

I left the dentist’s office that day with a prescription for penicillin, a desire for a long nap, and a respect for the virility of oral bacteria.

When I went back later to have the endo finish cleaning out my canals before jamming a filling into the dead zone, I mentioned that I was grateful to be alive during the age of antibiotics. In reply, he pointed out that all the penicillin in the world wouldn’t have helped without his lancing the abscess.

Startled by his expression of ego, I cast about for an adequate reply. At that moment, it was my yoga teacher who framed the response:

“Definitely, it was your expertise that got the pus out of my face. However: there are a couple of things that are going to help me much more long-term than the deft lancing you gave my soft tissues.”

The endo raised an eyebrow and asked, incredulously, “What would those be?”

Enunciating as clearly as the dental dam would allow, I informed him, “Yoga. And beer.” 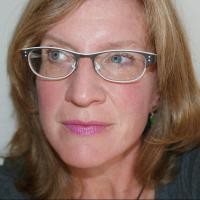