How to Make the Most out of a Job We Hate. 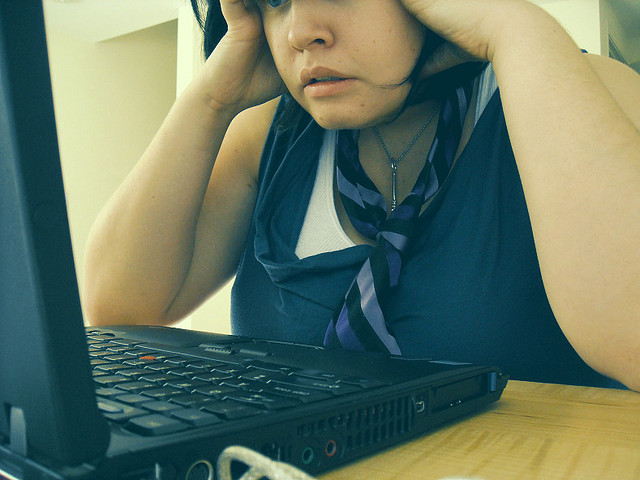 Has the daily grind got you uninspired?

Almost all of us have had that job that totally sucks at some point in our lives.

For me it was the check-out-chick position at a local supermarket, which started off as a way of earning a bit of spending money when I was 15 and ended up being the only way I managed to survive financially throughout university until I was 21.

For others it was that graduate position that made them the office bitch and payed just enough to fill their car up with petrol to get there.

Generally, most of us were able to—eventually—get out and find something better. I finished my degree and told that supermarket to kiss my you-know-what goodbye.

But what if for some reason we find we can’t leave?

For example, our skills are highly specialized and work elsewhere is scant or we’ve applied for other jobs but so far haven’t been successful?

Sure, we could roll up into a little ball like those rollie-pollie insects—FYI they’re called Armadillidiums, (thanks Google)—and be miserable. Or we could accept the fact that, at least for the time being, we need to keep on keeping on because those bills won’t pay themselves!

So, we’ve decided that it’s best (not to mention far more adult) to suck it up and get on with suffering through another week rather than throw in the towel and live off our savings. But why not go one step further and actually get something positive out of the misery that is our job?

Next time we walk in bracing ourselves for another day, keep these in mind:

1. Experience is invaluable—no matter where we work.

Experience in the workforce is a valuable asset in itself, even if it doesn’t happen to be in an area we are looking to pursue in the future.

One of the most important things that potential employers look for on a CV is work experience, and almost any job we are doing now can in some way be useful for the job we are applying for; yes, even that check-out-chick gig is useful customer service experience! So next time you get verbally abused at the check-out for squashing someone’s bread, instead of pulling out your automatic and just-sarcastic-enough-to-feel-better-but-not-enough-to-get-fired response, why not handle the situation pro-actively with the mindset that you’re practicing for your future in Human Resources?

2. Every business has a boss.

There’s no such thing as a business or company without organisation of some sort, and this means that there’s always opportunity to move up. Most jobs—even those that to the outside may appear menial—have an opportunity for growth. What we may see as a dead end position may actually be a window of opportunity in disguise; I’m thinking Supervisor, Assistant Manager and Manager of that supermarket. We may hate our current positions, but who’s to say that we aren’t made for better things within that company or sector? By walking into each working day with the mindset that yes, I may be here now but I could be up there later may be the boost we need.

For the record, I am most certainly not endorsing workplace theft. What I’m referring to here is education. Most companies and organisations somewhere down the line pride themselves on their research and development; those two golden words are in many a company’s business strategy. What this means to its employees—to us—is opportunity to learn new skills and gain more experience.

If they’re offering paid or part-paid courses and education days then why not take advantage of that generosity? Most of us make yuck faces at the thought of sitting through education and study days firstly because it brings back memories of the classroom and staring at that slowly ticking clock, secondly because it means we’ll be expected to take what we’ve been taught and actually do it once we’re back at work. But if they ask us to take on new responsibilities and tasks, why not see this as something else to put on our resumes? A skill learned is a job earned; and that job may just be our
dream one later down the track.

As the saying goes, it’s not what we know but who we know. Now more than ever before, networking is a key necessity to get your career in motion. Perhaps the most invaluable asset in any job is the plethora of potential connections we are exposed to even when we’re at the bottom of the ranks.

For example, there might be a junior teller at the bank who is eager to become something more. Despite being junior staff, every day they are liaising with managers, personal bankers, lenders and financial advisors, not to mention the human resources and recruitment departments.

If you’re not getting what you want out of your current position, network with those above and around you to gain leverage—internal connections can get you not only a leg up, but even out of your company to where you want to be. So instead of dodging lunch offers with half-baked excuses, avoiding office birthdays and glazing over at work functions, see every interaction as an opportunity to network with our colleagues, all the while with our super sneaky hidden agenda of escaping to a better job in mind.

5. Someone is always doing worse.

Okay so I couldn’t think of a fifth point and I know that statements like these are typically met with an eye-roll. But really, there is a lot of truth in it. So we’re trapped in a job where we are overworked and underpaid, overqualified and under-appreciated? How about those who are unemployed and desperately looking for work?  The unemployment rate is on the rise in Australia and I’m sure the trend is similar in most developed countries around the world. There are thousands of people who have a lot to show for themselves and are practically bursting with enthusiasm but just can’t seem to make it, whether luck or lack is to blame.

What is noteworthy to mention is that it’s not being suggested that we “put up and shut up” if we’re totally miserable, stressed and burned out in our current job.  If our position is impacting on our mental health then drastic changes might be needed.

However, if we haven’t gotten to that point, by seeing our workplace as an open door and not a dead end, not only will we be happier but we will get out as much as we put in.

I am More Than my Job.

Self Leadership in the Workplace. 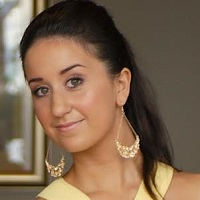