Why my “Restless, Roaming Spirit” got her Butt Back Home. I graduated college certain that I needed to see the world.

So I trapezed from Colorado—where I was born, raised and went to college—to England, Belgium, France, Spain and Portugal on a creative writing/yoga teaching/backpacking spree that spent all my money. Then I wound up in a basement apartment with my boyfriend in Vancouver, British Columbia.

We’d wanted New Zealand (as if it were a Christmas present), but eventually realized it was impractical: the flight alone cost twice my savings and we couldn’t find good jobs there; we needed someplace both exotic and capable of furthering our careers.

So we settled on Canada.

It took forty-five minutes to drive from Seattle to the US-Canada border. It should have felt like waltzing into the mystical unknown, slashing our fears and trusting the Universe, but instead it felt like what it was: waiting in an hour and a half of traffic.

While we sat, I plotted my Facebook status. I settled on: “got through the border! first night of my life as a quasi-Canadian”—strategically all lower case. NBD.

When we finally got through, my boyfriend’s baby blue hybrid traversed their terrible roads and I expected to sense we weren’t near Kansas anymore. We’d later learn—or maybe we learned it instantly but only later admitted—that the roads and the healthcare are some of the only differences between the U.S. and Canada.

We’re in Canada, we kept saying—as if to remind ourselves of our heroism; as if clicking our heels and closing our eyes would transport us from the same-ness we were feeling.

We moved to Canada.

Like it would drop from the sky instead of just get driven through.

Our apartment was in old-Italian-neighborhood-turned-hipster-haven Commercial Drive. We shopped at thrift stores and flea markets for spatulas, unique bowls and wall decorations, each purchase a trophy: we’d won liberal arts graduate gold; we left the country.

While our friends were stuck in Boston or LA or, God forbid, Seattle, working corporate jobs or at esteemed nonprofits, we’d taken pay, prestige and impact cuts to be foreign visa workers: he was an account manager for a transportation company and I was, basically, a receptionist. So much for good jobs.

I wanted to frolic amid old growth forests barefoot, nuzzle animals and serve the poor all day, but I needed to pay my rent and $169 per month yoga membership.

We were on “working holiday visas”— a British thing the Canadians adopted, like the Queen. It’s unclear whether the visa is for “holiday” or for work. So were we. Was this a boring vacation, a failed working stint or, as my conservative parents called it, a honeymoon?

As an editor at elephant journal, I’ve noticed that wanderlust has, among a certain demographic, a connotation of free-ness, happy-go-lucky-ness and screw-the-man-ness: feeding your soul with fascinating people and drinking in unadulterated life like coconut water.

I spent nine months trying to induce this fantasy, but it proved to be a false pregnancy test. The reality is life goes on; it’s all the real world.

We played badminton on Mondays with our two Canadian friends; we endured rainy days by way of coffeeshop; we cooked Indian food in a vintage crockpot; on Thursdays, I carved a fat, sassy dancer for a bookend (now finished, she looks as if she popped out of the rock fully-formed like a cake stripper, but actually she took five months of chiseling with a tooth cleaning tool).

I did look cool. People liked my tree photos. But I realized that everything I wanted to do, like writing, art and yoga, could be done in Colorado. And home was full of lifelong friends, family and networking opportunities: support.

Our imminent transience in Vancouver made it near impossible to take root and tap into community and purpose. As a result, I felt unsettled and unable to pursue with abandon what mattered most to me.

But the adventure wasn’t necessarily a waste. Nelson Mandela writes in Long Walk to Freedom, “There is nothing like returning to a place that remains unchanged to find the ways in which you yourself have altered.”

Upon returning home, I felt more sure than ever of my “dharma”—my spiritual calling—and my readiness to take it on. And if my $14 an hour dream job falls through, I can live in my mom’s basement while I return to my feet.

I’m not riding African elephants but, somewhat ironically, stability and routine liberate me to practice my passions whole-heartedly. The bulk of my impact, I’ve learned, comes from staying in one place and getting shit done; working from home staring at a laptop screen in my PJs for countless hours, I’m more free and fulfilled than I’ve ever been. And this benefits the world: 15 miles from where I grew up, I’m birthing something big here.

My boyfriend and I have since split, and the only daily, tangible reminder I have of living abroad is the fat dancing woman. She holds up my new man’s books: Beers of the World, Great Empires, The Alchemist and Thich Nhat Hanh’s Your True Home:

“The realization that we have already arrived, that we don’t have to travel any further, that we are already here, can give us peace and joy.” 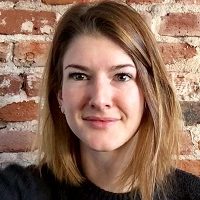