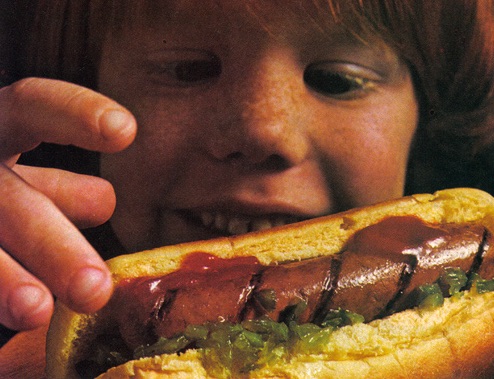 My hometown of Portland, Oregon is known for many things: fresh-roasted coffee, rain, pinot noirs. A lesser-known aspect of Portland is that it is absolutely riddled with -etarians. We’ve got vegetarians, pesceterians, no-meat-except-bacon-etarians.

Personally, I am what one could pretentiously call a non-mammal-etarian. So basically I occasionally eat chicken. But only those blissfully happy chickens who get to frolic in grassy fields until they are humanely slaughtered by loving farmers who have raised them from chicks and know them by name.

It is actually surprisingly difficult to find garden-variety omnivores in this quirky city of mine. Unless you come to my house. We’ve got four.

Besides me, my family is omnivorous. And I am okay with that. My children—ages one, three and four—are just starting out on their food journey. I want them to have a good relationship with food. I want them to understand that food is above all meant to be nourishing, but that it can also be delicious and exciting and celebratory. I don’t want it to represent guilt or shame for them.

Especially for my daughter, knowing what’s likely to be ahead of her in her teenage years, I want her to start out with a solid foundation of respect and love for food. So, although I am against eating most meat, I am not going to put that burden on my kids. Instead, those few times a month when I throw my husband a literal bone and cook meat of the non-chicken variety, I take it as an opportunity to get my children thinking about what they are eating.

Getting kids thinking about the weightiness of eating meat can be done quite easily. Here are some ideas to get the conversation started in your house. By introducing these concepts early, and by allowing kids to ask questions about what is going into their mouths and why, you lay the groundwork for them to make informed decisions about what they choose to eat when that decision becomes their own.

1. Call the food what it is. While it is pretty obvious from the name that chicken is chicken, it is not so obvious that pork is pig, that hamburger is cow or that hotdog is whatever the heck hotdog is. If you are serving a piece of steak, explain that you are having cow for dinner, and that this cut of the cow is called steak. This a concept that kids can get very early on. For instance, when I gave cow to my son for the first time at around 18 months, he mooed. As your kids get older, you can also explain to them where on the animal the meat came from—pork tenderloin comes from a muscle along the spine; shank comes from the tops of the cow’s legs. There are some great images available online of where on the animal various cuts of meat come from that can help children understand the transformation from animal to meat.

2. Let them know that an animal died for this meal. Although perhaps not too big a step from calling the meat what it is, I don’t think my four-year-old totally understood that meat was a dead animal until he got on a dinosaur kick a few months ago and learned about carnivores and prey. Death is obviously a big concept, and children may not be able to connect it to the food they are eating when they are very young. But when they are old enough to understand the concept, the knowledge that meat comes from a dead animal will already be there.

3. Stress the importance of not taking more than you can eat. Kids’ eyes are often bigger than their stomachs. When it comes to meat, establish a policy to only take a little at a time. Kids should understand that these animals were raised and killed so that they could be eaten, not so that they could get thrown away.

4. Be honest about your refusal to eat meat, but don’t lecture. Every so often one of my kids will ask if I am going to have some of the meat. At this point, with them being so young, I just say, “No, I don’t want any. I don’t like to eat pigs because I feel bad for them.” My children have not yet asked me for more details on why, but when they do I am prepared to tell them in a straightforward manner about my decision not to eat red meat and pork. This conversation is likely to evolve as they get older and are able to understand more big-picture concepts. If your kids are teenagers, you might consider showing them one of the many great documentaries out there about the food industry. My favorite (and my personal catalyst for stopping meat consumption) is Food, Inc.

5. Don’t make a huge deal out of it. Boy, sounds like a laugh a minute at our place when we have meat, huh? It’s actually not as intense as it sounds. I do not have a PowerPoint presentation laying out the social, environmental, moral and political reasons not to eat meat that I preview for them before sitting down to the table. All of the above pointers can be done in a nonjudgmental, factual way. “We are having pork for dinner. Pork comes from a pig. Please only take a little bit, and if you want more you can have more. We really don’t want to waste any of this because this pig died so you could eat it, and we have to respect that.”

Ultimately, the decision of what to put in your body is a personal one. It has ramifications beyond yourself, but you need to be the one to figure out what dietary choices you are going to make and why. Even though my children are very young, I can see that they are already beginning to figure out that some food choices are weightier than others. For instance, my oldest will caution my middle child not to take too much meat when we have it (which always goes over super well, as you can imagine). And my newly-minted three-year old will always ask from what animal a piece of meat comes from before eating it, or choosing not to.

By being upfront about what they are eating, and how they came to be eating it, I am getting my children thinking about food as more than just fuel. Even at the ages of three and four they understand that meat is a special treat, that it must be treated with respect and that it can’t be wasted. Their thinking will continue to grow as they do. And if they end up being omnivores, I will be okay with that because I am confident that they will make the choice that feels best for them and for the world they live in. Without guilt. 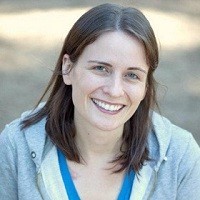