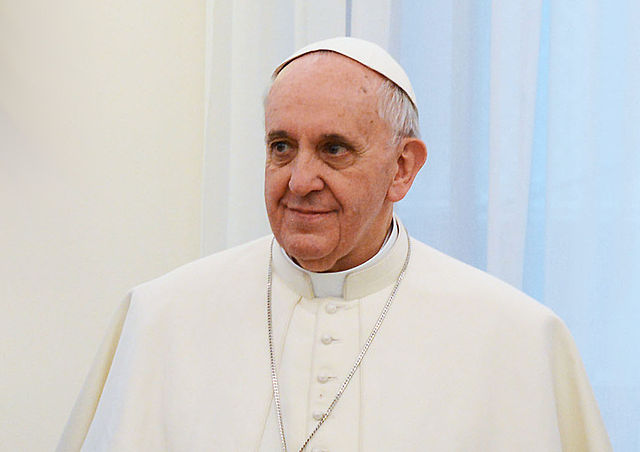 “The worship of the golden calf of old has found a new and heartless image in the cult of money and the dictatorship of an economy which is faceless and lacking any truly human goal. ” ~ Pope Francis

In early February, the Speaker of the House invited Pope Francis to speak at an upcoming joint meeting of Congress.

“It is with reverence and admiration that I have invited Pope Francis, as head of state of the Holy See and the first Pope to hail from the Americas, to address a joint meeting of the United States Congress… Pope Francis has inspired millions of Americans with his pastoral manner and servant leadership, challenging all people to lead lives of mercy, forgiveness, solidarity, and humble service…”

It is true that the current Pope has been recognized by the public as humble and inspirational.

Based on public opinion, per Wikipedia:

“Throughout his public life, both as an individual and as a religious leader, Pope Francis has been noted for his humility, his concern for the poor and his commitment to dialogue as a way to build bridges between people of all backgrounds, beliefs and faiths.”

The Vatican leader has accepted the invitation to address a Joint Session of Congress in September.

Recently Bernie Sanders, U.S. senator for Vermont (Independent), released the video below, expressing his support for the Pope’s upcoming visit in the fall. 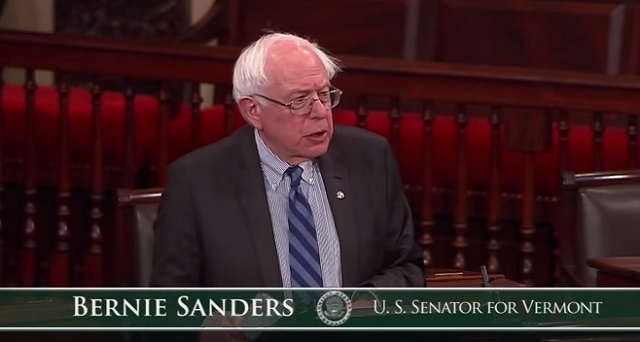 Just a quick bit of background on Bernie Sanders—Senator Sanders is the longest-serving Independent, albeit left-leaning, politician in U.S. Congressional history. He describes himself as a democratic socialist, and as such he advocates for a democratic political system, alongside the socialist ideal that we should collectively look out for one another and to ensure that everyone’s basic needs are met to allow for the pursuit of life, liberty and happiness.

Funnily enough, the ideals of this left-ist, democratic socialist, and those of the Catholic Pope have fallen into alignment!

The Pope supports the ideal that it is our responsibility as humans to take care of one another, and he has been actively speaking out against economic inequalities, an issue that’s rarely acknowledged by Congress or foreign governments. Economic inequality, does not simply refer to the destitute or those living without homes, but also to underemployed, hard-working people who are struggling to provide for their families and make ends meet.

The Pope has also voiced concerns regarding greed and love for money, pointing out that homeless people—cold, hungry and dying—living on the streets is now considered normal. Homelessness is no longer regarded as a news-worthy issue, however a 10-point drop in the stock market certainly is—in fact it’s regarded as a tragedy!

What Senator Sanders and Pope Francis are trying to convey is that economically, we are heading in the wrong direction.

In the video below, Sanders notes that the Pope wants people to pay attention what is happening within our economic systems—for instance, the disappearing middle class.

When the wealthiest 85 individuals in the world have more wealth than the the bottom half of the world’s population (over 3-billion people) that is an issue!

Per an Oxfam projection, unless something changes, in a couple of years—the top 1% will own more wealth than the bottom 99%, globally.

This economic trend means the rich keep getting richer, the poor become poorer, and the middle class will essentially become extinct! This is certainly not an economic system which benefits or lends toward the overall success of the global society.

Please take a few minutes to view this video of Bernie Sanders explaining why he supports what Pope Francis has to say. The video is a bit lengthy, but at the very least just listen to the first 7 minutes or so:

What are your thoughts on this current economic trend? Please leave a comment below!

“There will be major, major cuts in Social Security by 2012.”