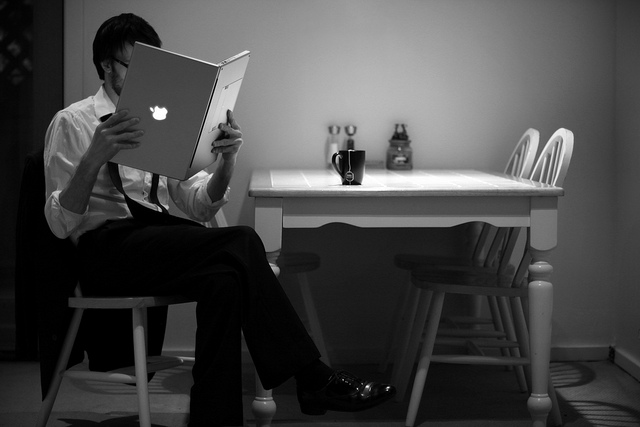 I’m now in a new bracket.

This is the bracket that looms over those who not only check the box, but also set it as a deadline. And for some women it is the end of the road because their bodies are no longer making viable eggs. They are making corrupt eggs full of disease and if that egg turns into a baby that baby then becomes not only a life but also a series of justifications.

Or if no baby has been had, the dream gets extended like someone who failed to do his or her taxes on time.

“Well, you can still have a baby in your 40s.” People in their 40s have grandkids that are the age of some 40-something’s babies. A lot of people are doing this and forcing the issue through IVF.

Distrust of each other turns relationships into transactions.

There is literally a universe of information consolidated into constellations of blogs on the topics of sex, love and relationships. As a society we keep talking about it, and by talking about it we make it important. Products, lyrics and lives coalesce around it.

Love is both form and substance.

Yet, if you find yourself single at age 35, love isn’t nearly as important as feeling legit and being desired.

When I first set off to write this article there was a very particular angst welling up in me that wanted to provide a narrative to the joys of being 35 and single. But, I had to stop myself because, honestly, it kinda sucks too.

So in service of the wisdom of the human heart I am offering both the pros and cons of being single at 35 through the eyes of me—a single 35 year old human being.

There are many versions of single at 35. Some people make it here without kids, some are still figuring out how to have a career and not just a job, some work on their online profile and neglect their offline lives, and there are others who have “been there and done the domestic bliss to destruction” route.

Simply, it is complex.

First, I will speak to the pros of arriving at 35 and not having children: You are not a breeder.

It may have happened by chance, by biology, by fate or because you made major efforts to stay in the child-free zone.

The first and most obvious pro of not being a breeder is you are also and environmentalist. Humans are literally the worst thing to happen to the planet—especially the ones who invented plastic.

And if you are not a breeder you are then by proxy a shepherd or a sheep. Some of us create systems, invent new avenues of industry, and thrust ourselves into the chilling embrace of the unknown day after day. Others become the oil, the sprockets and participants in those systems.

It is a dance where there is no direct legacy being passed down to progeny but rather a more global participation in the parenting of dreams and desires.

The second pro of being 35 and single is being wise and youthful all at once.

It has a very particular alchemy to it. The mirror tells its own story of greying hair, more moles and one more wrinkle. Yet, the heart and soul remind you of the years, the experiences that enriched you and the stories behind your changing form. These stories are pure gold. They are the building blocks of connection—the oneness that can only be formed after pain has been traversed and transformed into character.

The third pro to being single at 35 is not knowing what you want to do with your life—still.

There is room to explore. You don’t have anything locked down and you have everywhere to discover. This is the richest you will ever be. There is time ahead of you and experience behind you. There is a whole new world of big-boy and big-girl possibilities.

The pressure of the shoulds or proving dad wrong or making mom proud slip into a subtle carelessness where carefulness once resided. Freedom gets sipped in through satisfying exhales. This day’s work is done and another door is about to open.

Desire will continue to kick your ass. It doesn’t matter what bracket you are in. There will always be another rung of the latter to climb, someone to be jealous of and past failures to reconcile.

If you wanted to be married “by now” and have kids, then this can feel like the worst time to be alive. Cat jokes, weddings, doctors’ checkups, friends’ divorces, the job that is the grind, and having at least one network show you follow becomes the norm.

Numbing the part of you that wanted it to look different also becomes pretty standard issue to being 35 and single.

The second con of being 35 and single is that you now are doing it like your parents did it.

You’ve calcified into a robotic-zombie-like meta-form of lineage. If I just confused you that is because your brain is wired for convention and is destroying what is outside of its capacity to understand long before it registers as a new possibility.
You might be in a matrix of someone else’s making. That being said, none of us are all that original.

Playing the field and being a collector of not only wild stories, but also STDs, isn’t cool. It sucks when the TV keeps you company, your laptop provides purpose, and most emotions are processed through a computer that receives texts which get lost in translation.

We are social creatures who have all sorts of drives.

So, while single life can be rich and full, there is no, and I mean no, substitute for loving touch, intimate connection, expansive sexuality and shared perspective. There is but one place—don’t start singing Where Could I go but to the Lord—to cultivate these rare powers. Intimate relationship is the storehouse of infinite connection.

We can be heroes just for one day at a time.

If nothing more, the aging process can teach us a lot about being 35 and single. It teaches us that, although it may feel like the end of many things, there are still miles left to go and to cherish.

Career paths are volatile as the income they provide.

Lessons are being learned—really learned because better questions tend to be asked.

The children we have or haven’t had matter.

And I think the greatest lesson I’ve learned being 35 and single is that ultimately nothing matters in reference to the big picture. Emotions drag us into the fray and spur storylines that can both catalyze and interrupt the flow of creation.

We are all supernovas and black holes.

So, worry not. If I’ve any advice to give I’d say let it be what it is. If a strong part of you didn’t want it to be this way, it wouldn’t be. Honor that. And eventually something different will happen.

Nothing can be summed up—because behind the label of 35 and single is a life unfolding.

35 is just a bracket. It isn’t a destination.

To All The Single Ladies: 10 Tips for Dating in Your 30s.