Don’t Tell Me to “Create your Own Reality”: the Realities of Depression & Suicide. 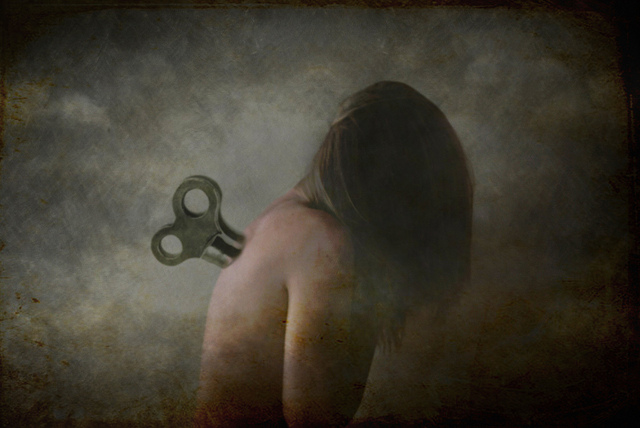 When the Academy Award for best Documentary Short went to CRISIS HOTLINE: VETERAN’S PRESS 1, its producer Dana Perry stood out like a napalmed thumb among Hollywood’s glitziest.

She dedicated her Oscar to the 15-year-old son she lost to suicide, declaring, “We should talk about suicide out loud.”

Perry later told reporters: “We need to talk about suicide out loud to try to work against the stigma and silence around suicide, because the best prevention for suicide is awareness and discussion and not trying sweep it under the rug.”

I took her statement to heart.

In the wake of my friend Gail’s suicide, I’ve become keenly aware that staying silent and putting on my fallback facade is to remain a doormat to shame.

Over the past five years, three of my treasured women friends—beautiful, brilliant women—made a conscious decision to leave this world.

Each woman’s life was ravaged by depression.

Each felt suicidal off and on throughout her life.

Each made her departure alone, and left private little hints that we recognized, in retrospect, as tender, thoughtful good-byes.

Choosing to die by one’s own hand is perhaps the single most personal decision an individual can make. It was certainly the most difficult choice ever considered by Gail, Janna and Bernadette.

I know. From experience. Having pondered. And pondered. And planned and cried and raged and begged for mercy and pondered some more. For a year and a half, I lived with a compelling urge to go off the rails, throw myself under the bus and make that ultimate choice.

Initially, I attributed my suicidal thoughts to a whopping case of insomnia, compounded by a love affair that capsized, a crushing business failure, the need to re-invent myself (yet again), the loss of my best friend to suicide. Stressors like these can bring even the most resilient person down. Pile on moving out of the home I’d loved for seven years, totaling my Lexus (and girl-cave) and suffering an injury that disallows exercise, and anyone who isn’t blessed with super-powers would be down in the dumps.

I had all but one of the diagnostic criteria for a Major Depressive Episode and several for anxiety disorder. I felt like a rat was gnawing away in my stomach 70% of the time. My speech was muddled, my eyes cast down, my gait reduced to a shuffle. The self I had known was nowhere to be found.

Clinical depression had stolen everything.

This went on for 18 months.

There. I said it.

Clinical depression renders its victims unable to take pleasure in activities that once brought them joy. Shrink-rap calls this anhedonia—the polar opposite of hedonism, the total absence of pleasurable sensations and emotions. Nada. Zip. Zilch. Zero. Your libido goes belly-up (and I’m not talking missionary position); your appetite becomes a live-wire flying around everywhere looking for comfort to no avail.

You know you are truly flying over the cuckoo’s nest when your inner-life is hijacked by a jet stream of negative thoughts that tell you God is insane and there is only one way out of this hell.

Everything you’ve known yourself to be—intelligent, loving, sexy, creative, friendly, articulate, energetic—it’s all gone. For months, even years. And your depression convinces you it will never come back.

You either know the territory or you don’t.

If you’ve never been there, don’t pretend to understand. It doesn’t help.

Don’t say, “Everyone is having a hard time lately.”

Or, “I was depressed until I chose to be happy and began to create my own reality.”

And if someone says, “I’m done. I want out!” please don’t say, “You’ll just have to come back reincarnated and do it again” or, “You’ll get stuck in the Bardo.”

Please don’t use hackneyed phrases like, “It’s a permanent solution to a temporary problem.” Or trite, ethereal phrases like, “You’re in your second Saturn return.” Quash your urge to flatter, “But goddess, you’re so beautiful!” or humor, “Sounds like your cheese has slid off the cracker.”

Better to say, “I don’t really understand what you’re going through, but I can see that you’re in pain. I wish I knew how to help. Is there anything I can do?” And then do whatever you can, respecting your means and personal limits.

One of my favorite teachers explains: “Depression is a different dimension altogether. It’s like quicksand. You can’t get out on your own. Fight it and you’ll get sucked down faster and harder. You have to relax and let people on solid ground pull you out.” If it weren’t for the handful of loved ones who pulled for me, it is highly unlikely I would still be here.

At the risk of over-sharing, I am compelled to tell you a little more of my story. My shame is screaming: “Don’t you dare say that out loud!” But I cannot keep this card cemented to my chest.

In the depths of suicidal depression and anxiety that was so debilitating I rarely left the house for an entire summer, I sought psychiatric help. The path was not a straight one—I saw four psychiatrists before I found one who didn’t shrink me into a diagnostic frame and straightjacket me with drugs.

It took a year to drill down an effective combination of thyroid medication, a mild pharmaceutical that modulates glutamine in the brain, essential fatty acids, vitamins and amino acids. I had to make lifestyle changes to re-establish my circadian rhythms: eating breakfast within half an hour of waking (still hard for me but I’m getting there), cutting out coffee (duh), taking a walk in the morning, avoiding bright lights in the evening, getting regular exercise, meditating daily.

Along the way, I’d occasionally see the light for a week, sometimes two. These glimpses of sunshine in the midst of an 18-month long Category 5 shit-storm were a lifesaver.

Recovering from depression takes time and patience. But treatment can work and recovery is possible. I tried to impress this on Gail and, in the last weeks of her life, insisted she get her butt to the clinic and talk to a doctor about anti-depressants. But her inner resources were tapped out. She’d suffered enough. It wasn’t a matter of being unable to let love in or love herself. She knew she was loved. She also knew that she could no longer stand to be buried alive by the pain that swallowed her up again and again.

If I could turn back the clock and do anything over, I wouldn’t have left it up to Gail to get to the clinic. I would have ignored her resistance to taking the spiritually-incorrect path of seeking psychiatric help and marched her down there myself.

What I wish People knew about Depression.

Your Thoughts Do Not Create Your Reality, Stupid.~