Global Conspiracy Making Through the Eyes of an Arab. 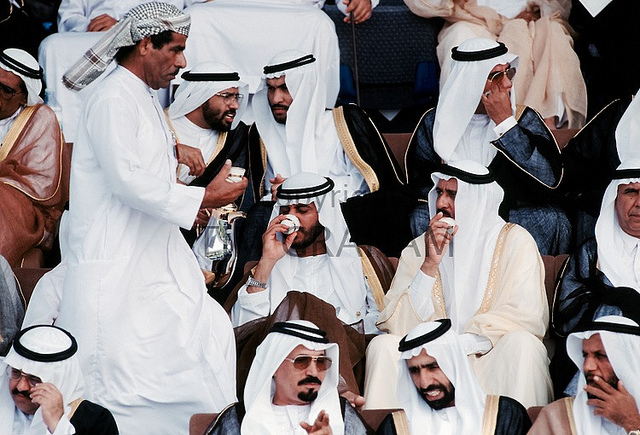 I’m a Palestinian refugee by birth, born and raised in Jordan.

I became aware of the discourse surrounding political events in the Middle East early on in my life. It is a region that underwent centuries of Western imperialism, American interventions, Israeli land grabs, and life under secular dictators which has left Middle Easterners prone to seek out conspiracies in their discourse. Conspiracies which I’m well aware, are often too real.

Thus whenever I participate in a discussion regarding politics in the Middle East, I find myself constantly countered by conspiracy theories. Every event is seen as the responsibility of Israel, the U.S. and the West, as part of a big plot to subdue our culture and civilization.

The scenarios vary. One indicates that whatever is happening is the result of the “new world order” plan, promulgated by the free masons; another refers to the greater Israel project that aims to occupy the “promised land” from the Nile to the Euphrates; others claim that it is part of the grand plan the U.S. has for the Middle East. In every instance, the role that we, the people of the Middle East, play in making these plans a reality is denied.

The rather unshakable belief that Israel would always play a role in shaping Middle Eastern politics stems from the history of a “conflict” that lasted more than 60 years. Israel has constantly been the winner in this “conflict,” and to justify our streak of losses, we have adopted an approach of denial of our own role. We became adept at deflecting the blame at all parties but ourselves.

One of the most mind-boggling conspiracy theories, constantly proposed by Middle Easterners, is that of how the Jewish occupants of the twin towers never showed up on 9/11. This basically turns the whole event into a big “Zionist” plot to spread Islamophobia. The Israeli government has done quite a bit to speed Islamophobia, through their own propaganda. But this specific theory is completely devoid of facts and logic.

The U.S. Department of State even published a piece in 2005, “The 4,000 Jews Rumor,” listing the names of 76 Jewish occupants of the Twin Towers who died in 9/11. The article also referes to surveys conducted by other sources stating: “a total of 2,071 occupants of the World Trade Center died on September 11, among the 2,749 victims of the WTC attacks.”

According to an article in the October 11, 2001, Wall Street Journal, roughly 1,700 people had listed the religion of a person missing in the WTC attacks; approximately 10 percent were Jewish. A later article, in the September 5, 2002, Jewish Week, states:

“Based on the list of names, biographical information compiled by The New York Times, and information from records at the Medical Examiner’s Office, there were at least 400 victims either confirmed or strongly believed to be Jewish. This would be approximately 15 percent of the total victims of the WTC attacks. A partial list of 390, out of 658, Cantor Fitzgerald employees who died in the attacks, lists 49 Jewish memorial services, between 12 and 13 percent.”

There is no denying that political agendas play a role in determining relationships among the key players, and the required courses of action to achieve the best interest of those players. But this is a global game that not only targets the Middle East. People the world over feel victimized by global political power games. After all this is what policy making is all about, making the best of any given opportunity even if it means infringing on the rights and freedoms of the public.

Additionally, one can debate that the U.S. foreign policy has been formulated on the basis of political philosophies, such as, Francis Fukuyama’s The End of History, which stipulates that a particular political, economic or social system may constitute the end-point of humanity’s sociocultural evolution and the final form of human government; or Samuel P. Huntington‘s The Clash of Civilizations, where he theorizes that people’s cultural and religious identities will be the primary source of conflict in the post-Cold War world. Such theories have influenced American foreign policy making but they are not conspiracies.

My criticism of conspiracy theorists is that they portray the Middle Eastern public and their leaders as puppets or chess pieces played by the West. This line of thought resembles that of Orientalism, which treats the orient as a weak inferior community and culture, requiring the aid of the occident for development and improvement to become more like the West. Moreover, this line of thinking disregards the fact that the leaders of the Middle East have their own interests to protect, and as such are key players in creating and manipulating political events within the region. As the American political system becomes increasingly flooded by big money, we can see the same process at work. Ordinary people are turning more and more to outlandish conspiracies to explain mundane political events.

Conspiracies that place the West at the center of all of the problems in the Middle East, like that suggesting the Islamic State of Iraq and the Levant (ISIL) are a creation of Israel and/or the West, victimize such extremist groups and suggest that solutions must also come from the outside, as if to say that the Middle Eastern public has no will of its own and cannot decide for themselves how such an issue is to be resolved.

Such perceptions and theories, especially when promoted by Middle Easterners, are extremely dangerous and detrimental to the development of a public will that can combat ideologies like that of the Saudi Wahhabis, who, in my opinion, contributed significantly to the creation of ISIS, through their determinist ideology that completely abolished the free will of individuals. Wahhabism is currently the sole source of jurisprudence for Islamic extremism

However, as Zack Beauchamp points out in Vox:

“That’s not to say you can absolve the West completely. Foreign invasions of Muslim countries clearly played a role in fueling the growth of violent Islamist movements. The U.S.-led invasion of Iraq, for example, created widespread chaos and violence, and that chaos and violence gave way to extremism. But the West is only one among a variety of factors at play in the broader 20th and 21st-century trend of Islamist extremism. Other factors have included the prevalence of dictatorships in the Muslim world, Sunni-Shia sectarianism, and, yes, theological doctrines developed by modern Islamists such as Muhammed ibn Abd al-Wahhab …”

Conspiracy theories have become an instrument used to deflect attention from the root cause of the problem, which is the lack of public empowerment in the Middle East. I have witnessed all of this firsthand in the constant refrain that it is all a part of a big plot about which we can do nothing. People in this region have become so used to believing that they have no power for self-determination that they constantly wait for external interference to make things better, leading to self-imposed Orientalism.

The solution to any adverse political event within any populace must come from within, the political decisions must come from within, and the right for self-determination must be practiced by the public in order to create public ownership and assure sustainability of peace, justice and freedom. Any external interference might at best treat the symptoms but definitely not the cause, and for this the public of the Middle East must take things in their own hands, identify and fix their own flaws, instead of blaming their misery on the external powers that be. This will come at a cost, mistakes will be made, yet the road to self-determination is a bumpy one that ends with complete autonomy of the people and the achievement of political, social and economic stability.

Photo:  Flickr/Tribes of the World 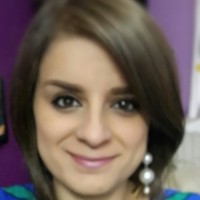