Power to the People: Nelson Mandela Quotes I Live By. 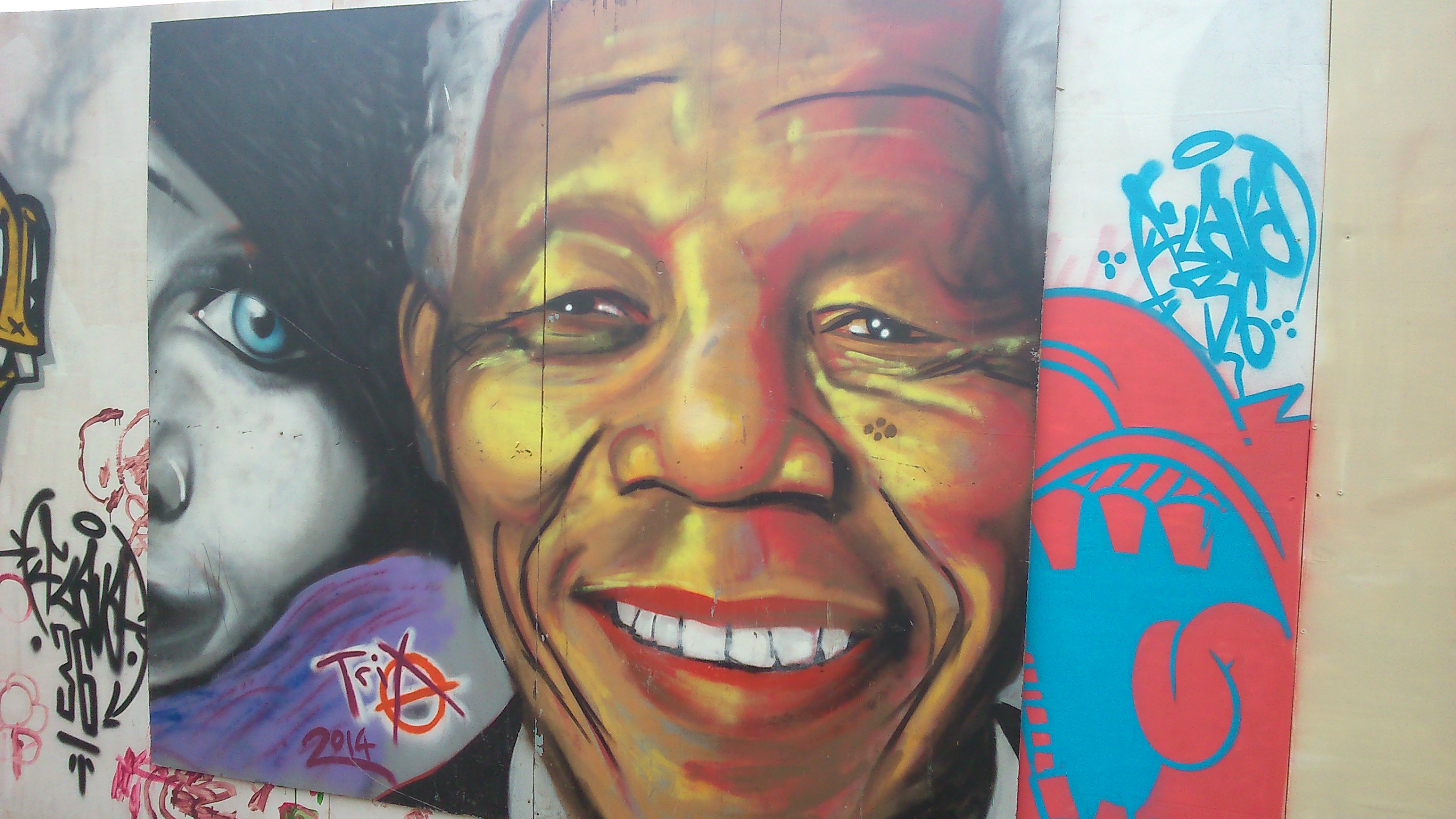 I grew up in Apartheid South Africa. Protest was an almost daily occurrence. People were frustrated and they wanted their freedom.

“Amandla Awethu” was a phrase commonly used during the struggle.

The leader of a group would call out “Amandla!” and the crowd would respond with “Awethu”

This literally means: power to the people!

Nelson Mandela became an international icon during this time. He won the Nobel Peace Prize for his efforts to bring about a war-free transition to democracy. He was instrumental in bringing an end to the system of Apartheid and encouraged change through peaceful resolution.

He was also a great believer in the power of the individual and used his own life to demonstrate the limitless possibilities we are each capable of achieving.

He has always been an inspiration to me.

Everywhere we look the oppressed are crying out for freedom.

Many of us seek that freedom on a deeply personal level in a quest to break free from the chains that bind us to anything or anyone that no longer serves us.

Often, the road ahead appears overwhelming and we become disillusioned. During these times it is important to remember that things can and do change and, that we have the power to affect that change.

For me, it helps to look to those I admire for inspiration and motivation. With that in mind, I’ve compiled a list of some of my favorite Nelson Mandela quotes. May they inspire and motivate you as well!

“I am the captain of my soul.”

“For to be free is not merely to cast off one’s chains, but to live in a way that respects and enhances the freedom of others.”

“As I walked out the door toward the gate that would lead to my freedom, I knew if I didn’t leave my bitterness and hatred behind, I’d still be in prison.”

“The first thing is to be honest with yourself. You can never have an impact on society if you have not changed yourself… Great peacemakers are all people of integrity, of honesty, but humility.”

“During my lifetime I have dedicated myself to this struggle of the African people. I have fought against white domination, and I have fought against black domination. I have cherished the ideal of a democratic and free society in which all persons live together in harmony and with equal opportunities. It is an ideal which I hope to live for and to achieve. But if need be, it is an ideal for which I am prepared to die.”

There is nothing like returning to a place that remains unchanged to find the ways in which you yourself have altered.

“May your choices reflect your hopes, not your fears.”

“I have walked that long road to freedom. I have tried not to falter; I have made missteps along the way. But I have discovered the secret that after climbing a great hill, one only finds that there are many more hills to climb. I have taken a moment here to rest, to steal a view of the glorious vista that surrounds me, to look back on the distance I have come. But I can only rest for a moment, for with freedom come responsibilities, and I dare not linger, for my long walk is not ended.”

“I learned that courage was not the absence of fear, but the triumph over it. The brave man is not he who does not feel afraid, but he who conquers that fear.”

“I am fundamentally an optimist. Whether that comes from nature or nurture, I cannot say. Part of being optimistic is keeping one’s head pointed toward the sun, one’s feet moving forward. There were many dark moments when my faith in humanity was sorely tested, but I would not and could not give myself up to despair. That way lays defeat and death.”

“Resentment is like drinking poison and then hoping it will kill your enemies.”

“No one is born hating another person because of the color of his skin, or his background, or his religion. People must learn to hate, and if they can learn to hate, they can be taught to love, for love comes more naturally to the human heart than its opposite.”

“Overcoming poverty is not a task of charity, it is an act of justice. Like Slavery and Apartheid, poverty is not natural. It is man-made and it can be overcome and eradicated by the actions of human beings. Sometimes it falls on a generation to be great. YOU can be that great generation. Let your greatness blossom.”

“One cannot be prepared for something while secretly believing it will not happen.”

“A nation should not be judged by how it treats its highest citizens, but its lowest ones.”

“I had no epiphany, no singular revelation, no moment of truth, but a steady accumulation of a thousand slights, a thousand indignities and a thousand unremembered moments produced in me an anger, a rebelliousness, a desire to fight the system that imprisoned my people. There was no particular day on which I said: Henceforth I will devote myself to the liberation of my people; instead, I simply found myself doing so, and could not do otherwise.”

“What counts in life is not the mere fact that we have lived. It is what difference we have made to the lives of others that will determine the significance of the life we lead.”

“There is no easy walk to freedom anywhere, and many of us will have to pass through the valley of the shadow of death again and again before we reach the mountaintop of our desires.”

“Man’s goodness is a flame that can be hidden but never extinguished.”

Bonus:  A powerful video that clearly demonstrates his greatness.