The Process of Purification: Removing Blockages. 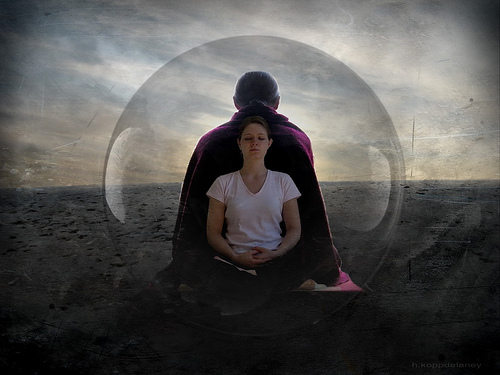 Have you noticed that your mind often returns to a particular memory or feeling that may be related to certain individuals with whom you have unresolved issues?

Or they may be associated with past experiences which were very pleasurable for example food, sex or winning in some competitive sport? Or they may be associated with experiences that were difficult, that you fear repeating: being physically attacked, a divorce, an embarrassing situation, rejection by others? Have you ever wondered why this happens?

In the literature of Classical Yoga and Tantra, these are referred to as vasanas or tendencies and, in modern discussions of the “body-mind”, we might hear them referred to commonly as blockages.

In the course of a single day, thousands of things are experienced through one or more of the five senses. Most of them pass through us, we don’t give them a second thought. But some of them set off a chain of thoughts and feelings, linked to memories and blockages: those that are problematic ones or those which involve some extraordinary pleasure.

The experiences, that get stuck and form blockages, are ones to which we cling to.

Clinging means:  “I don’t want this one to go away. What happened was so pleasurable, it made me feel so great, that I don’t want this feeling to go away.” For example, you learn that you are going to get a promotion and a big pay raise. You start to fantasize how your life is going to change for the better as a result and start building castles in the sky. Or it may involve some worry, for example that in investing your time, money or energy in some project, you will lose your investment. So you continue to worry about it.

We cling to what causes us suffering, including feelings of anger, sadness or resentment, foolishly believing that if we dwell on such feelings long enough they will transform themselves into some form of happiness. Instead of making a small but deliberate and immediate effort to let go of them we allow them to hang around and to reinforce existing blockages formed in the past.

Blockages are the accumulation of energy around unresolved experiences. They are a by-product of the egoistic perspective that “I am my body,” and “I am my memories,” and “I am my emotions and feelings.” Egoism, the habit of identifying with the body, the emotions and the movements of the mind, contracts consciousness around any and all experiences. Among the millions of experiences that life brings, however, we get hung up on those which are related to blockages formed in our past. We prefer to cling to these rather than letting them pass by with the rest of them on the way to the infinite ocean of our being.

As we go through life in this way, we gradually accumulate thousands of blockages. At a certain stage in their development they combine together to form samskaras or habits, which then control out behavior and form our karma. Consequently, our energies move in fairly predictable ways, seeking the same objects of desire, avoiding the same edges which take us out of our comfort zone, reacting to situations emotionally rather than consciously.

The practice of yoga is more than anything a process of removing these blockages. In this process of purification, you first begin to notice them during meditation and again by recording them in a meditation journal. The act of recording your meditations in a journal provides the opportunity to transform what was a subjective experience like “I was worrying about X” into an objective one, when put on paper and observed from the perspective of your true self (the witness).

The process of removing these blockages occurs in real time whenever you make the effort to let go of them, to cease to worry, to fantasize, to dwell on them, to let them pass by. This is a moment to process and it requires discernment and effort.

This process does not preclude making efforts to change things “out there” when events occur. You deal with situations and problems skilfully when they require action.

Yoga is skill in action. You maintain your center and seek intuitive guidance. You act consciously, without ego-bound preferences. You speak, only after reflection, what is necessary, what is helpful. This process of purification, of “working on yourself,” addresses the tendencies, the vasanas, which oblige the mind to worry or to fantasize after the events and their problems have been dealt with.

The ego makes the mistake of trying to find happiness by imagining what it needs to occur. When life does not deliver this, the ego compels enormous efforts to change things until either they do or until it gives up in frustration and depression.

The yogi, on the contrary, realizes that one can choose not to cling to familiar sources of pleasure or worry. The yogi focuses his or hers attention inside, on the movements of the vital body, on desires and emotions, the likes and the dislikes and chooses to let go of them. He/she seeks to remain calm, “equal-minded,” as the witness and, in doing so, he finds immense joy, moment to moment.

Self-realization is the means and the objective of the yogi. Faced with events, he/she is calmly active and actively calm. The yogi fulfils his or her duty, as the karma yogi, unattached to the results, recognizing that one is not the doer—one is an observer, turned and surrendered to the Lord, who does it all through his agency of Shakti, Mother Nature and human nature.

The regular practice of the first meditation technique taught in Babaji’s Kriya Yoga is the pre-eminent means of cleaning up the vasanas. It is Patanjali’s recommended method, involving vairagya or the cultivation of detachment.

So you have a choice to make: you can either try to change what is going on out there so that your blockages are not disturbed, so that your buttons are not pushed, or you can become a wise yogi and go through this process of purification.

Instead of acting or making decisions based upon what blockages have been disturbed, find your center and simply watch the movements of the mind rise and fall—sit deep within and allow them to dissolve in the ocean of your being. Aspire for the highest state of being that you can imagine and concentrate on it.

Your heart will open and what you are not will dissolve. 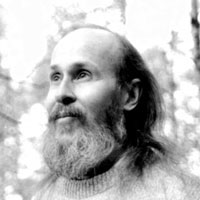