The (Un)Sustainability of Festival Culture 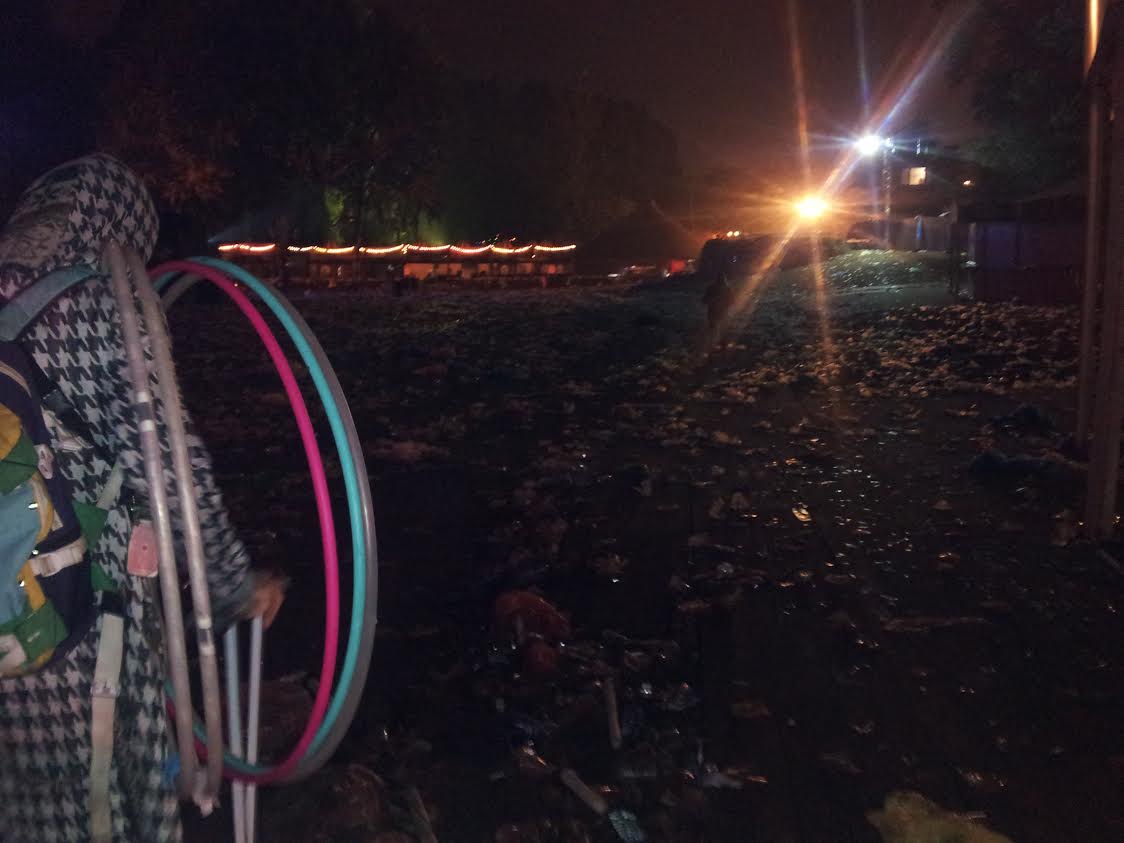 Every year, millions of young, enthusiastic, idealistic partygoers descend from all-over to attend the latest and biggest festivals in the United States, Europe, and beyond.

Whether Mysteryland or Boom, Coachella or Fusion, these gatherings mean much more than merely dancing for hours or hearing the newest tracks from your favorite DJs. Music festivals are meeting places for diverse energies, diverse lifestyles, and are key locations where trends are made.

New DJs get their first crack at mass audiences, revered artists hypnotize dancers with their beautiful creations and VJ projections, and the latest vendors sell hip clothes and accessories.

But what is less talked about—though certainly is no less important—is how these same festivals serve as ambassadors of culture and consciousness for a generation actively looking for alternatives to the nihilistic and unsustainable default culture of consumption advertised to us in our everyday lives. These festivals symbolize a way to mark time, to break up the year, like Christmas or New Years. “Remember Burning Man 2012!?” a friend might ask to another, jogging memories of the good old times.

Festivals help us log our growth as persons, remember past romantic interests, recall our employment, our passions, and they also are indicators of where we are as a culture, how our cultural consciousness is changing.

As both a professional environmentalist and a professional DJ, performer, and circus freak, I have a unique opportunity to both be in the middle of the flow of festivals, as well as to reflect on what we are doing with a critical eye.

No stranger to the festival scene, my first major one was in 2003—Burning Man, the leave-no-trace event in the Nevada desert that draws over 70,000 people for an entire week of the most intense yet reflective partying on the planet. And you know what it looks like the day after everyone leaves? It looks like desert; alone, quiet, without all the party gear the participants brought with them and consumed (though as less acquainted participants have arrived, this has rapidly changed in recent years).

At Burning Man you will find (arguably) the craziest party in the world, enough drugs to melt the military, and glowsticks, lights, bicycles, tents and tent stakes, art installations, and million dollar sound systems (hundreds of them). But you won’t find cigarette buts tossed carelessly (or is it arrogantly?) on the ground, MOOP (Matter-Out-Of-Place), discarded water bottles and drink containers, beer bottles, cups, orphaned costumes, or kilometers of plastic, plastic, plastic.
Nope. There is a strong ethic that has been developed and propagated over generations of Burners that mitigates against the less aware, less conscious noobs ruining it for all of us.

We realize that this lifetime isn’t to be wasted.

That waking up to the negative effects our actions have on others, other humans and non-humans, is a necessary part of being a full-functioning human being, of realizing our potential. But our responsibility isn’t a burden, it’s a gift that allows us to live more harmoniously with all that we encounter. It allows us to see more clearly our own actions rather than pretending that we’re having a good time when a part of us nags our conscience, when we know our pleasure causes harm to others. And in making our ecological footprint a little more fair – we also come to terms with our not-always-so-fair past – colonialism, of course, but also the fact that if everyone in our world live like Americans do now, we would need 7 earths to support all of our consumption!

But this movement towards a better, more fair society, takes action so that our kids can also live on a decent planet, rather than carelessly burdening them with the consequences of our enjoyments.

While festival culture generally tends to think of itself as progressive and ahead of the curve, when Obama and the EPA make pledges to lower US emissions by 30% by 2030, with few exceptions, festivals are lagging behind rather than charging ahead.

A couple years ago, I performed at one of Europe’s biggest festivals, Mysteryland, and had a blast. But when we finally left, I encountered massive amounts of trash, plastic up to my shins, as far as I could see. I’m not dissing the event, but I am questioning the logic of its environmental planning and the sustainability of such festivals.

Sure, when I contacted the Mysteryland promoters, they just blew off my concerns as, “well that’s just Dutch culture to throw trash on the ground.” They also added, that such lack of manners is acceptable because they hire people to clean everything up afterwards. But some of the behavior I saw; drunks flicking cigarettes into the stream, dudes drinking a beer and then throwing the cup into the bushes, made me realize that no amount of clean up can make things go back to how they were. Festival-goers, with the blessing and complicity of the Mysteryland organizers, were permanently making their festival grounds worse, not better.

And if this is the behavior of our fellow partiers when everyone is watching, when everyone wants to put their best foot forward, imagine how such people act when they’re not trying to impress this boy or that girl!

Following up, I also read through the parent company of Mysteryland’s (ID&T) “Industry Green” Report from their environmental certifier Julie’s Bicycle. No offense, but there’s a lot of companies happy to take your money for a bit of greenwash. Self-reporting of emissions and energy use, no in-depth questioning of the basic business assumptions of late capitalism, and a self-congratulatory format allowing positive ratings even if (self-reported!) statistics get worse year-to-year rather than better?

One must question the whole green reporting industry itself if Julie’s Bicycle is representative. The complete lack of oversight and outside assessment, and the structural problem that because such reporting is privatized, if ID&T doesn’t like the “results” of their “rating” they can always take their business to a different consulting company means that the green certifier Julie’s Bicycle can never really tell ID&T what they need to hear, for fear of losing business. Or perhaps they just have standards so low that they are virtually meaningless.

Compare with the Oregon Country Fair. This festival own their land, so they are stewards of their festival land. They make super clear that everyone entering their event is on the same page, that trash goes only in trash or recycling bins, and that if you litter, that you will be asked to leave. Likewise Lightning in a Bottle, in California, has a no-water-bottle policy. You must bring your own. Vendors only offer compostable-biodegradable containers and cutlery, so everything at the food booths can be composted.

Fusion, in Germany, likewise has a clever idea of Pfand (deposit), where festival-goers themselves are responsible for the trash clean-up, and get 10€ back for their efforts. But while Fusion at the end of the festival (of 4 days) was much cleaner than Mysteryland after 12 hours of partying, the Germans habits are certainly no more aware than the Dutch. A perverted reactionary idea of freedom drives German partiers to – just like the Dutch – trash the grounds, cigarette butts, broken glass, and all, and think that somehow cleaning it up afterwards is going to do the trick. It’s not.

Since the UN Summit on Sustainable Development in Rio de Janiero in 1992, the mantra of environmentalism has been “Reduce, Reuse, Recycle.” Clearly, that trinity hasn’t cut it for the reality we face, and even this low bar isn’t being followed. We can all have just as good of a time if we take responsibility for our trash preventatively, not as an afterthought where it is impossible to get all the plastic out of the soil and water. And we can have a better time partying, waking up the next day feeling 100% good that not only did we party like it was 1999, but with a clear conscience about our relationship with nature.

Simple steps can be taken by festivals to take the lead in environmental care:

* Offer free water (like Mysteryland and Fusion do), and get rid of the sale of
disposable plastic bottles
* Include a Pfand for all containers, high enough that people have incentive to return them (2-5€ for example)—get rid of disposability and one-time use
* Include on festival tickets, info, and websites, the fact that we’re trying to do good for the world while also having a good time! Meaning, if you smoke, bring your own pocket ashtray, use biodegradable filters, and support an atmosphere that is enjoyable for all
*Have all food items served on/with biodegradable recycled materials
*Position ample trashcans/recycling/compost bins strategically all over the festival, and make sure they are changed when full
*Partner with green organizations to help people before the festival reduce their ecological footprint (busses to festival, car sharing, etc.)
*Using the profit from festivals to buy your own land, so structures stay, and with permaculture, the festival can become more and more lush and beautiful every year

It’s time for the unsustainability of festival culture to transform into our collective vision for a future ecologically and socially integrated with our love for life and connection. With all of the bumping music and amazing art, let’s fully embrace the reality of one festival’s on-target motto: “Leave It Better, Leave It Beautiful.”

My English Summer: Confessions of a Festival Junkie 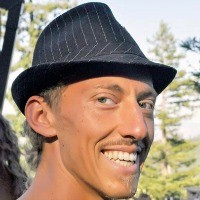