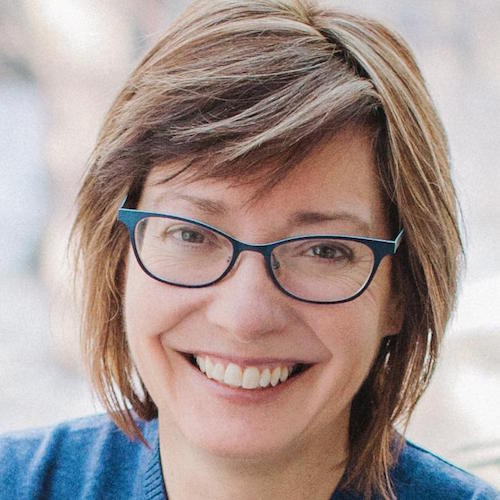 Professor Alice Dreger, a medical ethics professor at Northwestern is setting the internet abuzz by live tweets of her son’s sexual education class.

Appalled by what she deemed the complete lack of transparency and the fear mongering in the class, she took to Twitter. Prof. Dreger found the comparison of using contraceptives to rolling the dice and other inflammatory rhetoric particularly problematic.

Her only regret? Not the tweets but swearing in front of the students at the end of the class.

Prof. Dreger importantly tweeted an important but often-repeated false analogy that those students and teenagers who choose to have sex are almost instantly a deviant. Sex, protected or not, leads down the primrose path of drugs and rock and roll.

Her tweeting wasn’t just comical, but brought a worldwide conversation about what is appropriate to teach our students. Do we trust our students with information and have them make informed decisions or do we scare the sex out of them? Statistics show that despite the often-used scare tactics, abstinence only education simply doesn’t work.

Principal Coby Fletcher, principal of East Lansing High School released a statement yesterday stating, “Abstinence-based instruction teaches that abstinence is the only way to be completely safe, but the curriculum also reviews contraception choices. This parent attended on a day where abstinence was being taught.”

While its important to note that the experience was not normal classroom discussion, according to the principal, we should more clearly communicate with our students using rational and kind dialogue to communicate complex issues as opposed to scaring them into non-compliance.

Sexual education is a place not just to teach yes, no or maybe so, and how to stop pregnancy, but to begin a lifelong relationship with your mind and body. It is the perfect opportunity to begin this lifelong dialogue about appropriateness and choice, whether it be contraception or romantic relationship. Creating a dynamic of fear around sex does not support this noble goal.

Here are some of Prof. Dreger’s unedited tweets during the class:

@alicedreger: The kid has invited me to his health class on sex ed to see how bad it is, so I’m going. But hands over my mouth means I can’t live-tweet it

@alicedreger: Uh oh. They stuck me in the corner with my computer and there is wifi….so I can live tweet this. We still pledge loyalty to the flag, huh?

@alicedreger: I can’t stand this. They’re teaching “abstinence stories” that worked and non-abstinence” stories that “led to consequences.”

@alicedreger: The visitor-teacher is telling my kid abstinence education reduces premarital sex. My kid is trying to show her studies that dispute that.

@alicedreger: She’s being completely condescending. “You can look up anything on the internet” Then refers him to site on abstinence education!

@alicedreger: I feel like raising my hand and saying “Can I tell my sexual history, which involves a lot of pleasure before and during marriage?”

@alicedreger: And how I’ve had a lot of lovers and have never gotten pregnant by accident? Yes, I had HPV! And I would get the vaccine!

@alicedreger: In fact I have had the vaccine!

@alicedreger: Now we’re hearing a horror story about marijuana use.

@alicedreger: The regular health teacher in trying to shut my kid up referred to “LGBYT.” And how the board decides what we learn.

@alicedreger: The guy telling the “abstinence” story is now telling us about having sex as a teenager. I’m confused.

@alicedreger: Now he’s talking about getting a girl preg and them hiding it from their parents. Yup, that’s what sexual shame does, dude!

@alicedreger: Preg girl got picked on so her friends desserted her. That’s what happens if you have sex, kids! Yup! Pregnant and NO FRIENDS!

@alicedreger: He and the girl both had alcoholic fathers. But somehow he’s not recommending never drinking.

@alicedreger: The whole lesson here is “sex is part of a terrible lifestyle. Drugs, unemployment, failure to finish school — sex is part of the disaster”

@alicedreger: This guy really thinks this story of “I f***** up for years and years” is going to lead to other kids not f**** up.

@alicedreger: Whereas the lesson I would take is “sometimes it takes years to get your s*** together, and that’s okay”?

@alicedreger: Oh and of course, now a story about a friend who OD’ed and “was a vegetable 11 years. Tore their family apart.” FFS. Welcome to sex ed.

@alicedreger: This whole story of OD’s, people in prison, out-of-marriage pregnancies is ironically a story of this guy’s resilience and normalcy.

@alicedreger: “I have a daughter whose 21 and I would go absolutely nuts if I knew she ever let a stranger into her house.”

@alicedreger: “I finally met a great girl who was brought up in abstinence, and her life was so much better. I put her on a pedestal above everyone else.”

@alicedreger: “I liked her so much [I so wanted to **** her] I decided to change my lifestyle and go with abstinence [until I could F*** her].”

@alicedreger: “Two years after we started dating I asked her to marry me and we’re 8 years married.” And I’ll bet yer f****, aren’t ya!

@alicedreger: “We’re not saying having sex is a bad thing. My story I can say having sex was a bad thing for me because I craved it.”
You might get that 400th box.” BE AFRAID

@alicedreger: “You’ll find a good girl. If you find one that says ‘no,’ that’s the one you want.” HE ACTUALLY JUST SAID THAT.

@alicedreger: “We can look up things on the internet but until you live that lifestyle you won’t see it the same.” The whole talk is “lifestyle.”

@alicedreger: Now the woman is up. “Sometimes condoms fail.”

@alicedreger: She says “it is absolutely better to use something than nothing” in terms of birth control. “But it can fail.”

@alicedreger: She’s now telling story of condom box in which EVERY SINGLE CONDOM HAD A HOLE.

@alicedreger: She says per the FDA 1 out of every 400 boxes of condom can be totally defective. “You might get that 400th box.” BE AFRAID!

@alicedreger: About 18% chance a condom will fail, she says.

@alicedreger: “On average 1 out of 6 times there is a mishap with a condom.” “Every day in US 1600+ teen pregnancies.” Lesson: condoms fail? WTF?

@alicedreger: Condoms. They fail. You get pregnant. Your friends leave you. You drop out of school. Your kids end up in the army.

@alicedreger: “We are going to roll this dice 8 times. Every time your number comes up, in pretend your condom failed and you get a paper baby.” J****!!!

@alicedreger: Paper babies are being handed out to EVERYONE. They have ALL HAD CONDOM FAILURE AND THE WHOLE CLASS IS PREGNANT.

@alicedreger: “You have to have a baby!” There are apparently no scissors in the room for paper abortions.

@alicedreger: “I’m going to collect the babies that you don’t want. We recycle them.”

@alicedreger: “Safe sex is kind of a misnomer.”

@alicedreger: It’s over. I need a drink.

@alicedreger: I can’t get up. I’m too stunned.

5 Things I Wish I Was Taught in High School Sex Ed.