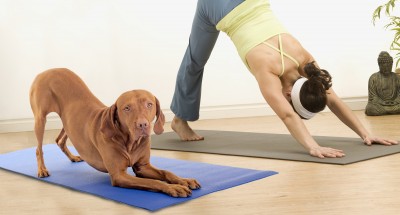 It was a feeling groovy spring morning—sunny blue sky, 64 degrees.

Twenty minutes into our little community yoga class, I was a wisp away from being in that elusive “present moment.” A man suddenly bursts into the studio.

“Did someone leave their dog in the car?” he fumed at a decibel just slightly above a normal speaking voice. It sounded like a scream. The six of us twisted toward the door, our torsos still facing the mirrors on the opposite wall.

He donned a multicolored, knitted cap with yarn braids and Birkenstocks. “That’s animal abuse,” he said, leaning into the room.

It took me less than five seconds to careen from peacenik to profiler. You self-righteous, intolerant, presumptuous, malnourished vegan son of a helicopter mom, I thought.

The young woman with the dog in the car fessed up. “Yes. But I left the windows cracked open.”

“It’s still abuse. He could die. Animal Control will be called,” the angry wastrel blurted before stomping out. Top of the mornin’ to you, too, Laddie. Namaste.

Our instructor immediately put us into downward facing dog. A half hour later in corpse pose, resentment lay in my belly like a bacon cheeseburger. You could feel the pall of shame in the room as we quietly rolled up our mats and put away our props. This situation would have been a real test for the ancient sage cleansing ritual. The accused wasted no time getting to her car.

As the rest of us filed out a gentle breeze lifted my bangs. “I think that guy was over the top,” I muttered to one of my fellow yoginis.

“His heart was in the right place,” she said. I found her level-headed detachment unsatisfying.

When I got home I shared what happened with my daughter, Maddy, who is Spock-like in her ability to apply logic to any situation. I was sure she would back me up. “It can get pretty hot in a car when it’s sunny. Solar energy is powerful. Animals and toddlers die that way, Mom.”

“But it was cool out, and it was only an hour class,” I squeaked. She gave me the side eye.

I began to wonder who deserved the moral outrage—me, the interloper or the dog (I managed to factor out the dog’s owner altogether). My (not always so beautiful) mind took itself on a dark, cross-country jaunt. I imagined a scenario where the dog dies of dehydration just as we chant om. Another where the guy comes back with an assault rifle and, thinking us all entitled, thoughtless narcissists, takes us out.

And even a best case scenario. This was an innocent little rom-com trope, where—after a series of unfortunate and hilarious misunderstandings—the first disastrous encounter evolves from hate, to love-hate, to love-love.

There’s a reason why yoga is referred to as a practice. It’s not about six-pack abs or getting my foot behind my ear. It’s about letting go of judgment and being at peace with the way things are. This is challenging most days—on this day I found it impossible.

And yet, these six years of practicing yoga has taught me to watch, to observe my mental machinery. So there’s that—the opportunity to be once removed. To be onto yourself.

The Bhagavad Gita––the ancient Indian text studied by some of the great thought leaders of the modern age—says: “Yoga is the journey of the self, through the self, to the self.” While that may sound self-centered, the opposite is true. Over time it allows us to detach from the mercurial mirage of who we are as defined by the physical world, and pan back—way back—until we tap into a power infinitely greater than ourselves. When we’re freed from the business of colon spelunking—no longer one with the hole—we become one with the whole.

Mahatma Gandhi said we should “try to get to zero” in order to free ourselves from suffering. Easy for you to say, Gandhi.

It’s easy to forget, slip or regress. That morning in the studio, my inner teacher checked out when fear checked in. I grew fixated on the other and inflated with me.

The mind is a marvel. It takes itself way too seriously, always scanning for problems, never ceasing until it latches onto one. It’s a continuous loop of scan, latch, solve, sort—spitting and backfiring as it grinds away. And when the mind gets shocked by something out of left field, it can either ground you like a strict parent—or blow a gasket, spewing out infinite possibilities and false assumptions.

Thoughts are the ultimate free radicals.

An old professor once told me, “The tyranny of the false assumption is absolute.” Once we attach to a belief (that guy may be an animal rights advocate but he’s still an asshole) our conveyer belt of thought becomes quite The Overlord. Why else would I exchange feeling groovy all day for slavish obsession with someone else’s behavior?

Wowser. Crack a window, I need a deep breath of freedom.

In Defense of Hipsters. 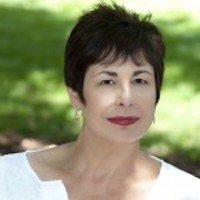